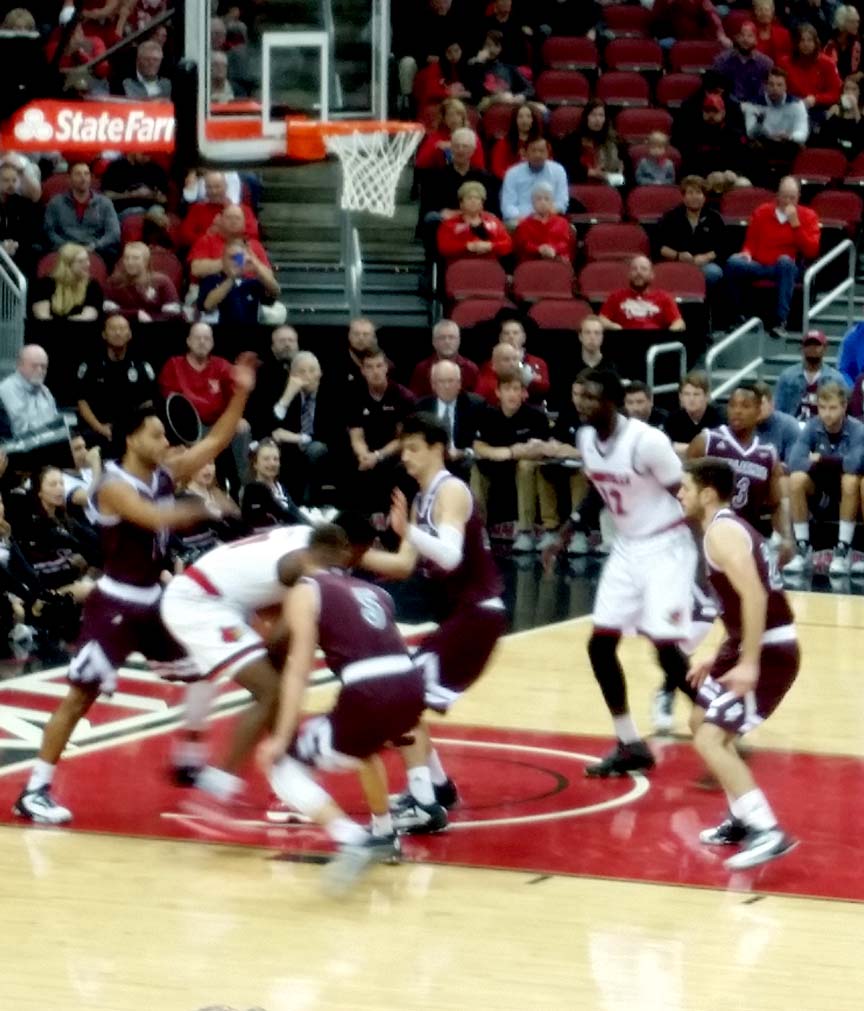 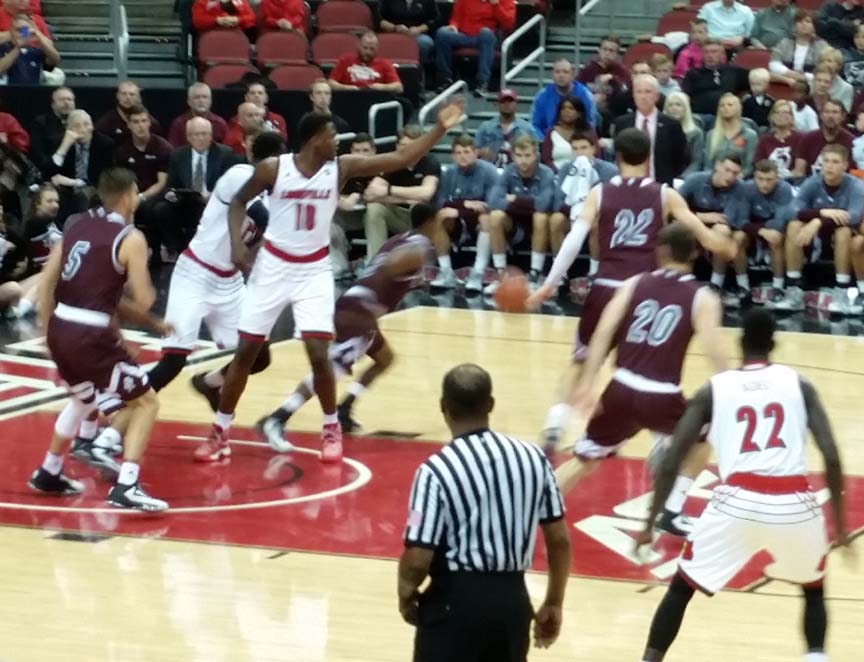 U of L has rough 2nd half – Photo by Jason Sheehan

RICK PITINO Video – U of L vs Bellarmine

Perhaps, the thing that got Pitino’s ire the most was the lack of passing in the second half.  The Cardinals had eight assists in the first half, but only three in the second.  Pitino said, “Well our guys didn’t pass the ball.  Donovan was interested in scoring, Q (Quentin Snider) was interested in scoring and when they get to the level where a pass is more important than their score, that’s when you’ll have a really good offensive basketball team.  It’s been there, and I give them a lot of credit, it’s been there, tonight it wasn’t there. Sometimes when you play for a lead, you hunt shots more than hunting the pass.  The mature thing is hunt to pass.”

Donovan Mitchell and Deng Adell led the Cardinals in scoring with 13 points each.  However, they only had one assist between them.

Graduate transfer, Tony Hicks, played a much better game than the first as he scored 12 points and had two assists in only 12 minutes of action.

Bellarmine was led by George Knott who scored 15 points and made 6 of his 7 shots from the field.  Adam Eberhard was their other double figure scorer finishing with 13 points.  Rusty Troutman, Bellarmine’s All-American candidate, was held to nine points on 2 – 10 from the field, but did grab a team high nine rebounds.

Louisville’s next game is this Friday against the Evansville Purple Aces at the KFC Yum Center at 7:00.