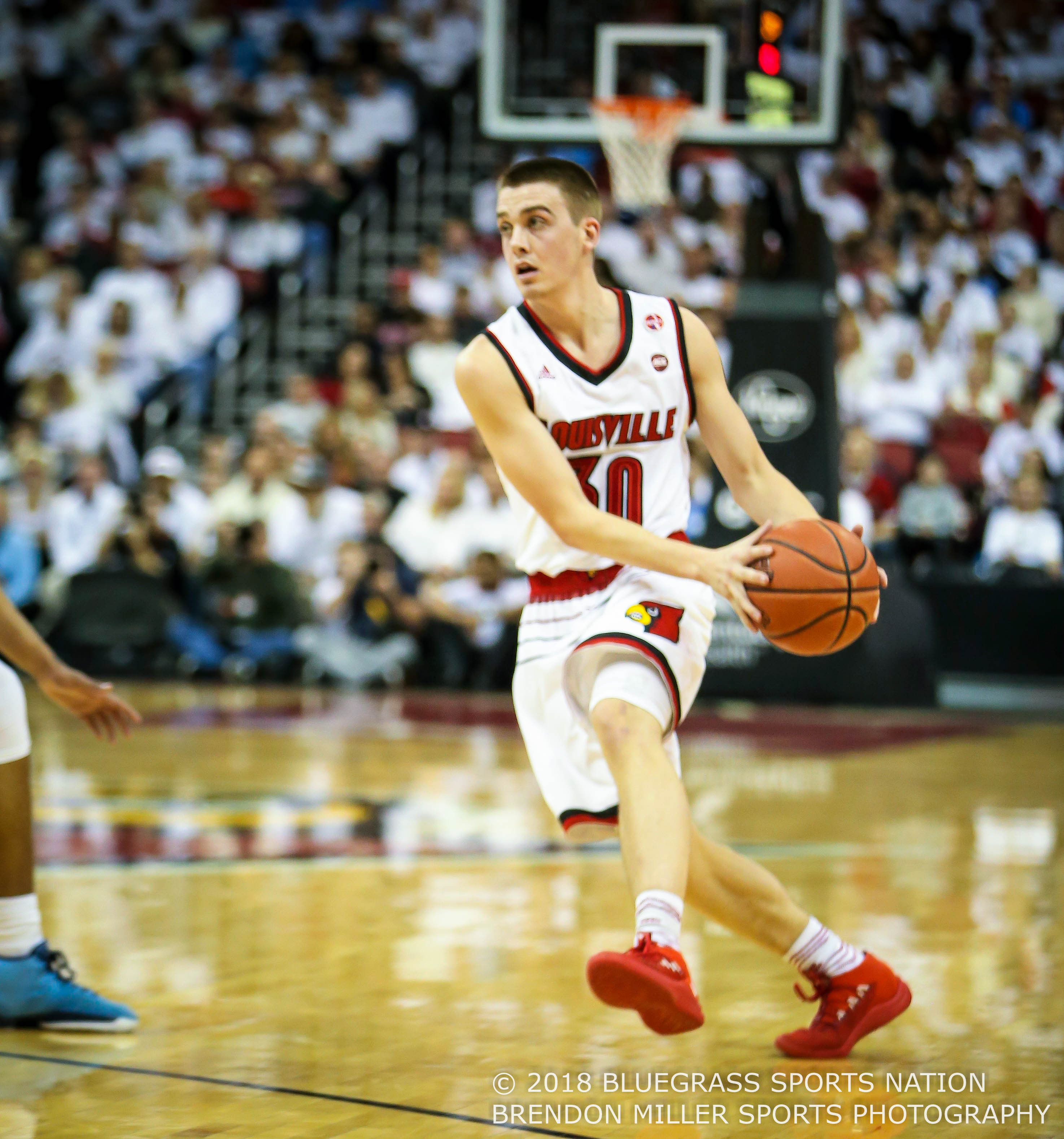 The Louisville Cardinals came into Tuesday night looking for a statement win to show that the rebuilding process is well ahead of schedule in Chris Mack’s first season as head coach. Standing in their way were the Michigan State Spartans led by one of the greatest in the business, Tom Izzo. The Spartans came into the Yum! Center ranked #9 in the country with a record of 5-1 and fresh off a championship run at the Las Vegas Invitational.

From the tipoff the Cardinals made it known that they had come to play, and after a Darius Perry jumper the cardinals took the early lead 9-8. Louisville would not look back the rest of the first half as they played inspired basketball in front of a lively home crowd to go into the half with a 38-32 lead. The big story of the first half and a major reason for the Cards halftime lead was the stellar play of Junior guard Ryan McMahon. McMahon came out firing and started the game 3-3 from downtown with each jumper coming at key moments to build the Cardinal lead and take the sails out of a Spartan run.

The Cardinals began the second half playing the same way the ended the first half as they saw their lead grow to double figures quickly. But, to nobody’s surprise the Spartans, led by veteran guards Cassius Winston and Joshua Langford, were not going to go down so easily as they slowly but surely made it a one possession game at the 4:30 mark. The game was an absolute battle at that point as both teams went back and forth trading the lead and with 14 seconds left in regulation, Christen Cunningham split a pair of free throws to tie the game at 67. After a missed free throw by Michigan State Ryan McMahon had an opportunity to cap off an extraordinary game with a winning jumper but it was not meant to be and we were headed to overtime.

Despite being out-rebounded 47-30 and shooting a lower percentage from the field the Cardinals were able to pull out this win due to their fearless, attacking-the-rim style of basketball tonight as they shot 30-41 from the charity stripe while Michigan State attempted only 23 total free throws. Ryan McMahon led the Cards tonight with 24 points on fifty-percent shooting and 12/13 from the free throw line. This victory put the Cardinals at 4-2 on the season and gives Chris Mack his first statement win as the Head Coach of Louisville. The Cardinals will look to use this game as a confidence booster and springboard their season as they travel to play a tough Seton Hall team on December 1st.