College Basketball – UK Coasts to an 87-63 win over Valparaiso 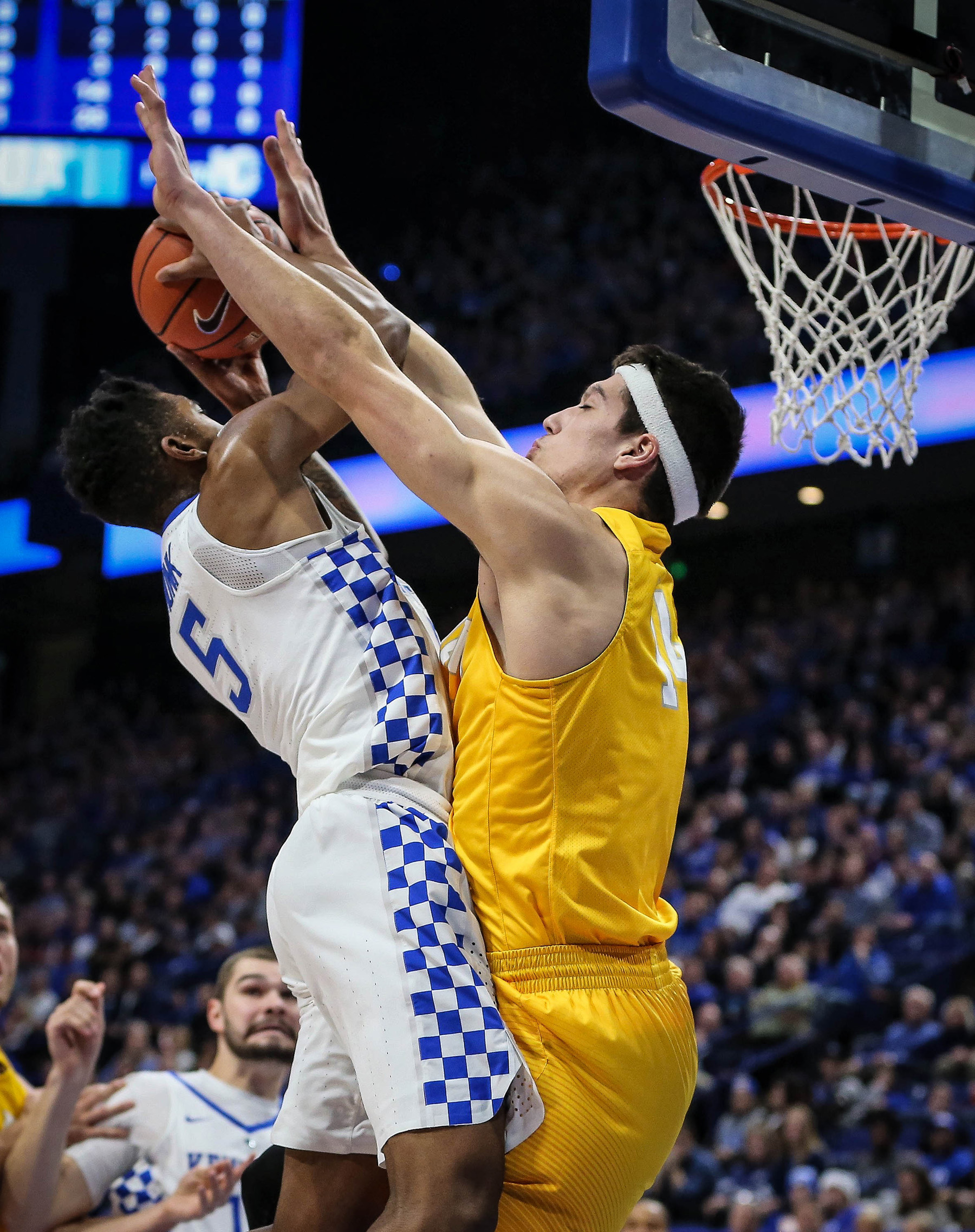 Malik Monk with the drive against Valpo – photo by Brendon Miller

Lexington, Kentucky – The #6 ranked Kentucky Wildcats moved to 8-1 on the season with an 87-63 win over Valparaiso University.  It was “Energy” said UK Head Coach John Calipari, when describing how his Wildcats had come back to get the win after suffering their first loss of the season last Saturday against UCLA.  “We played with more energy tonight,” he said.

While the young Wildcats played with more energy, it was not the prettiest of games.  Kentucky had seven turnovers in the first few minutes of the game and only one assist at the time.  But despite the sloppy play, Kentucky did go from a 4-4 tie and ran off 21 straight points to take a 25-4 lead with 9:42 left in the half.  It was pretty much clear sailing after that for the Wildcats.  Kentucky went up as much as 28 points in the first half, before heading to the locker room with a 45-24 halftime advantage.

Kentucky has now won 40 straight games at Rupp Arena against un-ranked opponents.  The Wildcats will go to New York this weekend to take on Hofstra at the Barclays Center in Brooklyn.