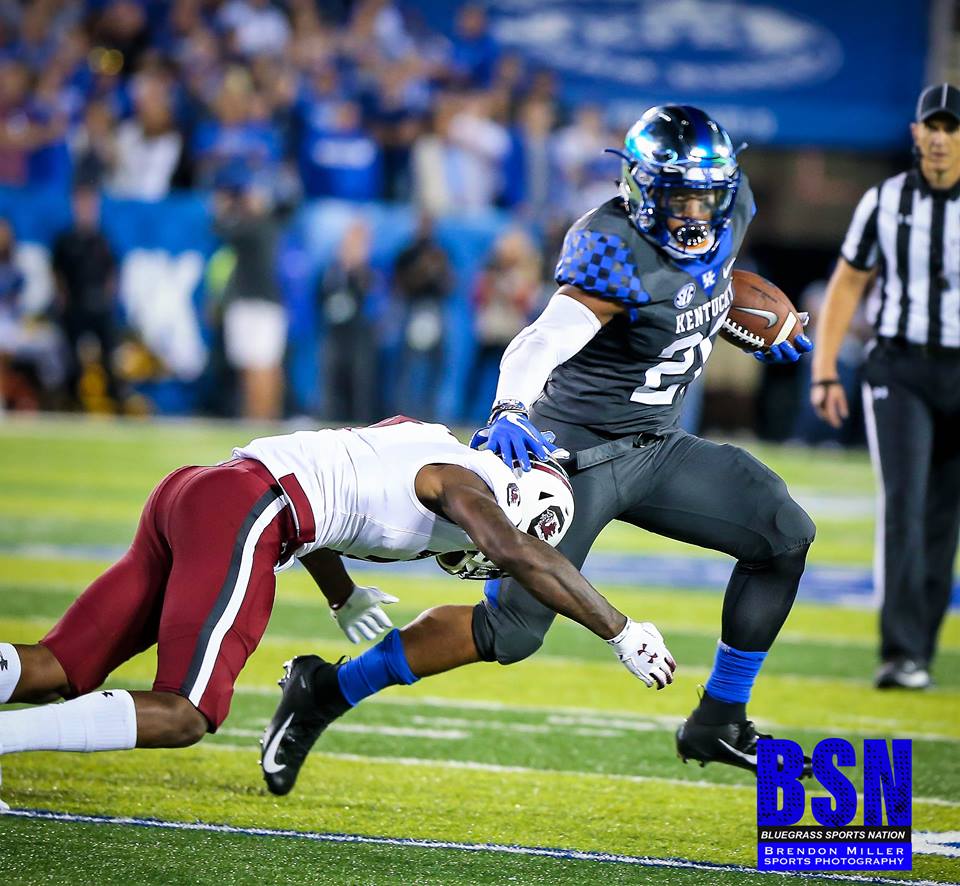 UK ran wild over South Carolina in the first half. (Photo by Brendon Miller)

After a dominating first half, the second half performance had the crowd of 63,081 feeling uneasy until the final whistle. The Cats played an almost flawless first half on both sides of the ball. Defensively Kentucky held South Carolina to only 9 yards passing in the first half and forced two turnovers. Offensively, Benny Snell and Terry Wilson had great first half performances. Terry finished the half with 84 yards passing yards completing 8 of 11 and rushed for 52 yards. Benny Snell rushed for his 40th touchdown and exceeded the 3,000 career yards and finished the half with 78 yards.

Defense won this game for the Wildcats. Without any scoring in the second half they were able to hold their ground and grind this one out. They will need offense and defense if they hope to beat Texas A&M in an away game next Saturday night in what will be the 3rd straight tough game for the Cats.