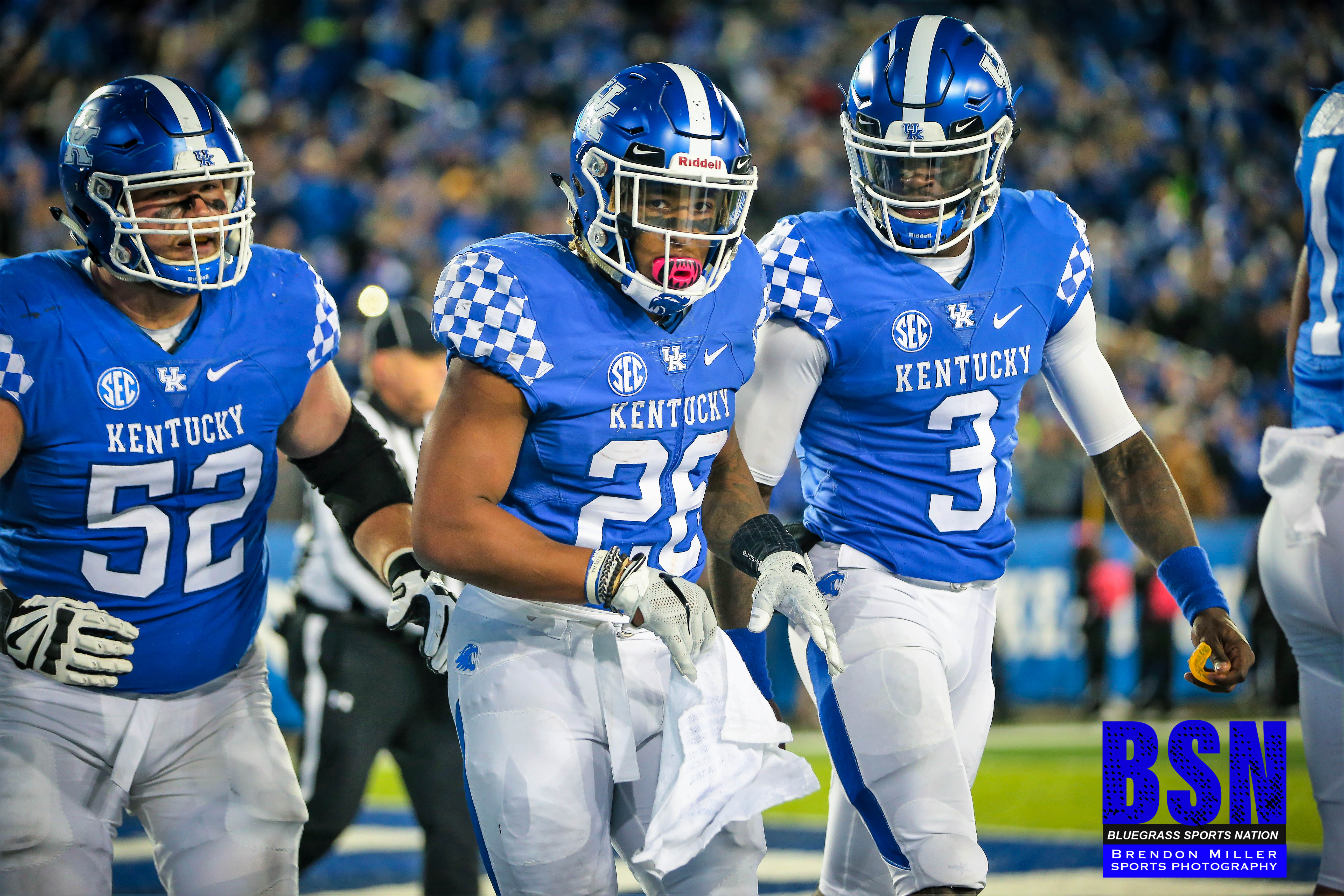 It was a windy fall night as the Vanderbilt Commodores traveled to Lexington looking to upset the Wildcats. It was a low scoring affair that was once again called for the defense to hold their opponent to a low score and they succeeded. Benny Snell rushed 32 times for 169 yards in a somewhat of a comeback performance for him. Terry Wilson, however, only completed 3 of 9 passes for 18 yards and a touchdown.

The first half was not an exciting half for either team. Vanderbilt was the first to score with 6:54 left in the first quarter on a 29-yard pass from Kyle Shurmur to C.J. Bolar. After that the Kentucky Defense held their ground forcing three 3-and-outs on the next four of Vandy’s drives before halftime. Kash Daniel played a major part of those stops recording 8 total tackles in the first half. Kentucky’s lone score came on a 5-yard pass by Terry Wilson to Lynn Bowden to even the halftime score at seven.

The third quarter started with two flags against Kentucky that the fans didn’t agree with. The first negated a kickoff return touchdown by Lynn Bowden back and the second flag gave Vanderbilt back the ball after an interception by Derrick Baitey. After missed field goals by each team, they headed into the fourth quarter still tied 7 to 7.

The forth quarter started with a forced fumble by Kash Daniel on a Vanderbilt 4 and 1 play. The offense used that momentum for a 12 play, 80 drive that ended on a 7-yard touchdown run for Benny Snell. That gave the Wildcats a 14 to 7 advantage. The Commodores had one last chance drive with 2:10 left in the game, but Josh Allen ended their hopes with a forced fumble.

It may not have been a pretty game, but the Wildcats always seem to find a way to win. This win keeps the Cats in the hunt for the SEC East championship with a big game coming up next week at Missouri. To win that game they will need to have a passing game that hasn’t been present at the last two games.