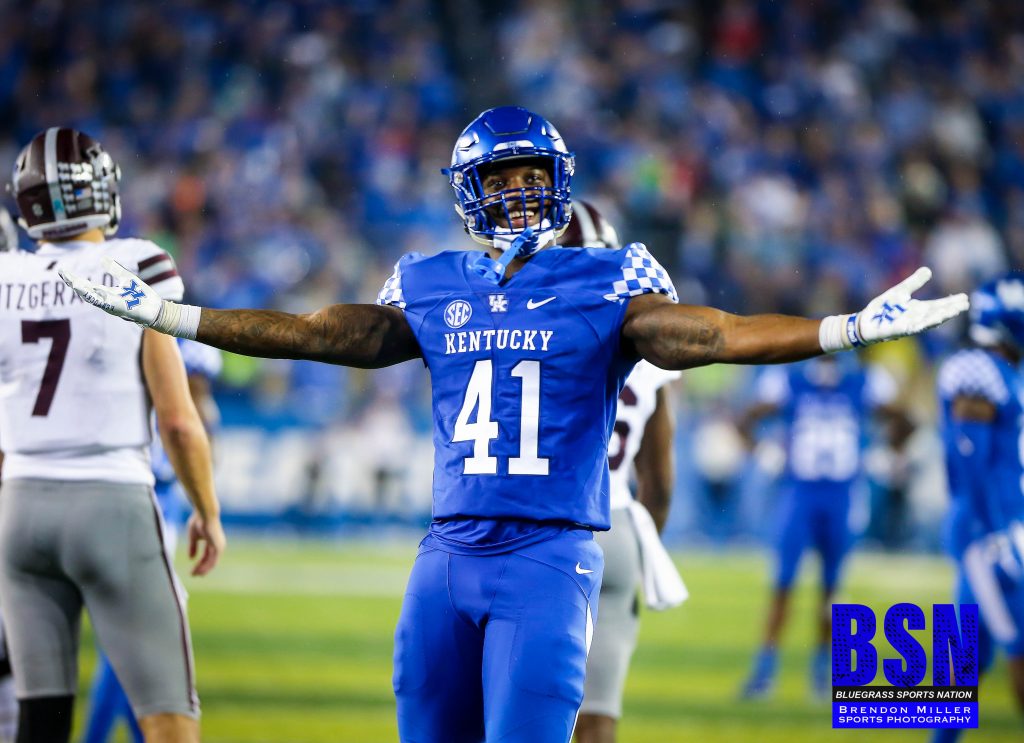 What a game!!  CATS 28 – MSU 7, excitement everywhere in the Bluegrass.  It is definitely an exciting time to be a UK football fan. Coach Mark Stoops is delivering on this his promise to bring winning football to CATS fans.

The Wildcats played a heck of a game on every level, but I’m giving this win to the defense.  Defensive Coordinator Matt House came in with the game plan they needed to stop the run and make Mississippi State beat us with the pass which they executed almost to perfection. The Bulldogs came in to the game averaging 300 yard per game rushing and the Cats defense held them to 56. Mississippi State quarterback Nick Fitzgerald had his lowest amount of rushing yards since 2016 against Alabama.  The CATS did give up a couple big pass plays to busted coverage but it wasn’t enough to sway the outcome of the game.  Josh Allen was immense, and disrupted the Bulldog offense on almost every snap.

The offense was all “Snell Yeah”.  Benny stepped upon in the limelight and had a spectacular game on the ground while breaking the UK all time touchdown record!  Snell was an absolute beast racking up all four of the CATS’ touchdowns and 165 rushing yards.  Snell now has 3 out of 4 games over 100 yards and now ranked 3rd in the country in total rushing.

I wasn’t 100% impressed with the QB play and was looking for Gunnar Hoak to come in after Wilson’s interception in the 3rd quarter, but Stoops stuck with him and we put the ball back on the ground which turned out well.

The CATS are 4-0, and for the first time in years, are in control of their own destiny in the SEC East at this point in the season.  If we can keep this play up it is going to be a great year and maybe the first time in 40 years the Cats have gotten to 10 wins.

South Carolina comes to town next Saturday for another SEC East Showdown.

Everyone get behind them, keep up with the action here on Bluegrass Sports Nation and cheer them on!

I would like to thank Brendon Miller and Bluegrass Sports Nation for having me with them this week.