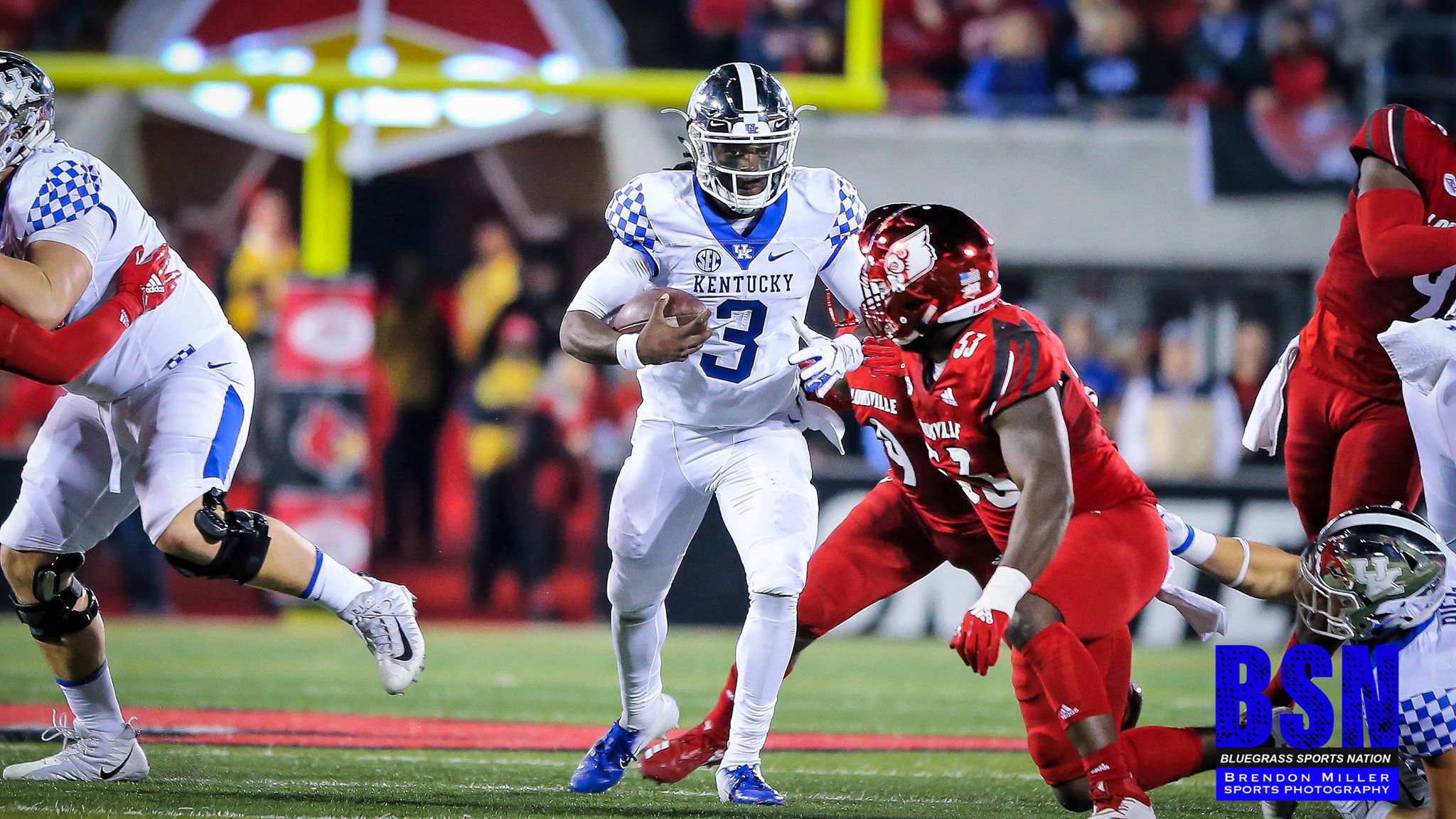 The battle for the Governor’s Cup took place in Louisville this year as the 15th ranked Wildcats played the Cardinals. It has been two totally different seasons for the two teams this year. The Cats headed into the game looking for their 9th win of the season. The Cards have struggled this year and fired their coach, Bobby Petrino, halfway through the season. While most critics wrote Louisville off and said that they had “nothing to play for” I personally felt that rivalry and the Senior Day activities would be enough to get the Cardinals motivated.

It was evident that emotions were running high because on the first kickoff of the game the teams got in a shoving match making coaches hold their benches back. The Cats came out swinging. They stopped the Cardinals first two drives while scoring touchdowns on their first two offensive possessions. The Cards, however, scored on their first play of their 3rd possession with an explosive 75-yard run by their quarterback, Mal Cunningham. That run tied a school record for a rush from scrimmage for a Louisville quarterback.

Kentucky gained a comfortable lead over Louisville with help from penalties by the Cards. Every time the Kentucky found themselves on a 3rd and long Louisville bailed them out with a pass interference or a personal foul penalty. The Cardinals racked up 9 penalties for 109 yards and allowed UK to take a 35 to 10 lead into the half.

The second half was a better defensive outing for the Cards. They had two red-zone interceptions that denied any scoring for the Cats in the third quarter. That didn’t last for long as Kentucky scored a touchdown on their second play of the fourth quarter with a 32 pass to Josh Ali.

Kentucky’s 56 to 10 victory was the most dominating win of the year. They totaled 604 total yards while averaging 8.9 yards per play. Terry Wilson had an amazing game with 3 passing touchdowns, 261 yards passing, one rushing touchdown and 79 rushing yards.

Benny Snell didn’t break the all-time rushing record at Kentucky tonight, but he did add 100 yards to his total with a chance to break it in the bowl game. A.J. Rose led in rushing tonight with 112 yards.

The Cats will now be waiting to hear where they will be traveling to for their bowl game. The dominating performance hopefully puts Kentucky into a bigger bowl game.