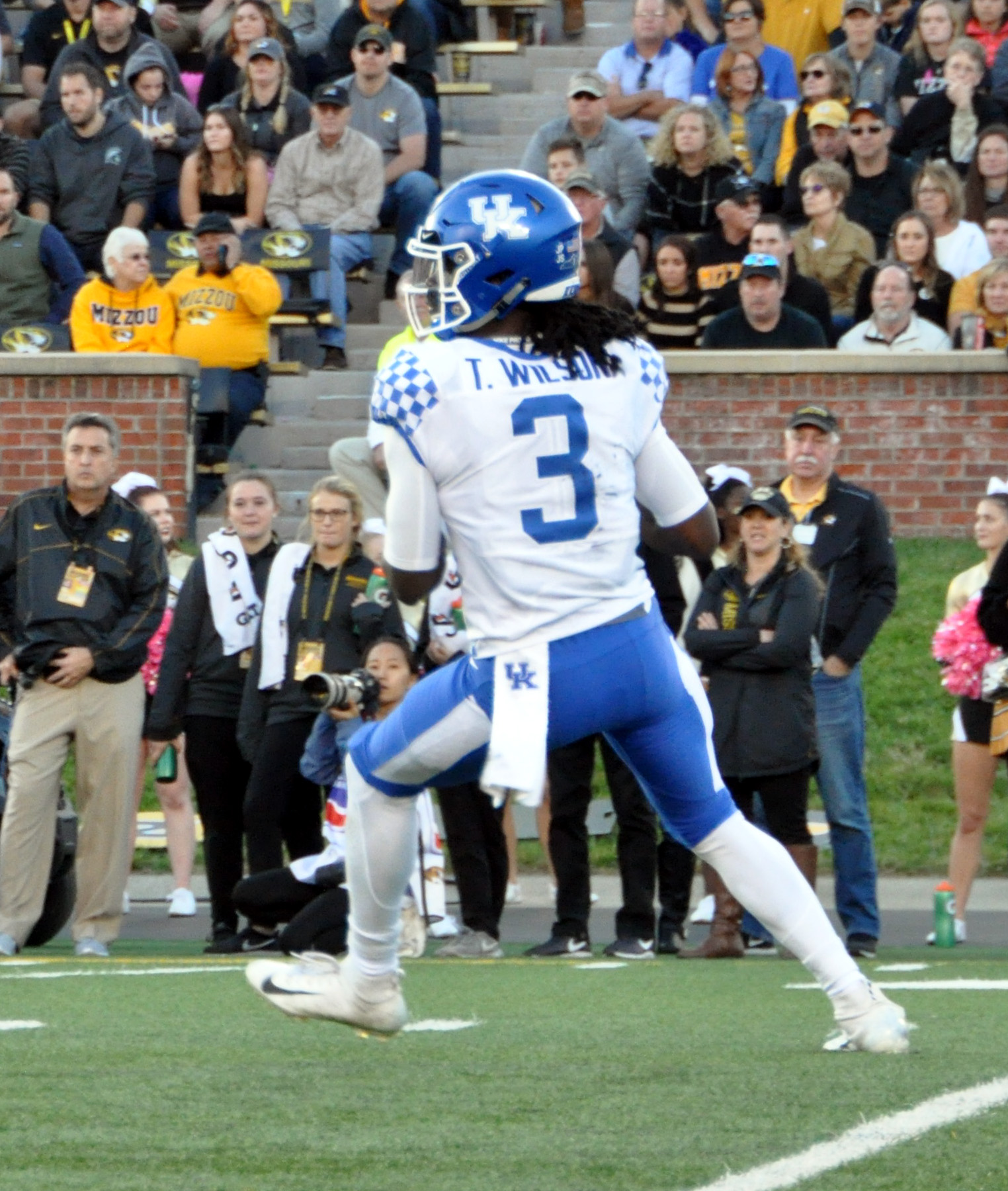 The day started off a lot like Kentucky’s offense tonight.  The team arrived late for the Catwalk. There was quite a good crowd there for the arrival.  As a matter of fact I was talking to one of the Missouri employees and he’d never seen so many fans on hand to greet their team.

The Big Blue traveled well again for the game.  While not all of the visitors section was full there was a large scattering of blue throughout the stadium.

The first half can be summed up pretty easily.   The offense sputtered and the defense did as well.   Was glad to see Coach Stoops give Chance (Poore) a chance!! He nailed a 31 yard field goal. The offense was 0/5 on third conversions, and 0/2. On fourth down conversions. Mizzu on the other hand was 5/8 on third down conversions.

Probably the one bright spot was that Jordan Jones was having a very quietly productive night with nine total tackles.   It’s really been nice this season to see Jordan performing so well without all the drama of last year.

The second half can be summed up by saying WOW what a roller coaster!!  Gunner came in and moved the team up and down the field but did not produce any points.  But that’s ok because the DEFENSE showed big time!!!!! The defense allowed no points, and no third down conversions in the second half!!

We get stopped on fourth and one and turn it over on downs ……………… Then Lynn Bowden Jr breaks. A punt return for the TD!!! Terry throws a pick….Defense holds!!!!

Kentucky gets the ball back with. 1:24 to play.   Some great throws by Wilson marches us. Down the field. A pass interference call in the end zone places the ball at the 2 with 0:00. On the clock.

Last play, Terry throws the ball to CJ Conrad for the MIRACLE IN MIZZU!!!!

This sets up an unexpected meeting with Georgia to determine the SEC East Champions.