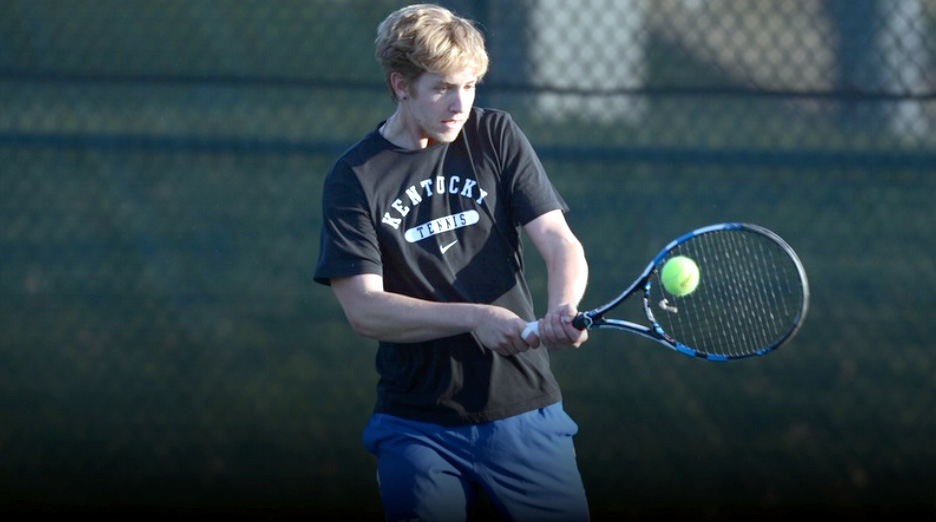 LEXINGTON, Ky. – Kentucky men’s tennis wrapped up play at the SEC Coaches Classic on the campus of the University of Alabama. The Wildcats picked up two wins on the final day of competition.

“Overall, I thought this was another really good weekend,” assistant coach Matt Emery said. “All four guys played hard and played every point, which is something we had been emphasizing.”

“It was a great accomplishment for Jake,” Emery said. “He played really well all weekend and beat several SEC starters handily. I was really proud of him for finishing the job today against a really good player.”

Junior Trey Yates competed in the finals of the Jeff Robinson Draw and fell to Alabama’s Mazen Osama 6-2, 6-3.

“It was another solid weekend for Trey, making another final,” Emery added. “He picked up several impressive wins and just lost to a really good player in the final.”

In doubles play, the pairing of Benson/Stefanik won the consolation bracket of the Ellis Ferreira draw with an 8-6 victory over Juan Marino and Adam Sanjurjo of Arkansas. In the Andy Solis draw, the duo of Dominguez/Yates fell to Krunnenberg/Nesterov of Alabama in a hard-fought 8-7(5) match.