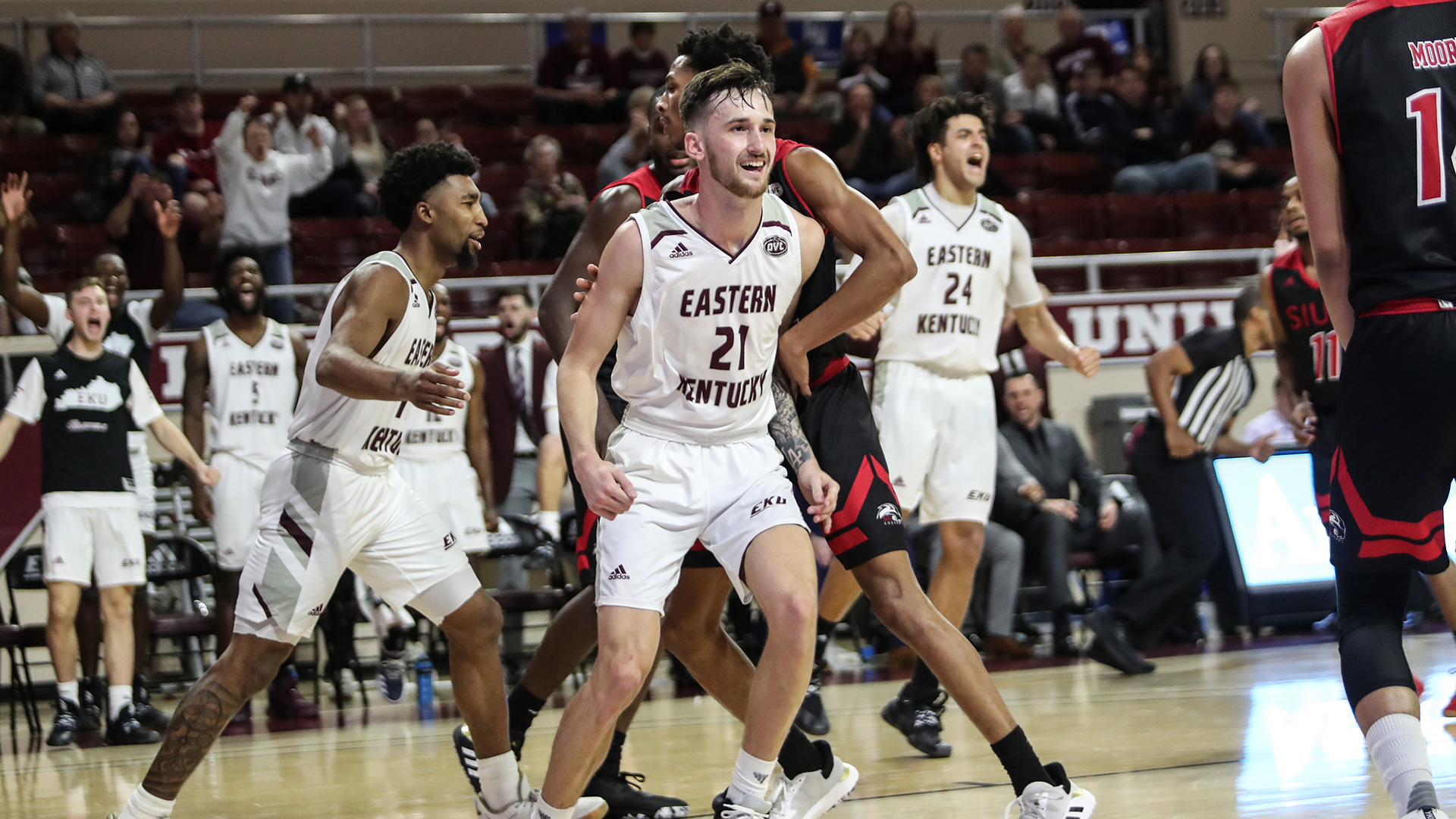 RICHMOND, Ky. – Eastern Kentucky University’s men’s basketball team went 6-for-6 at the free throw line in the final minute to secure a 78-72 win over Southern Illinois University Edwardsville on Saturday and improve to 3-1 in Ohio Valley Conference play.

SIU Edwardsville (4-13, 1-3 OVC) took a 56-55 lead on a lay-up from Tyresse Williford with 14:04 left in the game but the Cougars scored just two points over the next 4:42.  Eastern rolled off an 8-2 run during that time to seize control.  Two free throws by Lachlan Anderson with 12:10 to play put the home squad up 57-56 and the Colonels never trailed again.

SIUE closed within two on five occasions and got as close as one once.  The Cougars had the ball down three, 72-69, with 40 seconds to go when Brown came up with a steal and made a pair of free throws on the other end with 35.4 showing on the clock.  Russhard Cruickshank hit two with 16.4 left and Brown put in two more with 2.6 seconds remaining.

Southern Illinois Edwardsville shot 50 percent (25-of-50) from the field compared to 39 percent (22-of-57) for Eastern Kentucky.  However, the Colonels turned 13 offensive rebounds and 17 SIUE turnovers into 28 points in addition to holding an 11-point edge at the free throw line.

The Colonels will play at Belmont on Thursday.  Tip-off in Nashville is scheduled for 9 p.m. ET.