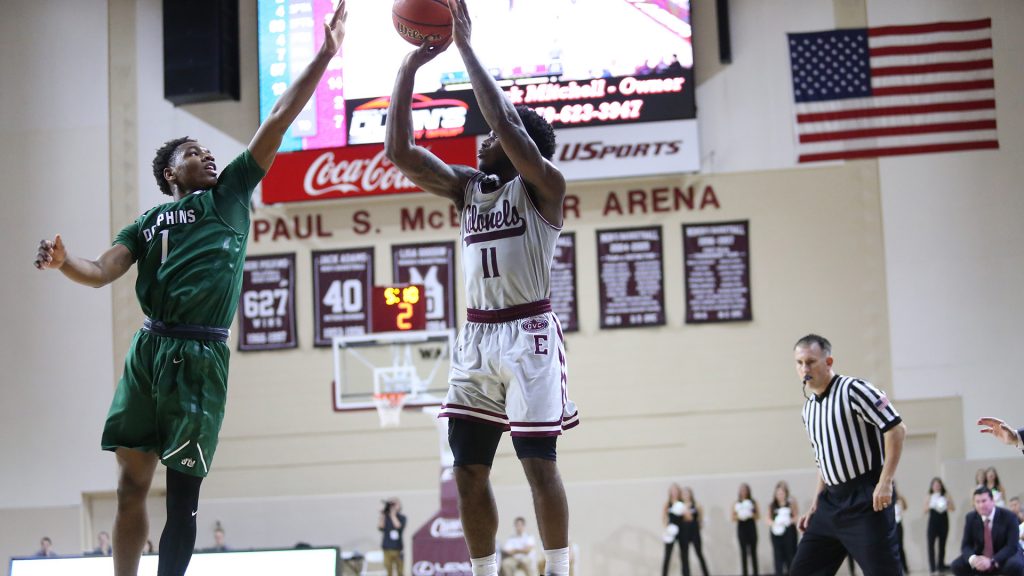 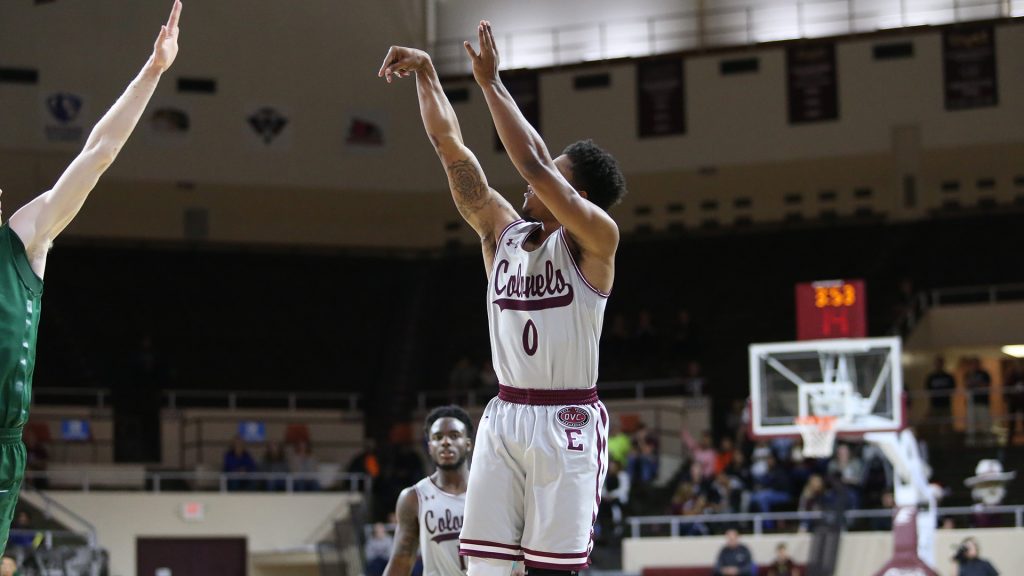 Weaver sank another long ball to open overtime and swing the momentum back to EKU. After a pair of foul shots by junior Nick Mayo put the Colonels up by five, JU responded with back-to-back put-back dunks to draw back to within one, 64-63, with 2:08 left in OT.

Freshman Dedric Boyd responded with a field goal followed by an Asante Gist free throw to put the Colonels back ahead four, 67-63. Boyd then came up with a huge offensive rebound, drew the foul and put away two from the charity stripe to give Eastern a six-point advantage, 69-63, with 25 ticks on the clock. The Colonels never looked back.

Mayo led four Colonels in double figures with 22 points, 12 rebounds, six blocks and three assists. It was his third double-double of the season. Sophomore DeAndre Dishman also notched a double-double, going for 11 points and a career-high 12 rebounds. Mayo and Dishman are the first EKU teammates to have double-doubles in the same game since November 22, 2015.

Boyd finished with 14 points, while Gist contributed a season-high 13.

EKU trailed Jacksonville, 31-29, at halftime; however, Mayo and Boyd buried back-to-back trifectas to open the second half, sparking 10 unanswered points and tilting the score back in favor of the Colonels, 39-31. The Colonels stretched their second-half lead to 16 when Weaver knocked down the three-pointer to make it 57-41. That set the stage for Jacksonville’s furious comeback to end regulation.

Hogan led the way for Jacksonville with 20 points and 10 rebounds. Cody Helgeland (15) and JD Notae (11) also finished in double-figures.

The Colonels will be back in action on Tuesday, December 5 at Oregon State. The game is slated to begin at 10 p.m. ET.