Cunningham Named the Manning Award Quarterback of the Week 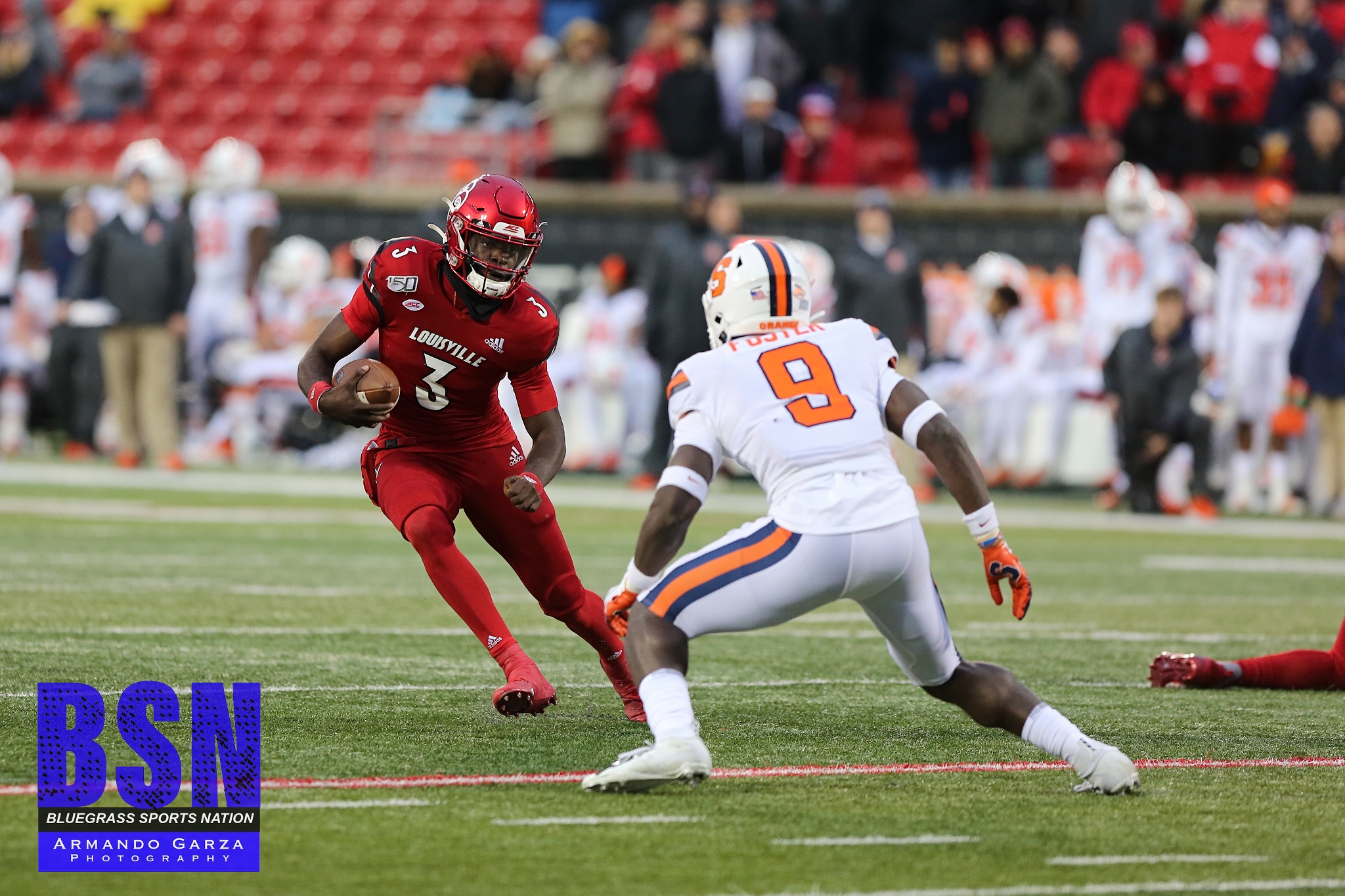 LOUISVILLE, Ky. – University of Louisville junior quarterback Micale Cunningham added another award to his already impressive list for the week as he was named the Allstate Sugar Bowl Manning Award Quarterback of the Week, the Manning Award announced Friday.

Cunningham was earlier named ACC Quarterback of the Week after accounting for six touchdowns in Louisville’s 56-34 win over Syracuse last Saturday at Cardinal Stadium.

A native of Montgomery, Ala., Cunningham accounted for a career high six touchdowns – five in the air and one on the ground – to give him 10 touchdowns over the last two games.

His 19 touchdowns are a career high and are just four short of moving into the school’s single-season list for touchdown passes for a season. In the last four games, Cunningham has thrown 12 touchdown passes on just 42 completions.

Cunningham is one of the most efficient passers in the nation, ranking fourth with a 198.7 efficiency record, which would be a school record.

Louisville travels to Kentucky Saturday for a noon kickoff on the SEC Network. The Cardinals are looking for their third-straight win and their fifth-straight win in Lexington.