Curry and Scheitzach Propel No. 16 Kentucky Past Ole Miss in Four 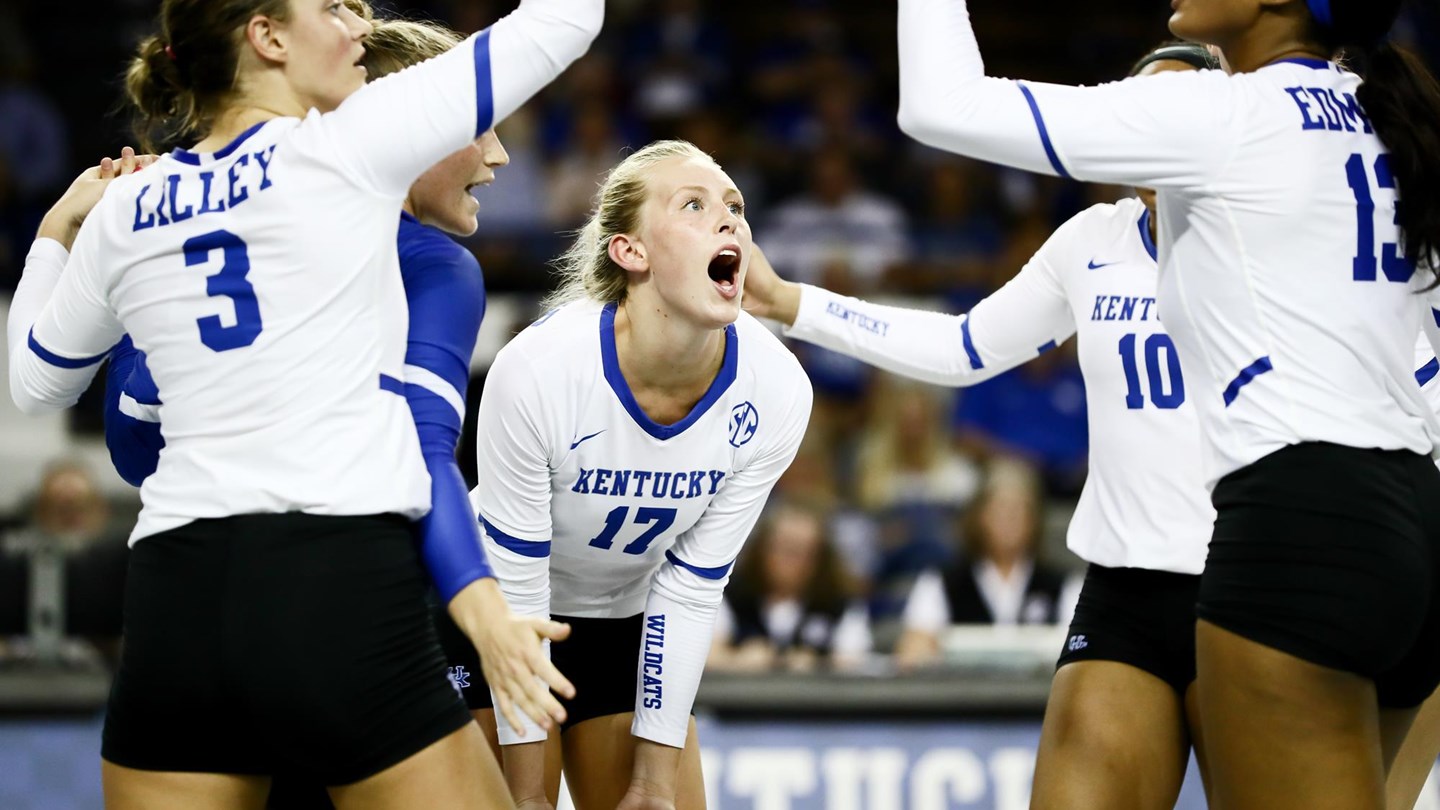 Curry’s 29 digs set a new Southeastern Conference career high for the Buford, Georgia, native who surpassed her conference career high at the beginning of the fourth set with her 24th dig of the match. Curry now has double-digit digs for Kentucky in every match but one and has 20-plus digs in three conference matches this season.

“I’m just really proud of our resilience on the road.” UK head coach Craig Skinner said. “It was a great job by Cam (Scheitzach) of stepping up and making a huge difference today. Our defense was significant which led to our outside hitters being able to score a lot of points for us to be able to seal the win.”

With the win, Kentucky improves to 15-5 on the season and is now 7-1 in SEC play. Ole Miss falls to 14-6 overall and 6-3 in the SEC. With Georgia’s loss to Texas A&M and Florida’s four-set win over Tennessee on Sunday, UK remains in a tie atop the SEC, as the Wildcats and Gators are both 7-1 after eight rounds.

Offensively, it was Scheitzach who stepped in for Madison Lilley and set a sensational match for the Wildcats, recording a new career-high 50 assists and led the Wildcats to a .245 hitting percentage against one of the best defensive teams in the SEC. The Orlando, Florida, native also added in six digs, setting a new career high.

Leah Edmond also continued to put up sensational offensive number, sending 22 kills to the floor on Sunday, including three of the final five points of the match and the match-clinching kill from the left side. Edmond hit .315 in the match and had 10 digs to record her seventh double-double of the season and 28th of her career.

Alli Stumler had 16 critical kills for UK and freshman Azhani Tealer balanced out the offense with her now career-high 11 kills, marking her first-career double-digit kill match as a Wildcat.

The Wildcats will not have a midweek match for the first time in two weeks, as UK won’t hit the court again until Friday night at 7 p.m. ET against Texas A&M inside Memorial Coliseum. Tickets are available at the UK Ticket Office on online at UKathletics.com.

Ole Miss raced out to a 3-0 lead, winning the first trio of points in the match off the bat. That was the largest lead the Rebels would get in the opening frame as the Wildcats closed the three-point gap to tie things up at 7-7. UK then took control of the frame by winning three-straight points after it was 10 all to take a 15-13 lead into the media break. After the media timeout, Kentucky won points on kills by Edmond and Tealer to force the Rebels into a timeout trailing the Wildcats 19-16. Ole Miss would close in as the set dwindled, tying things at 19-19 before UK won back-to-back points on Edmond and Paris kills to take a 21-19 lead and push OM into its final timeout. The Rebels won three of the next four points to tie things up at 22-22. Edmond and Tealer put UK up 24-22 in the next two points before a service error ended the set 25-23 in UK’s favor.

Kentucky again fell behind and rallied in the second set after dropping the opening two points of the frame. UK took a lead as big as 11-8 before an Ole Miss rally before the media break tightened things up at 15-14 UK at the stoppage. Ole Miss then won seven of the next 10 points to take a 20-17 lead and push the Wildcats into a timeout, their first of the set. A service error and an Edmond kill, her 10th of the match, gave Kentucky back-to-back points out of the timeout and the Rebels called their first timeout with their lead down to one at 20-19. Ole Miss came out of the timeout with two-successive wins and outstretched its lead to 22-19 and cruised to tie things up from there in the match.

The Wildcats controlled much of the third set as they jumped out to an 11-7 lead to push the Rebels into an early timeout. The Rebels closed to within two points at 18-16, but an extended service run by Lauren Tharp pushed the Wildcats to a 6-0 run and gave UK eight set points, leading 24-16. Kentucky closed out the frame on the match’s longest rally to that point as a Scheitzach pass was met perfectly by Leah Meyer to hammer home a 25-18 win. Kentucky hit .217 in the frame, but more impressively, held Ole Miss to .154 on offense in the third set only. After three sets, junior libero Gabby Curry had 22 digs, just one off of her SEC-career high.

Gabby Curry helped Kentucky gain early control of the fourth set, as she went on a 7-0 service run at the line and pushed UK from a 4-1 deficit into an 8-4 lead and Ole Miss needed to talk things over after an Azhani Tealer stuff block at the net with Leah Meyer’s assistance. Kentucky ran its lead to as much as 10-5 before Ole Miss tried to climb back into the set with a pair of right-side kills to pull within 11-8. Ole Miss took its first lead of the set since 4-1 at 16-15 as part of a 5-1 run. Gabby Curry then went on another big service run that saw UK down two and then pushed the Wildcats to a point up at 18-17. Kentucky got three kills from Edmond in the final six points and closed the match, 25-23.