Darkness at the University of Louisville 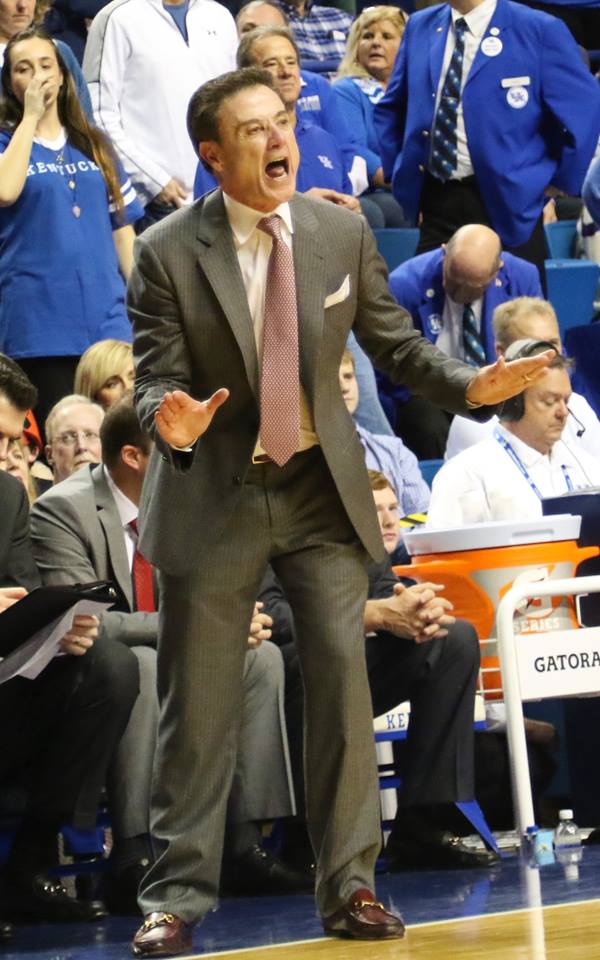 April of 2009 brought the news that Rick Pitino was the center of an extortion scheme with Karen Sypher and was called on the FBI to investigate the case.  During the trial Pitino testified that he had an extramarital affair with Karen Sypher.  He claimed he only had sex with Sypher once in 2003 and also admitted that he gave Sypher $3,000 to have an abortion.  Sypher was sentenced to 87 months in prison for the extortion scheme.

The Karen Sypher sex and extortion scandal rocked the school, but the worst scandal was yet to come.  Through the entire ordeal Louisville Athletic Director Tom Jurich stood by the coach he hired in 2001 to turn around the basketball program. 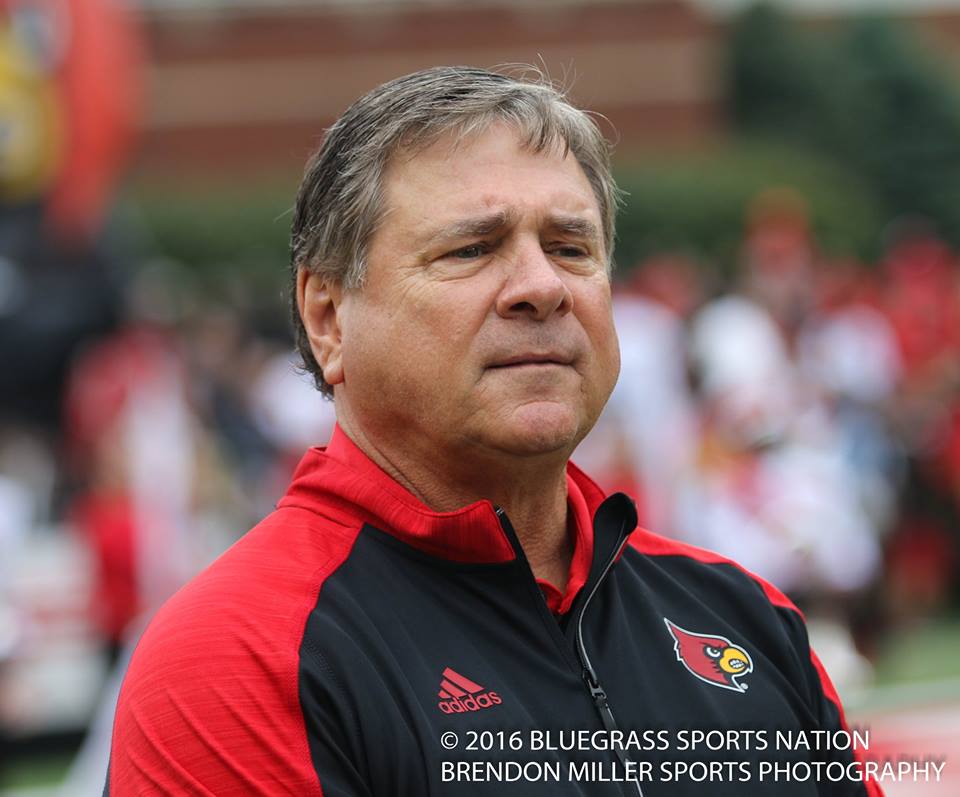 Good times were plentiful for the Cardinals the next five years.  In 2012, they went to the Final Four in New Orleans where they lost to the eventual National Champions Kentucky.  They would seal the deal in 2013, winning the schools third National Title by beating Michigan in the title game.

Pitino and his staff were recruiting at their highest level and the Cards were winning.  They finally started sending some players to the NBA and they were a contender each year.  Just when things were going great a bombshell dropped on October 3, 2015 when the book entitled “Breaking Cardinal Rules” was released.  The book detailed revelations made by a local escort Katina Powell.  The book detailed acts of prostitution and lap dances that Powell and Andre McGee arranged for various recruits and players between 2010 and 2014.

Tom Jurich once again stood by his head coach during this tumultuous time.  Pitino was not implicated in this investigation.  A self-imposed ban on the 2016 NCAA tournament and the reduction of scholarships did not stop the NCAA from hammering the Cardinals further.  The NCAA penalized U of L with four lost scholarships over the course of four seasons.  Pitino was suspended for the first five ACC games.  Finally, the hammer came down the hardest when the NCAA ordered the University to vacate all of its wins from 2011 to 2014 that included ineligible players.  More importantly, this included the removal of the 2012 Final Four and the 2013 National Championship.

For fans this was the worst possible thing that could happen to them.  The scholarships can be dealt with.  Pitino’s suspension was minor.  However, the banners coming down.  Wow!  That hurts, but once again it would be dealt with by moving forward.

Fast forward to Tuesday September 26, 2017.  Most of the news for the past couple of weeks had been centered on a great number of NFL players who refused to stand for the National Anthem.  These protests dominated the headlines of the newspapers, websites, and was the topic of all sports shows and news networks.  I woke up to ESPN talking about protests instead of the games themselves from the past weekend.  It went downhill from there.

Early Tuesday morning the news broke that Louisville was one of a number of schools implicated in “pay for play” scandal.  It centered on recruits coming to Louisville.  The allegations state that an Adidas executive conspired to pay $100,000 to the family of Brian Bowen.  He would then agree to represent Adidas when he turned pro.  Bowen was a late surprise commitment to U of L.

Pitino gave an interview with longtime friend Terry Meiners on News Radio 840 back in June when he spoke about the commitment of Bowen.  Pitino told Meiners, “We got lucky on this one.  I had an AAU director call me and ask me if I’d interested in a player.  I saw him against another great player from Indiana.  I said ‘Yeah, I’d be really interested.’  They had to come in unofficially, pay for their hotel, pay for their meals.  We spent zero dollars recruiting a five-star athlete who I loved when I saw him play.  In my 40 years of coaching this is the luckiest I’ve been.”

This is not your normal NCAA investigation.  This one involves the FBI.  There are wiretaps, video, and audio involved.  The names of those coaches from U of L implicated have not been named.  All of the details have not been released.  However, we do not know something major happened.  There is no running from this.

A dark day indeed for U of L on Tuesday, but Wednesday would be darker.  It was announced late Tuesday night that something big was happening in the morning.  The official answer came at a press conference at the University when interim president Greg Postel announced that Pitino was put on unpaid administrative leave.  Jurich was put on paid administrative leave.  This was a legal way of telling them that they would not be coming back to the University.

Pitino’s only comments so far came late Tuesday night when he said, These allegations come as a complete shock to me.  If true, I agree with the U.S. Attorney’s Office that these third-party schemes, initiated by a few bad actors, operated to commit a fraud on the impacted universities and their basketball programs, including the University of Louisville.  Our fans and supporters deserve better and I am committed to taking whatever steps are needed to ensure those responsible are held accountable.”

Jurich released the following statement Wednesday evening, “For the last 20 years, I have dedicated my life to the University of Louisville.  Disappointment does not even come close to describing my feelings surrounding the allegation that any member of the U of L basketball staff could be involved in the criminal conduct announced yesterday.  My intent has always been to run every athletic program at the University in an honest and compliant manner.  It is heartbreaking to me that the alleged intentional and secret criminal acts can bring such harm to our school. I love this University, the Louisville community and all of our fans.  I plan to continue to help UofL overcome the challenges it faces and work cooperatively with the University with the support of the UofL Board of Trustees following their meeting on October 19th.”

The announcement followed with the decommitments of two 5-star players in guards Courtney Ramey and Anfernee Simons.  Also, top recruiting target Romeo Langford announced he was removing Louisville from his list of schools.

These past two days have been really dark for U of L.  However, this is still not the darkest this will be.  This investigation by the FBI comes while the university is already under a major NCAA probation.  The future of the basketball program is uncertain.  An interim head coach and athletic director will be named in the next two days according to the school.

The bigger question is what will happen to the program going forward.  Will the school self-impose more sanctions?  What will the NCAA’s answer be?  The punishment will be severe and it must.  The most severe, death penalty, is an option.

The face of the University of Louisville is its basketball program.  Only two coaches (Denny Crum and Pitino) have patrolled the sidelines for the past 45 years.  This is a top ten college basketball program.  However, over the past eight years it has not behaved like one.  Wins and losses are important, but not with a lack of integrity.  Right now the U of L basketball program is an embarrassment.  The ship needs to be righted and the right people put in place to lead it.  Days will get darker and darker before the light comes to the program once again.