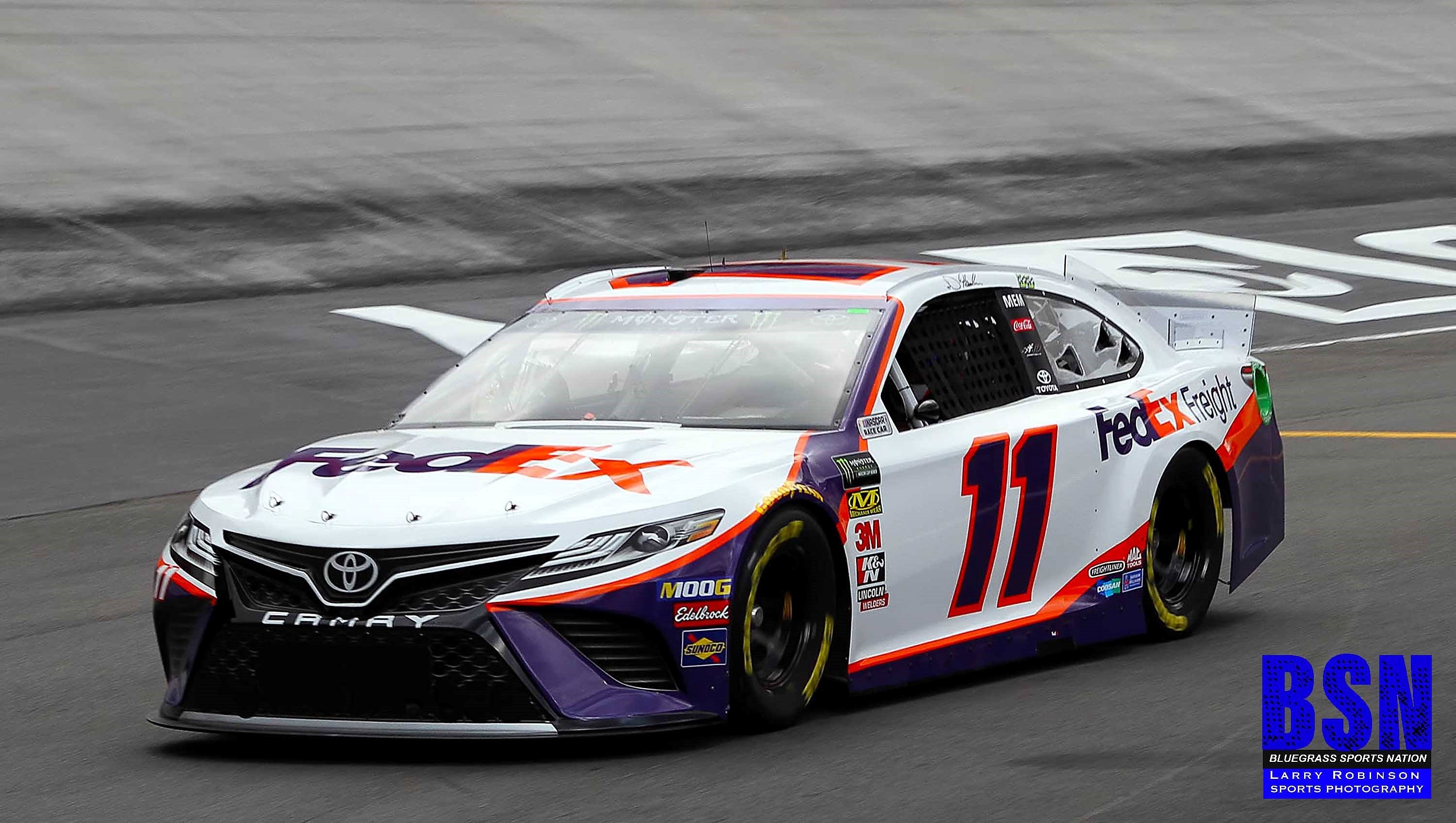 Practice and Qualifying for the Toyota 500 was canceled, creating least exposure possible for all involved participants in the event.  Wednesday’s night starting lineup for the Toyota 500 will be inverted depending upon last Sunday’s The Real Heroes 400 finish.  The inversions were in groups and the first inversion flipped 1st to 20th.  Ryan Preece’s The Real Heroes 400  20th place finish, was awarded the pole while Race Winner Kevin Harvick starts 20th.

Seven-time champion Jimmie Johnson crashed while leading on the final lap of the first stage and will start 37th on Wednesday.

The No. 14 Stuart-Haas Driver – Clint Bowyer commanded the lead after the mandated competition caution, capturing his first Stage win of the season.

A caution brought out by teammate No. 47 Stewart-Haas Driver – Cole Custer, set up a dash to pits for a final Stage shootout.

Clint Bowyer’s crew worked furiously to put his car in position to win the Stage 2.  Bowyer returned his gratitude with a second Stage win.  No. 9 – Chase Elliott,  No. 19 – Truex Jr.,  No. 20 – Erik Jones and Sunday’s  race winner in No. 4 – Kevin Harvick rounded out the top five.

Having by far the best performance of the day, winning both Stage 1 and 2, Clint Bowyer cuts a tire with 33 laps to go, taking the No. 14 Ford out of contention to sweep all Race Stages.

Reigning Cup Champ No. 18 – Kyle Bush clipped the No. 9 – Chase Elliott’s Chevrolet with 30 laps remaining, spinning out any chance for the Hendrick Driver to victor.

Utilizing on the alteration, Denny Hamlin sails past Gibbs Racing teammate Kyle Bush and Chase Elliott for the lead as the 2020 Daytona 500 winner collected another trophy as Mother Nature made her presence at the track.

NASCAR called officially called the race due to rain and Denny Hamlin receives the win under red flag.