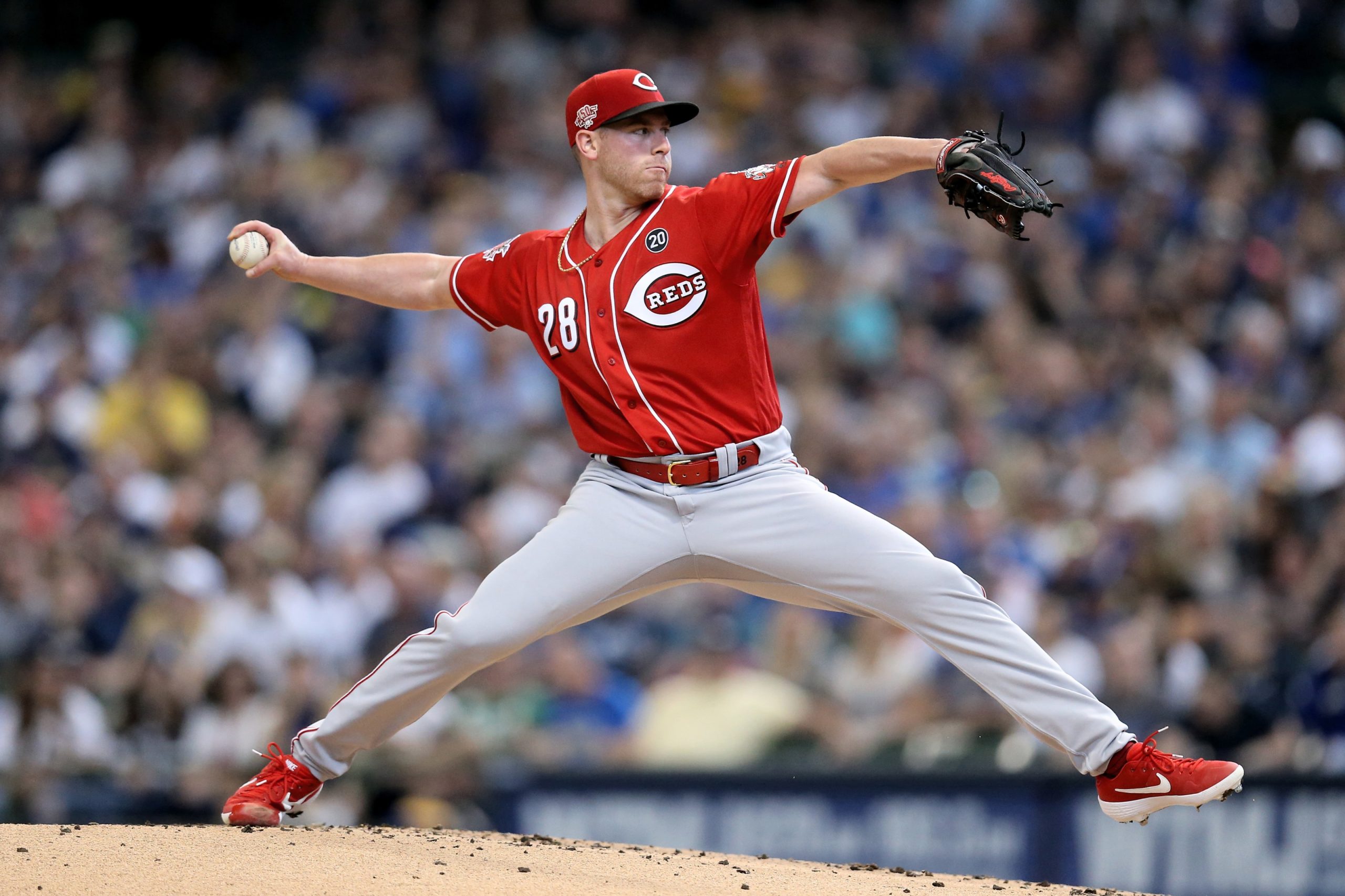 Another quality start, Bullpen holds for 2nd straight over Brewers

Anthony DeSclafani came into 2020 as the longest-tenured member of the Reds’ starting rotation — but also slotted as its fifth starter. Through two starts, DeSclafani has shown that he’s last but not least.

DeSclafani missed his first start with an injury but has been impregnable to opposing lineups since returning. The right-hander dealt six shutout innings Saturday night during the Reds’ 4-1 win over the Brewers at Miller Park.

Following an injury list stint with a mild teres major muscle strain, DeSclafani has pitched 11 scoreless innings over his two starts. Over his final eight starts of 2019, he had a 2.39 ERA.

“He’s always been very, very nasty,” rotation mate Sonny Gray said before the game. “He’s figured himself out and what type of pitcher he is on the mound. He’s got just as good of stuff as everyone on this staff. He’s very confident in himself. When he’s confident in himself and enjoying it, he’s pretty impossible to hit.”

Reds pitchers lead the Majors with 176 strikeouts, including 12 from Trevor Bauer in the series-opening win Friday night. DeSclafani had six strikeouts to go with one walk but induced eight outs with ground balls.

“Get outs, get zeros any way you can get them. I’m not going to complain when you get an out or put up a zero on the board,” said DeSclafani, who has been with the Reds since 2015. “Whether it’s a strikeout, a ground ball, a fly ball, it’s all the same to me. They think strikeouts are sexy, but so are zeros.”

Eugenio Suárez made the job easier by providing a 3-0 lead with a three-run home run to left field against Brett Anderson before DeSclafani even took the mound. It was Suárez’s second homer of the season.

DeSclafani smoothly moved through Milwaukee’s lineup following a one-out walk to Keston Hiura in the first inning and struck out the side in the second inning. After a leadoff single by Brock Holt for the Brewers’ first hit in the third inning, DeSclafani retired the next 10 batters in a row and had faced just one batter over the minimum overall.

A two-out single by Eric Sogard in the sixth inning was the only other hit allowed by DeSclafani among his 88 pitches. One key to his success was a pitch he used the least — the slider. But it got him four of his strikeouts.

After Sogard’s hit, DeSclafani threw a 2-2 slider to Hiura to get a swinging strike three on the 87 mph pitch to end his night.

“Heaters in, sliders away. It’s the same game plan with righties,” DeSclafani said. “It’s just trying to really make a good pitch and get out of that inning. I think that the pitch he swung and missed on was a cement-mixer slider. He was not looking for that at all, absolutely. I know hitters hate the cement mixer.”

“The fact that they’ve done even more than that and stepped up and thrown shutdown innings and gone deep into the game, really, and in some cases have dominated, that really sets the rest of the team up for a lot of success.”

Cincinnati’s rotation — led by Gray, Bauer and Luis Castillo — is the best it has been since DeSclafani arrived. Each pitcher wants to raise his game to match or surpass the work of the previous one.

“I think we’re all competitive enough where we all just want to just outright dominate no matter who it is on the mound,” DeSclafani said. “But the whole staff is nasty, so you want to be a part of that, as well. I think that’s how everybody feels. Everyone wants to go out and be nasty.”