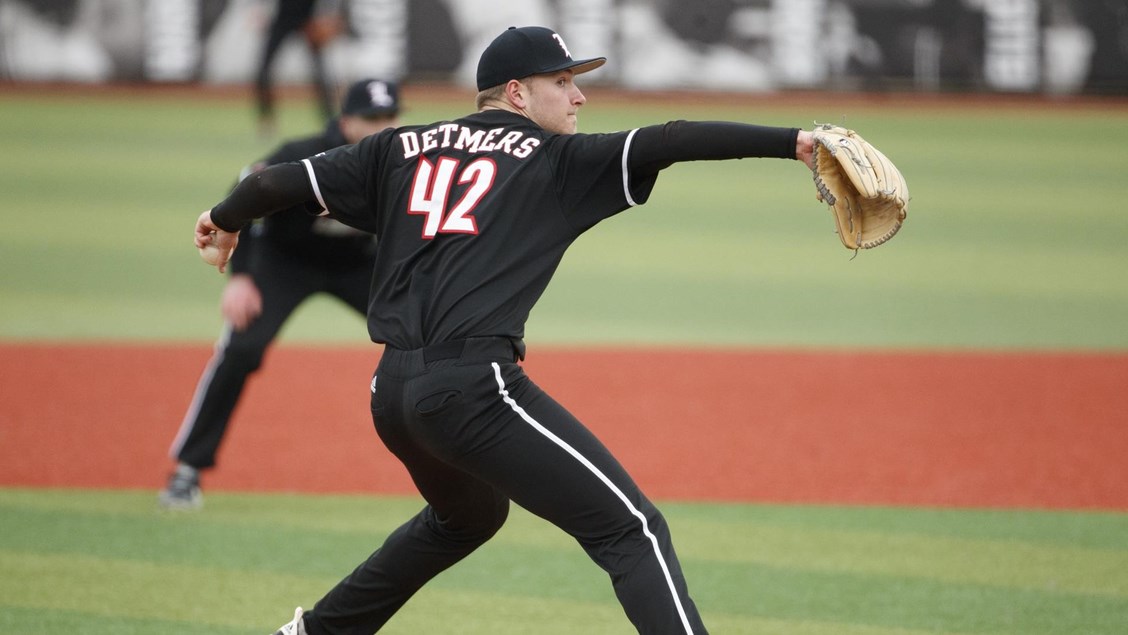 Louisville picked up a 4-1 victory over Wake Forest on Friday night in Winston-Salem, N.C.

Behind a dominant effort from Reid Detmers, the second-ranked University of Louisville baseball team picked up a 4-1 victory over Wake Forest on Friday night.

The victory is the ninth in a row for Louisville (10-3, 1-0 ACC), which has now won its conference opener in all six seasons since joining the ACC.

Detmers (3-0) was electric on Friday, fanning 15 batters over six innings to stay unbeaten on the season. The southpaw recorded all three outs via the strikeout in the second, fifth and sixth innings before handing the ball off to the bullpen.

Adam Elliott allowed just an unearned run in his two innings of work and Michael Kirian locked down his sixth save in as many tries with a scoreless ninth. In total, Louisville struck out 18 for the third time this season.

The Cardinals jumped in front in the second inning, giving Detmers all the support he would need.

Henry Davis drew a one-out walk and stole second before scoring the opening run on a single back through the middle off the bat of Justin Lavey. Jared Poland then doubled into the right-centerfield gap to chase Lavey home and later scored on a defensive miscue.

The game remained at 3-0 until the seventh when Danny Oriente drove home Luke Brown, who had reached on an infield single and swiped second for the second time in the game.

Wake Forest (8-6, 0-1) collected its only run in the bottom half of the seventh, but never threatened again with the Cardinals retired seven of the final eight batters to seal the victory.

Levi Usher had two of the Cardinals’ seven hits on the night to lead the offense. UofL was busy on the basepaths as well, swiping four bags.

Louisville and Wake Forest will play the second of the three-game series on Saturday, with first pitch scheduled for 4 p.m., ET.