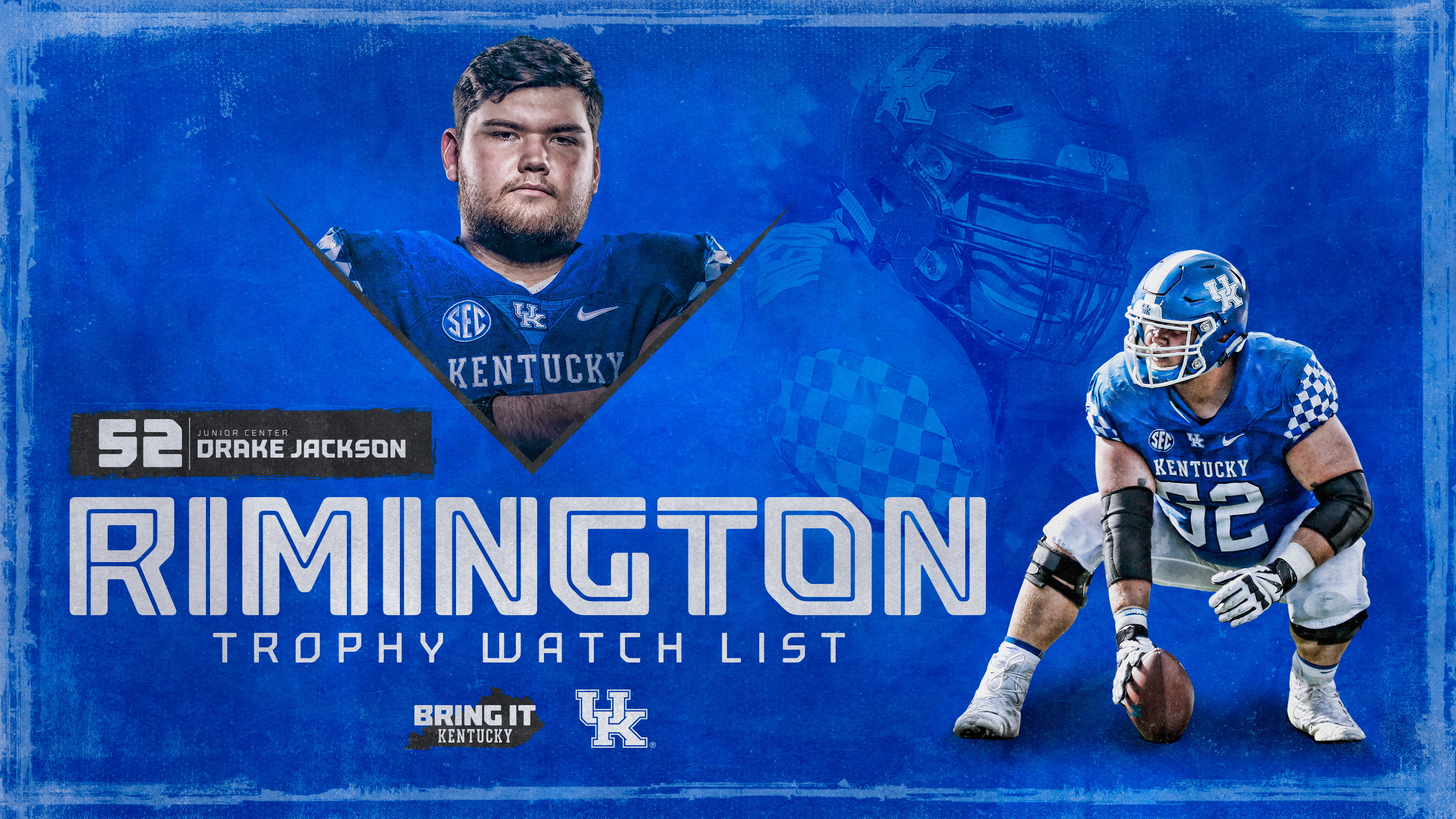 LEXINGTON, Ky. – Kentucky junior Drake Jackson has been named to the 2019 fall watch list for the Rimington Trophy, presented annually to the most outstanding center in NCAA Division I College Football.

Jackson, a native of Versailles, Kentucky, started at center in all 13 games last season, giving him 20 consecutive starts. He was responsible for only one-half quarterback sack and he had 141 blocks at the point of attack, and had 33 knockdown blocks. He was a significant contributor to helping Benny Snell Jr. reach his third-consecutive 1,000-yard season, the first player in school history to accomplish that feat.

Because the selectors of these three All-America teams can place centers in a “mix” of offensive linemen that includes guards and tackles, their 11-man first teams can often have two centers. The Rimington Trophy committee’s policy is to count all players that play primarily the center position for their respective teams as centers, even though they may be listed as guards or tackles on the All-America teams.

The center with the most first team votes will be determined the winner. If there is a tie with first team votes, then the center with the most second team votes will win. If there is still a tie, the winner will be determined by a majority vote from the Rimington Trophy committee. The winner will be recognized at the Rimington Trophy Presentation at the Rococo Theatre in Lincoln, Nebraska on Saturday, January 18, 2020.

Since its inception, the seventeen-year old award has raised over $4.2 million for the Boomer Esiason Foundation, which is committed to finding a cure for cystic fibrosis.

Dave Rimington, the award’s namesake, was a consensus first-team All-America center at the University of Nebraska in 1981 and 1982, during which time he became the John Outland Trophy’s only two-time winner as the nation’s finest college interior lineman. For more on the Rimington Trophy and a list of past recipients, visit www.rimingtontrophy.com

The Rimington Trophy is a member of the National College Football Awards Association (NCFAA), which encompasses the most prestigious awards in college football. Founded in 1997, the NCFAA and its 25 awards now boast over 800 recipients, dating to 1935. Visit ncfaa.org to learn more about the association.

Kentucky opens the 2019 season against first-time opponent Toledo on Saturday, Aug. 31 at Noon ET on the SEC Network. The following week, Eastern Michigan returns to Lexington (Sept. 7) for a 7:30 p.m. ET start on ESPNU or the SEC Network Alternate. The three-game home stand will conclude with the conference opener vs. the Florida Gators on Sept. 14 in Kroger Field. That highly-anticipated matchup is set to air at 7 p.m. ET on ESPN, the only conference game in the prime time window.