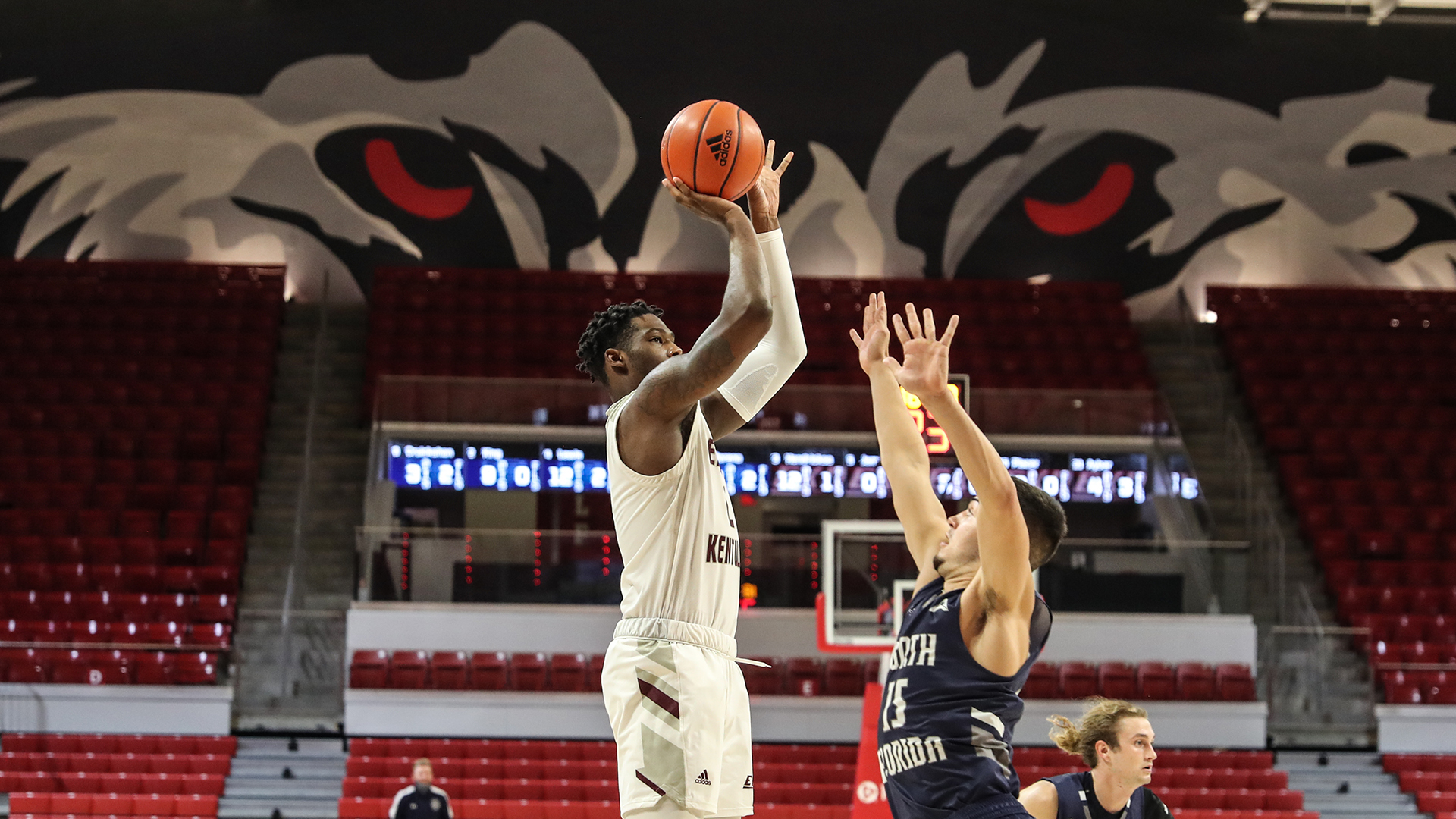 After a convincing win over North Florida in the season opener on Wednesday, the Eastern Kentucky University men’s basketball team will close out their stay at the Mako Medical Wolfpack Invitational by playing Charleston Southern on Friday.

Tip from Reynolds Coliseum is scheduled for 2 p.m. ET.

Friday’s game will not be streamed; however, Greg Stotelmyer’s live radio broadcast will be available in the Richmond area on WCYO-100.7 FM, and can be heard worldwide on EKUSports.com. Live stats will also be available.

WHAT TO KNOW
EKU (1-0) rolled past North Florida, 80-67, in the opener on Wednesday evening, despite shooting only 35 percent from the field and 18 percent from three-point range. The Colonels won the turnover battle, 21-10, and the rebounding battle, 50-40.

EKU led by as many as 24 points late in the second half.

SCOUTING THE OPPONENT
Charleston Southern (0-1) fell to N.C. State, 95-61, in its opener on Wednesday.

UP NEXT
Eastern will travel to Cincinnati to face Xavier on Monday, November 30. Tip from the Cintas Center is scheduled for 7 p.m. ET.