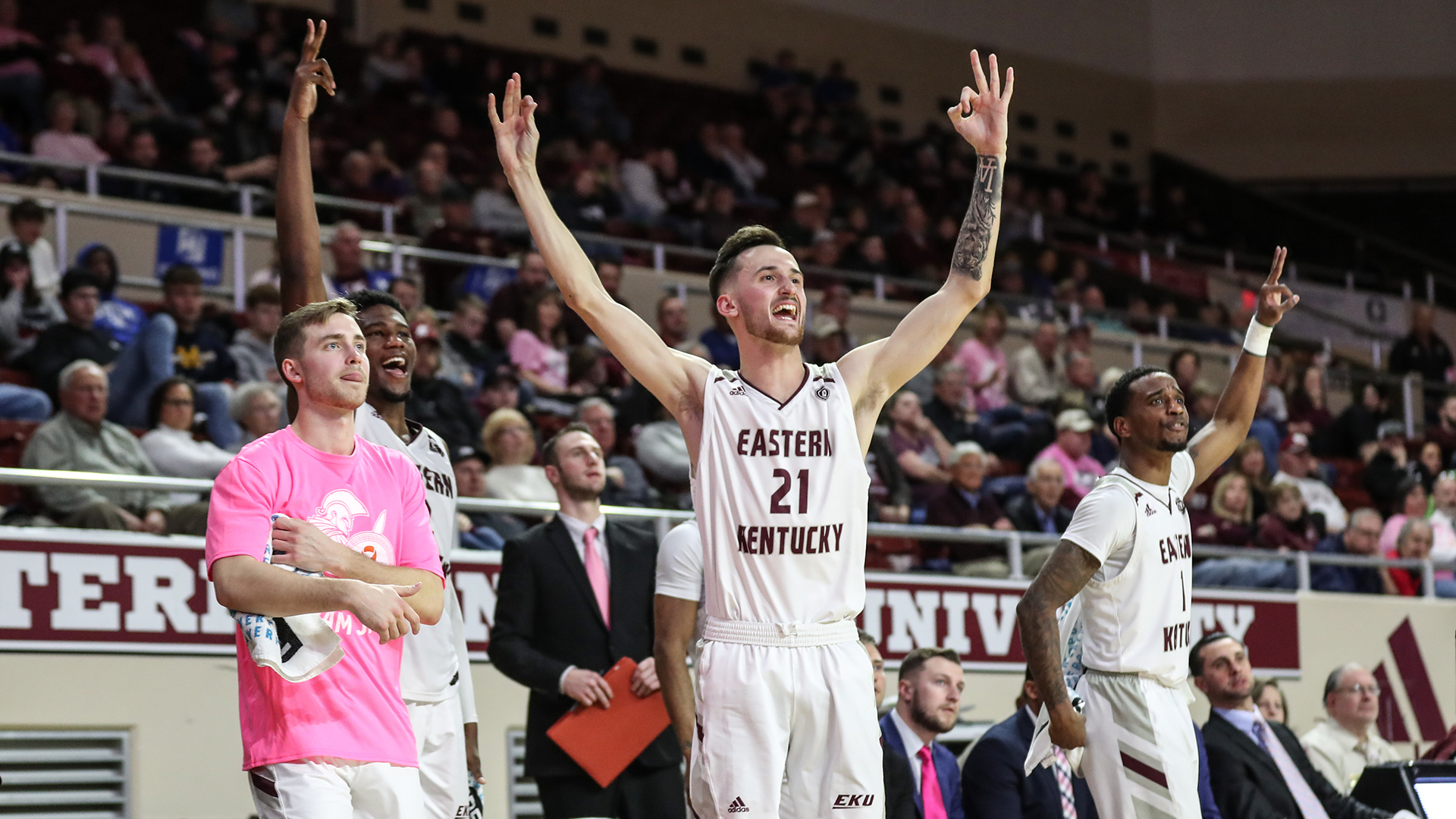 The Eastern Kentucky University men’s basketball team improved to 7-2 in the Ohio Valley Conference, its best start in league play since 1987-88, with a 99-86 win over the University of Tennessee at Martin on Thursday at McBrayer Arena.

Eastern will host Southeast Missouri State at McBrayer Arena on Saturday at 4 p.m.

Ty Taylor led Eastern Kentucky with a season-high 27 points.  He went 9-of-17 from the field, including 5-of-9 from behind the arc.  Jomaru Brown and Tre King contributed 22 points each.  King added five rebounds, five steals and four assists.  Brown also had four steals.

As a team, the Colonels had 15 steals and scored 25 points off the Skyhawks’ 21 turnovers.

The game-changing run came after Quintin Dove connected on a 3-pointer for UTM to get the visitors within two, 36-34, with 5:42 left in the first half.  Almost a minute later, Tariq Balogun made two free throws to start a 21-3 run to end the half.  A dunk by King stretched the margin to double figures, 47-36.  Taylor’s 3-pointer with four seconds left in the opening period made it a 20-point game, 57-37, at intermission.

UT Martin turned the ball over 16 times in the first half and the Colonels turned those into 21 points off turnovers.  Eastern also used six offensive boards to get 10 second-chance points.

Dove led all players with 35 points.  He made 11-of-16 attempts from the field and went 12-for-12 at the stripe.  Parker Stewart had 18 points and eight rebounds.

Eastern Kentucky hit on 52 percent of its shots from the field and nailed 19-of-20 at the free throw line (95 percent).  UT Martin shot 48 percent for the game.