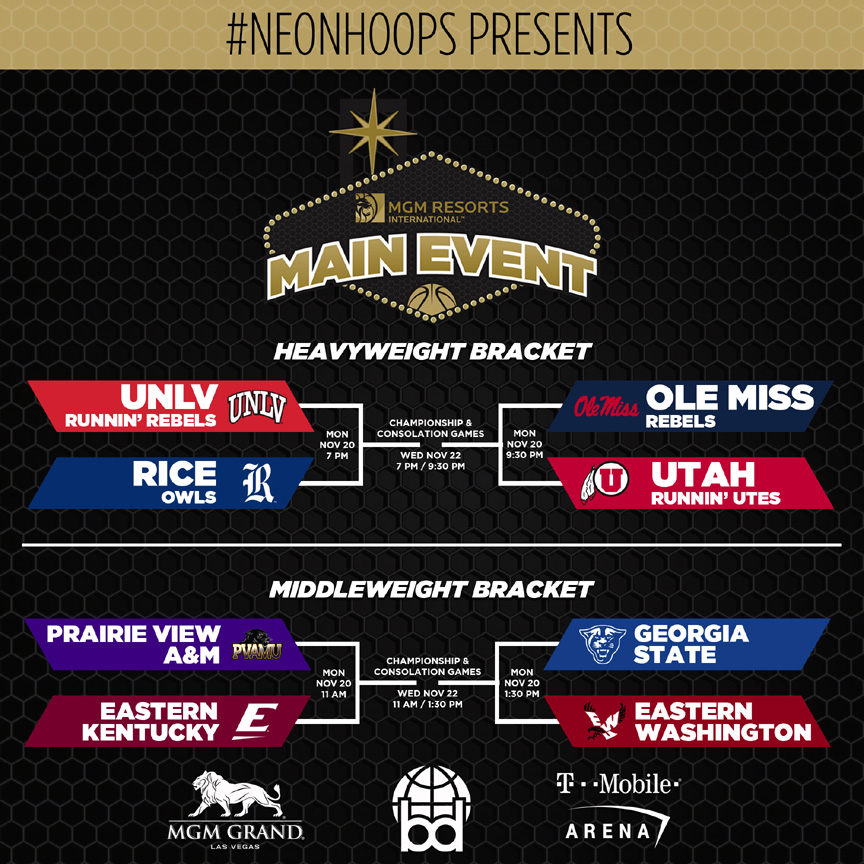 EKU is one of four teams in the tournament’s Middleweight Bracket, joining Eastern Washington, Georgia State and Prairie View A&M.

Eastern Kentucky and Prairie View A&M will play the Main Event’s opening game on Monday, November 20 at 2:00 p.m. ET. The Colonels will then play either Georgia State or Eastern Washington in the Middleweight Bracket consolation game (2:00 p.m. ET) or championship game (4:30 p.m. ET) on Wednesday, November 22.

Before arriving in Las Vegas, EKU will open the 2017 season with tournament road games at Rice (November 10) and Ole Miss (November 12).

“We are very excited to play in the MGM Resorts Main Event,” head coach Dan McHale said. “Being able to open up the season at a C-USA school and SEC school will test us early. Then playing two neutral site games in Las Vegas at a cool venue will be an experience my players will never forget.”

Tickets for all sessions of the MGM Resorts Main Event are on sale now and can be purchased at the T-Mobile Arena and MGM Grand box offices, AXS.com or by calling 888-9AXSTIX.

EKU traveled to Mexico for the Cancun Challenge last November, and the Colonels are set to play in the U.S. Virgin Islands Paradise Jam in November of 2018.