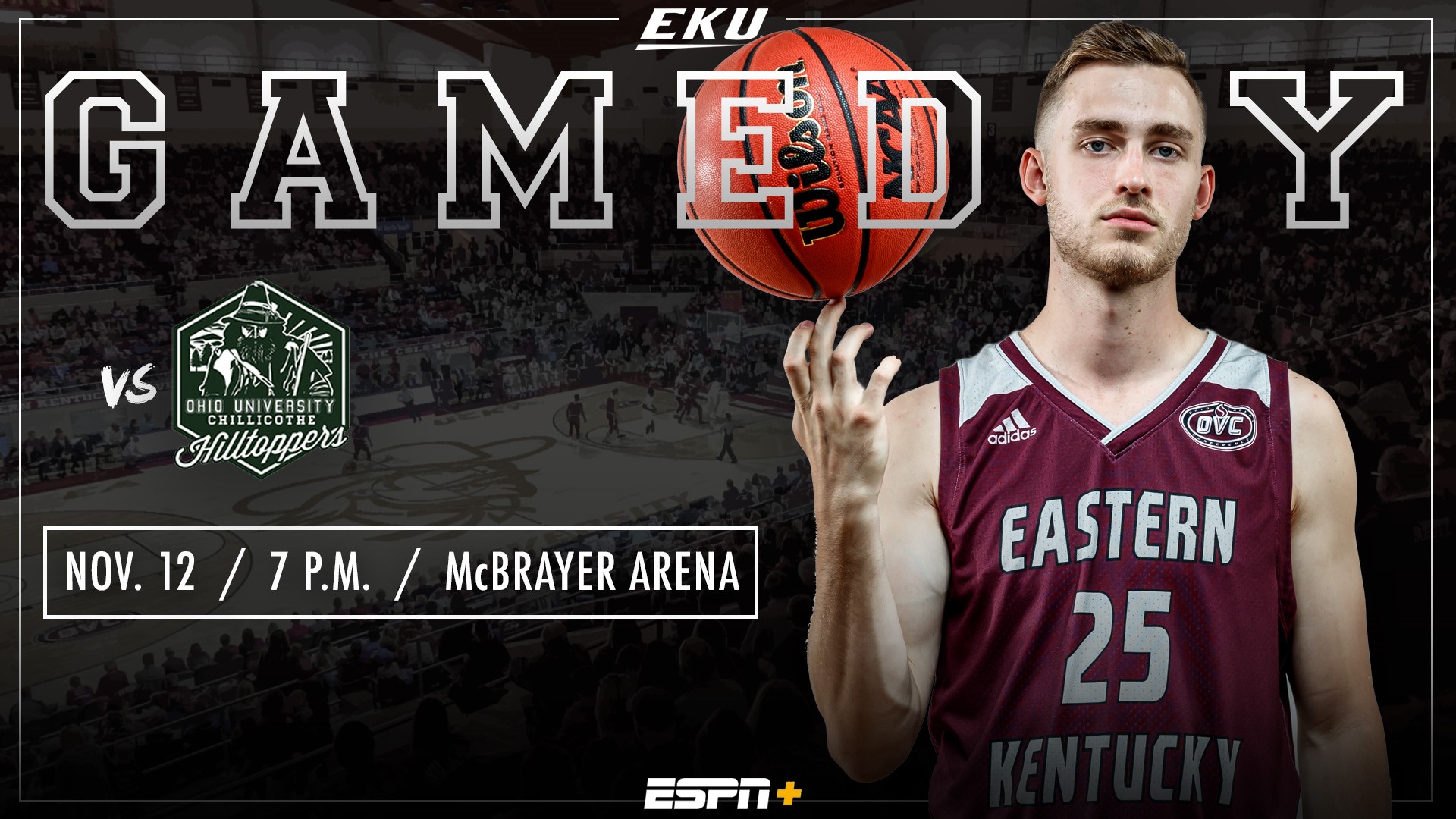 The game will be streamed live on ESPN+. The live radio broadcast of the game is available in the Richmond area on WCYO-100.7 FM, and can be heard worldwide on EKUSports.com.

In honor of Veterans Day, all those with a Military I.D. will receive a $5 ticket to the game.

Junior Jacquess Hobbs delivered a productive outing off the bench vs. No. 2 Kentucky. Hobbs posted six points to go along with team highs in rebounds (seven), assists (five) and steals (2).

EKU connected on eight three-pointers at No. 2 Kentucky on Friday. The Colonels, meanwhile, held the Wildcats to 2-of-14 shooting from deep (14 percent).

Eastern came up with 10 steals at No. 2 Kentucky on Friday. That is the most the Colonels have recorded in a game since getting 10 at Morehead State on Feb. 14.

SCOUTING THE OPPONENT
The Ohio Chillicothe Hilltoppers come into Tuesday’s matchup with a record of 0-4.

This will be the first-ever meeting between EKU and Ohio Chillicothe.

UP NEXT
The Colonels will host another team of Hilltoppers – the Western Kentucky Hilltoppers – on Friday, Nov. 15. Tip from McBrayer Arena is scheduled for 7 p.m.