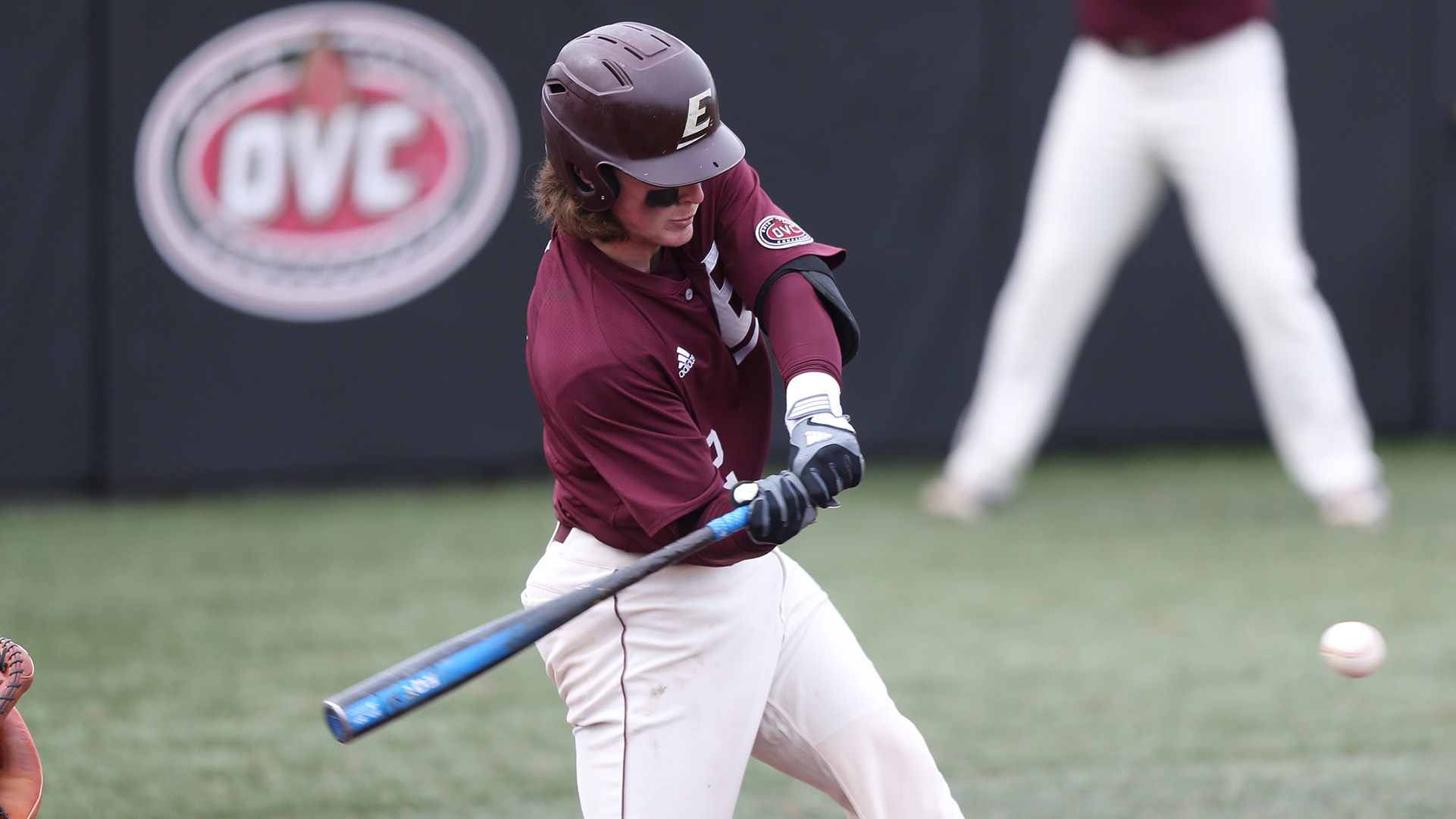 With the win, the Colonels (15-17, 8-4 OVC) sweep their second straight Ohio Valley Conference opponent and have won three straight league series.  EKU is 8-1 in its last nine OVC games.  The last time Eastern swept back-to-back three-game series against conference teams was in 2005.

With two outs in the sixth inning, Holderbach sent the first pitch he saw over the wall in right field to plate four runs and make it 11-5.  It was his team-leading seventh home run of the season.  He finished 2-for-4 with two runs and five RBIs.

“I thought our team battled today, we were down and we came back,” Eastern Kentucky Head Coach Edwin Thompson said.  “We won the middle innings, we’ve been fighting for that all year.  The grand slam from Holderbach in the sixth inning was obviously the nail that we all appreciated.”

The Colonels erased a 5-2 deficit in the bottom of the fourth.  Daniel Harris IV drove in Tyler Romanik with a single to left center.  Daniel McFarland followed with a single to right that scored Chris Botsoe.  Harris also scored, after an error on the play, to tie the game.

Eastern took the lead for good on an RBI double by Nick Howie in the bottom of the fifth.  Jake Lewis followed with a ground out that scored Holderbach and made it a 7-5 game.

Ryland Kerr had a 3-for-5 day and scored three times.  Harris was 2-for-4 with two runs scored and one driven in.

Jack Piekos (1-2) picked up the win after pitching four innings in relief.  He allowed one run on one hit, walked two and struck out four.

“Jack Piekos was the story for me,” said Thompson.  He did a great job out of the bullpen, giving us four innings.  With a couple of guys injured, we needed somebody to eat up some innings.”

Jordan Ross finished 3-for-5 with two runs and an RBI for the Cougars.

“It’s great to see us playing good baseball,” Thompson said.  If we can play well in all three phases, like we have recently, we’re pretty good.  It’s fun to see that happen, and hopefully keep going on Tuesday.”

The Colonels will play host to East Tennessee on Tuesday at 4 p.m.