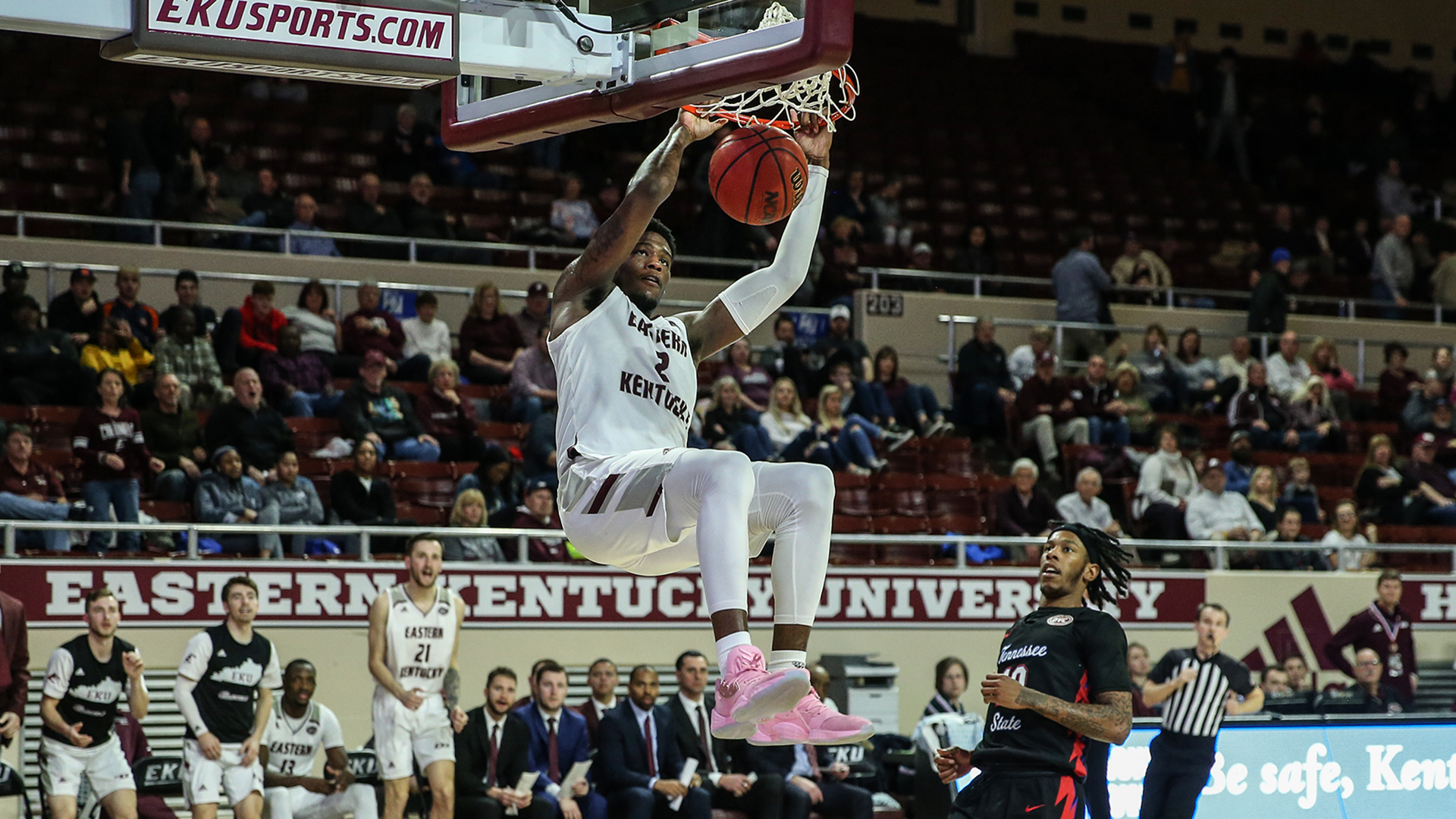 The Eastern Kentucky University men’s basketball team travels to Murray State for a Thursday night showdown. Tip from the CFSB Center is scheduled for 8 p.m. ET.

The game will stream live on ESPN+. The live radio broadcast of the game is available in the Richmond area on WCYO-100.7 FM, and can be heard worldwide on EKUSports.com.

It is only the seventh time in program history the Colonels won 11 or more OVC games.

As of February 24, EKU was one of only 66 teams in the country with 11 or more conference wins.

Freshman Michael Moreno recorded his team-best fourth double-double of the season on Saturday versus Belmont (10 points, 10 rebounds). He also dished out a team-best four assists against the Bruins.

SCOUTING THE OPPONENT
Murray State (20-8, 13-3 OVC) split last weekend on the road, losing to Eastern Illinois on Thursday before bouncing back to edge SIUE on Saturday.

The Racers enter the week in a three-way tie with Belmont and Austin Peay for first place in the OVC.

This is the 169th all-time meeting between EKU and Murray State. The Racers lead the series, 106-62, and have won six straight over the Colonels.

UP NEXT
EKU returns home to host rival Morehead State in its regular season finale on Saturday. Tip is scheduled for 7 p.m. ET. Senior Day will be celebrated before the game.