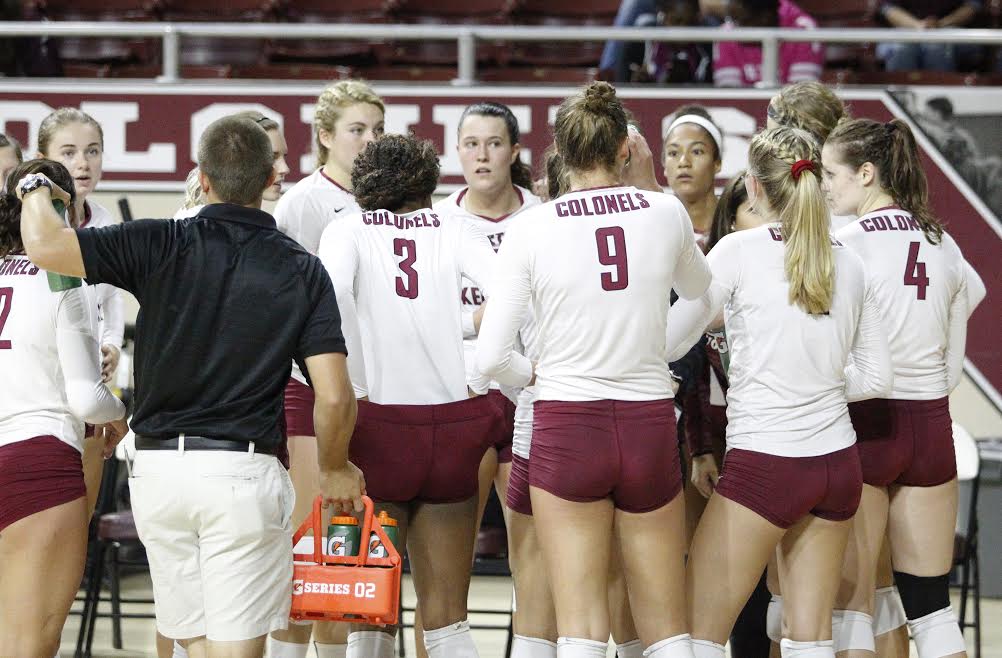 The Colonels racked up 12 total blocks on the day. Saturday’s total was the second-highest block total of the season. Junior Ciera Koons led EKU defensively with six total blocks. Koons finished the contest with one solo block, along with five block assists.

Austin Peay opened a wide lead in the first set and the Colonels could not recover, as the Governors took a 1-0 lead in the match. However, EKU settled down in the second.

Leading 12-9, freshman Rachel Woody found sophomore Cassie Knutson for the score to start the EKU run as the Colonels extended their lead. Knutson’s service ace added to the EKU lead, putting the Colonels up 19-12. The Colonels then used a 4-1 run to close out the set and even the match one.

Woody’s kill gave the Colonels first point in the third, before the momentum swung in favor of the Governors. After APSU extended its lead to 10-4, EKU regained its composure. EKU constructed a mid-set run to close in on the APSU lead, before cutting it to three with a service ace from junior Celina Sanks. The Governors, however, went on to claim the set, 25-19.

EKU, maintaining its resiliency, cut a six-point deficit down to two in the fourth. Trailing 20-17, Sanks’ swing pulled the Colonels within two. An Austin Peay miscue narrowed the lead to one, but the Governors claimed five of the set’s final six points for the win.

Drost led the Colonels with a team-high 12 kills. The transfer from Winthrop has logged 10 or more kills in 10 matches this season.

Friday’s match is scheduled for 7 p.m., while Saturday’s first serve is slated for 2 p.m.