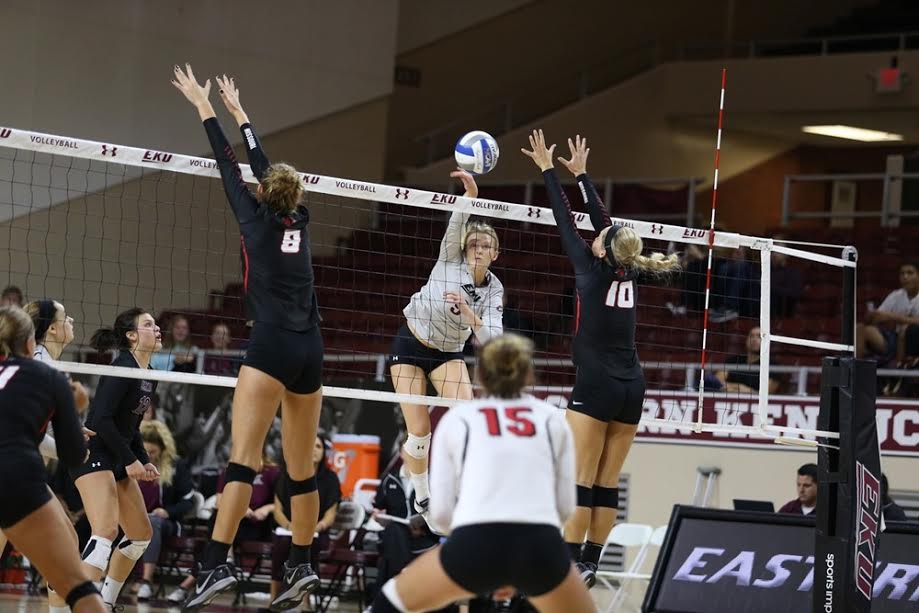 Drost’s 19 kills and 11 digs helped notch her ninth double-double of the season and second in the last three matches. Sophomore Cassie Knutson and junior Celina Sanks added 17 and 12 kills, respectively, to lead the EKU offense.

Eastern Kentucky took a 2-0 lead in the deciding set before the Redhawks battled back to knot the score at eight. Drost landed one of her 19 kills on the night, as freshman Rachel Woody found her for the score to put the Colonels up one and force a SEMO timeout.

After the teams traded points, back-to-back kills from Drost put the Colonels back in front for good. With a 13-11 lead, Woody and fellow freshman Kaylin Johnson denied the Redhawks’ attack to give the Colonels the match-point opportunity.

SEMO’s Krissa Gearring led all players with 22 kills. Jade Mortimer had a match-high 25 digs for the Redhawks.

With the win, the Colonels have won their last two five-set matches.

The Colonels will be back in action on Saturday against the University of Tennessee at Martin. The match is slated for a noon first serve.