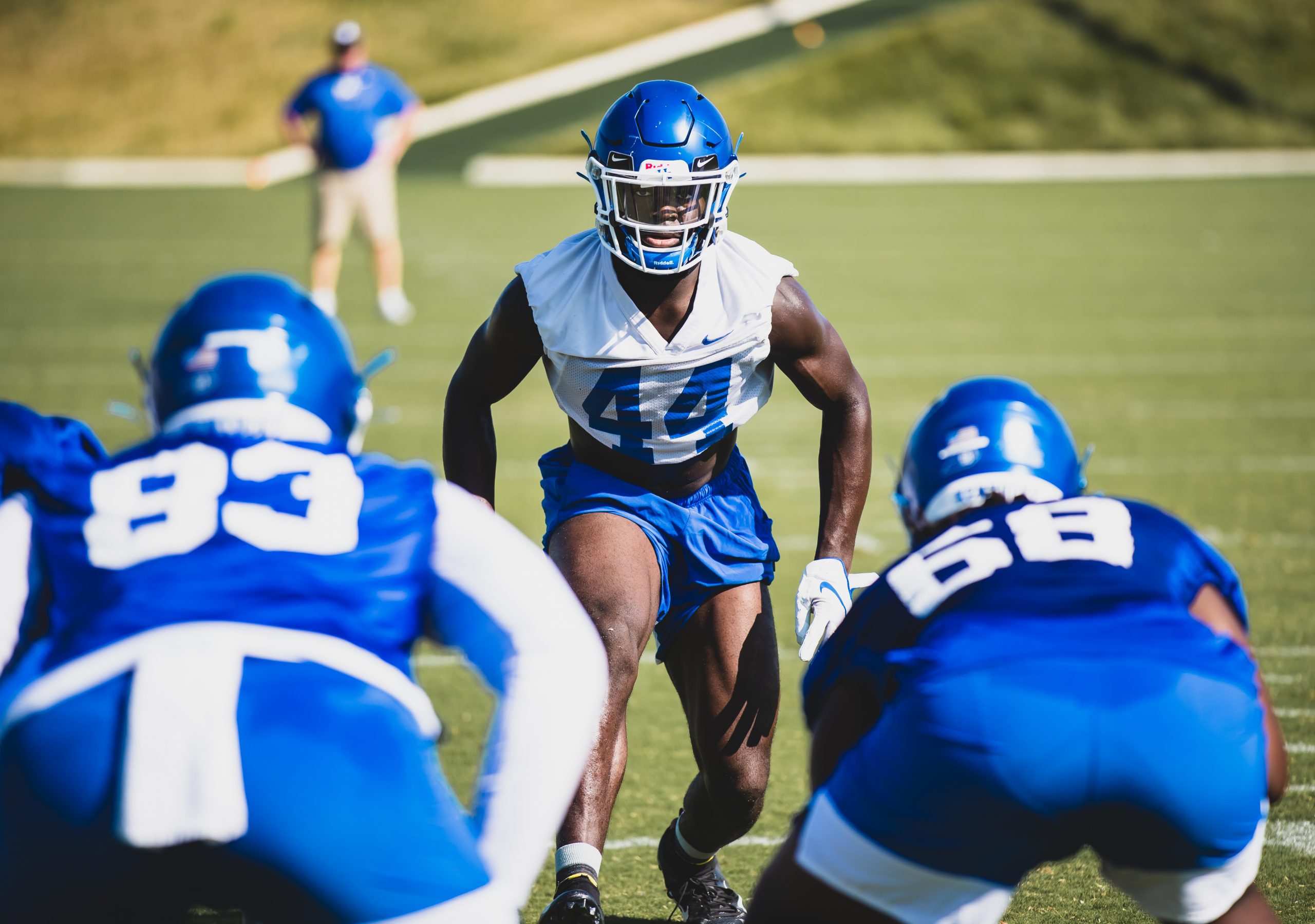 “You can tell the guys are ready,” White said. “They can sense and the urgency is elevated and they are into the single digits right now until kickoff time and you can sense it. It was a good, solid week. We got some work in and a good start on next week.”

White’s counterpart, the Kentucky offense, has given the defense a challenge during the preseason, especially an offensive line anchored by center Drake Jackson and offensive tackles Darian Kinnard and Landon Young.

“Every day, our guys have to work at every single level,” White said. “I’m really, really impressed with (Josh) Ali out there, his progression as a wideout from when I got here to now and the stable of running backs that we’ve got (have improved).

“Terry has looked really, really good,” White said. “So have the other quarterbacks. I think Beau (Allen) has jumped out (because) you don’t see a true freshman quarterback that can do some of the things that he does and it’s really impressive to see.”

White said the main focus has been limiting explosive plays and building on last year’s success.

White’s defense will be led by defensive back Yusuf Corker, defensive lineman Josh Paschal and linebacker Boogie Watson and is confident the defense can rise to the occasion this season.

“Just because you look good on paper, doesn’t mean you’re going to rise to those challenges and elevate,” White said. “Do I have confidence that our guys are going to be able to? Absolutely. There’s no group I would rather go out to the field with. But, we have to do that week in and week out. We have to do it together, face adversity, new challenges, different teams, different offenses, and every week we’re going to have to pull together when that adversity strikes and elevate (our game). We’ve got the guys to do it but you never know exactly how it’s going to play out.”

White added the Wildcats have taken great pride in their progression during fall camp.

“There is a pride piece to it,” he said. “Anybody on this team and anybody that’s a competitor has that pride piece. We also know in years past, last year and years before, those years are gone. We’re a different team and we’re a different defense. Do we have a lot of the same pieces? Are we confident in our abilities and the guy next to them? Every year is different and every year you have to face new adversity and challenges.”

He added that numbers can be deceiving but the bottom line is making sure the end result on any given Saturday is a victory.