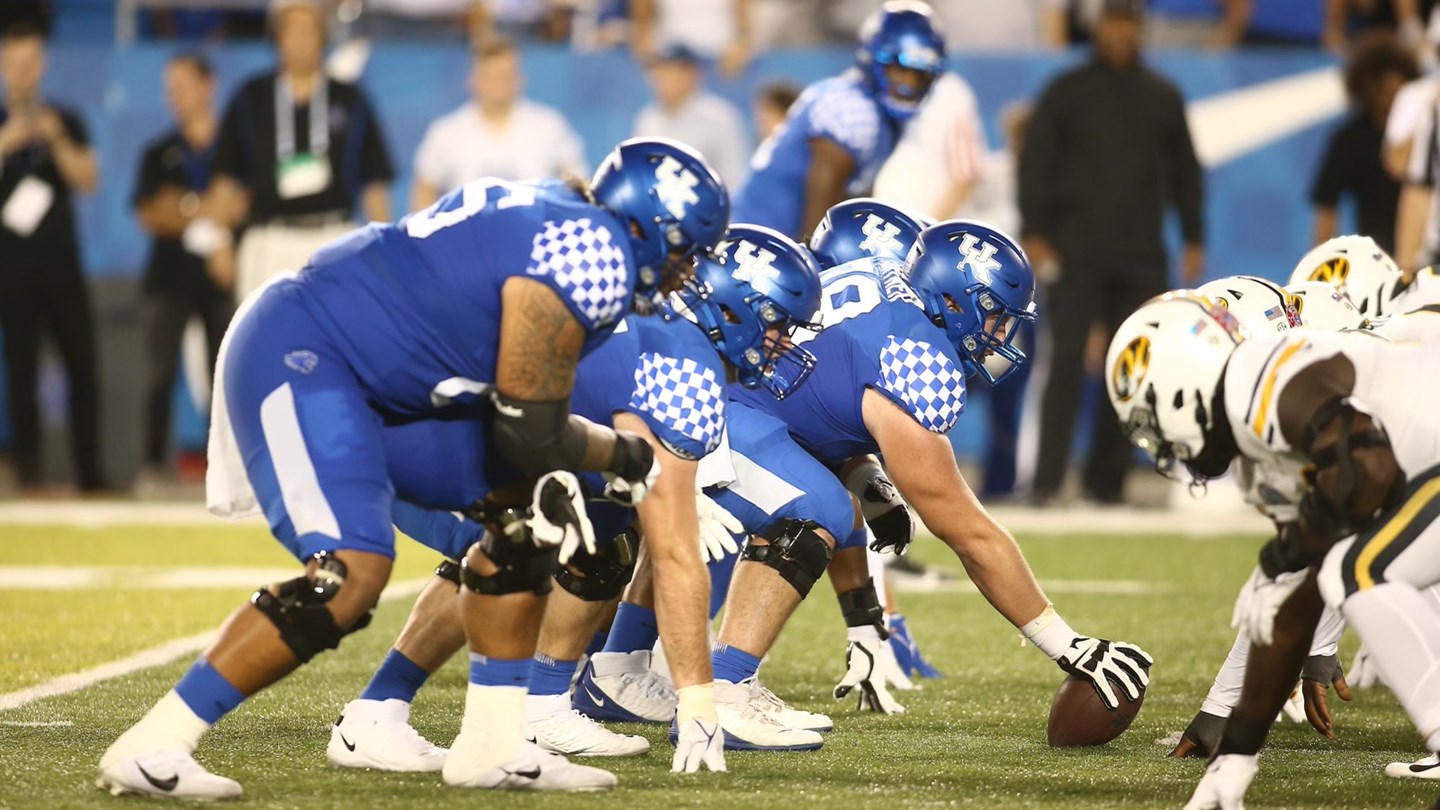 Wildcat Linemen Honored by The Associated Press, The Athletic

Kentucky offensive linemen Eli Cox and Darian Kinnard each were named midseason All-Americans on Tuesday, with Cox being honored by The Associated Press and Kinnard by The Athletic.

Cox, a sophomore from Nicholasville, Kentucky, earned his second midseason All-America recognition after previously making ESPN’s team. He also was the Southeastern Conference co-Offensive Line Player of the Week on Oct. 11 after the Wildcats’ dominant 42-21 victory over LSU. He also recovered a fumble in the end zone, which was the winning touchdown against Missouri.

Cox is in his first season as the starting right guard on UK’s offensive line affectionately known as the “Big Blue Wall.” The o-line unit has helped pave the way for the SEC’s leading rusher, Chris Rodriguez Jr., and Kentucky’s first 6-0 start since 1950 before falling to No. 1 Georgia last Saturday.

Kinnard, a 6-foot-5, 338-pound mountain from Knoxville, Tennessee, earned Second-Team Midseason All-America from The Athletic. The preseason All-American has played in 40 career games with 33 consecutive starts at right tackle for the “Big Blue Wall” that has bludgeoned opponents with one of the top rushing attacks in FBS the past few years.

The Wildcats’ offense is averaging 387.7 total yards per game, including 190.9 on the ground, and has already had five 100-yard rushing performances by running backs. Kinnard is rated as one of the country’s top run blocking tackles by Pro Football Focus.

Kinnard’s list of preseason awards included being named a preseason first-team All-American by Athlon Sports, ESPN, USA Today, Walter Camp and Pro Football Focus. He was also a preseason second-team All-America choice by Phil Steele. Additionally, he was named first-team All-Southeastern Conference by Athlon Sports, Media, Phil Steele and Walter Camp. He also is on the watch list for the Outland Trophy, given to the nation’s top interior lineman on offense or defense in college football, and the Reese’s Senior Bowl.

Kentucky is off this week before returning to the field on Oct. 30 when it travels to Mississippi State. Kickoff is set for 7 p.m. EDT on the SEC Network and the UK Sports Radio Network.