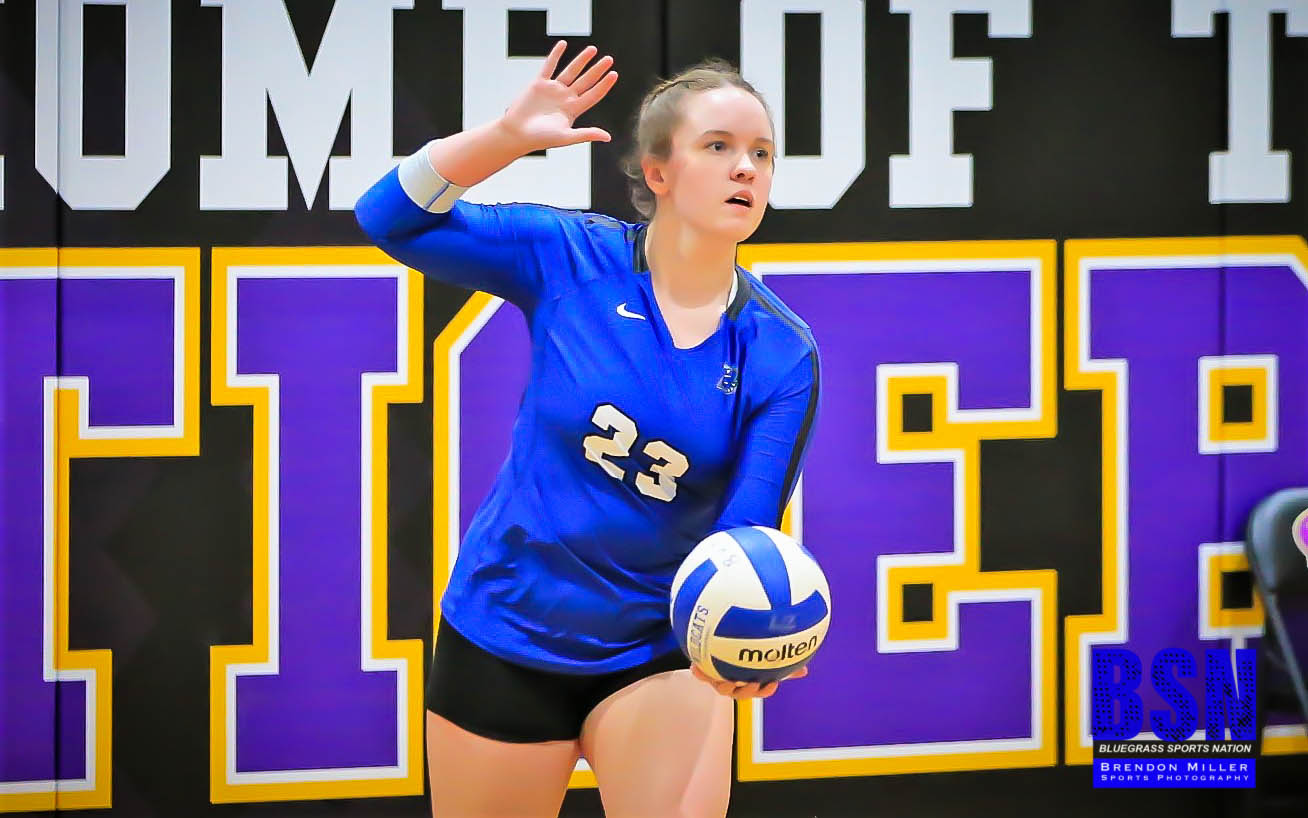 The Kentucky Volleyball Coaches Association announced their Regional Players of the Year on Monday and Breathitt County Junior Emalee Watts is the 2020 14th Region Player of the Year.

Watts has been a standout for the VolleyCats since taking her spot as a starter in the 7th grade. In this her 5th varsity season, Emalee has excelled in this shortened season in which the VolleyCats have only played 17 matches and 39 sets as they head into the Regional Tournament.

Breathitt Head Coach Stephen Bowling: “Emalee is an amazing setter and leader for our team, but most importantly, she is a team player. She is always willing to work hard and is dedicated to making Breathitt High School Volleyball and her teammates better.”

In the 17 matches this season, Emalee has compiled 63 aces in 212 serve attempts for a serve percentage of 92% and 2.79 serve rating. Emalee is the primary setter for the VolleyCats and has recorded 193 assists, 48 digs, and 70 kills on the season.

Emalee’s mother Susan Watts: “I am so proud of Emalee. Volleyball is her passion. She has worked so hard to be a leader for her team. She has given up her summers since she was in 7th grade to attend camps. She has fought back from a couple injuries to come back stronger for her team. I love watching her play the game she loves so much. I want to thank the coaches of the 14th Region who voted for her.”