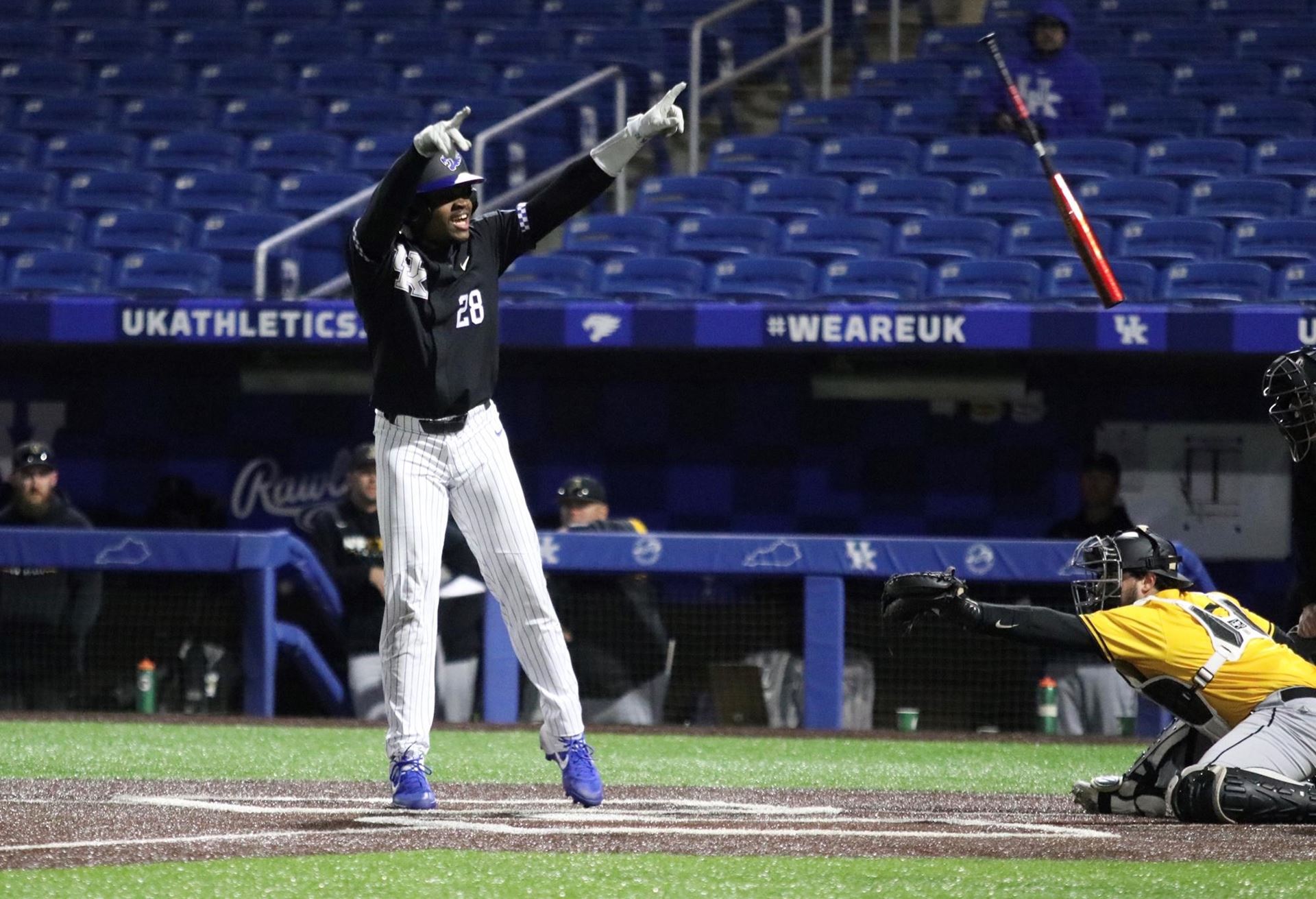 Oraj Anu walked it off on Sunday. Literally.

The Kentucky baseball team completed a weekend sweep of Appalachian State with an 8-7 15-inning marathon victory, capping a perfect 4-0 start to its 15-game homestand at Kentucky Proud Park. It was the Wildcats’ 26th consecutive win over non-Power Five conference opponents, the longest such current streak in the Southeastern Conference.

The Cats (4-3) finally sent the crowd of 2,392 home happy when Anu drew a four-pitch walk to force home Matt Golda in the bottom of the 15th inning after loading the bases on Golda’s walk, Trae Harmon’s hit by pitch and T.J. Collett’s intentional walk. It capped a wild afternoon that saw the Cats fall behind 5-0, rally for a 7-6 lead before the Mountaineers tied the score with a two-out RBI double in the ninth.

UK had chances to win it in the 12th, 13th and 14th innings but saw the winning run stranded at third base all three times, including twice on tremendous diving plays by the Appalachian State second baseman that extended the game. Breydon Daniel also nearly won it for the Cats in extras but his drive down the left field line was ruled to have landed inches foul.

Still, the weekend was a rousing success and a coming out party for Harmon, who clobbered home runs in all three games, including a game-tying two-run shot on Sunday. The sophomore now has four home runs on the season and has teamed with sophomore Austin Schultz, who also homered on Sunday and drove in nine runs this week, to provide the bulk of UK’s offense thus far.

The Cats will return to the field on Tuesday at 4 p.m. ET against Tennessee Tech to open a five-game week.

Top 9th – Drumheller singled through the right side, advanced to second on a wild pitch and scored on Young’s two-out double to LCF. UK 7, APP. STATE 7.

The Cats open a five-game week at Kentucky Proud Park vs. Tennessee Tech on Tuesday, Feb. 25 at 4 p.m. ET. The game will be aired on SECN+. The radio call will be on the UK Sports Network.