Fields Induction Into Hall of Fame Leads the Show 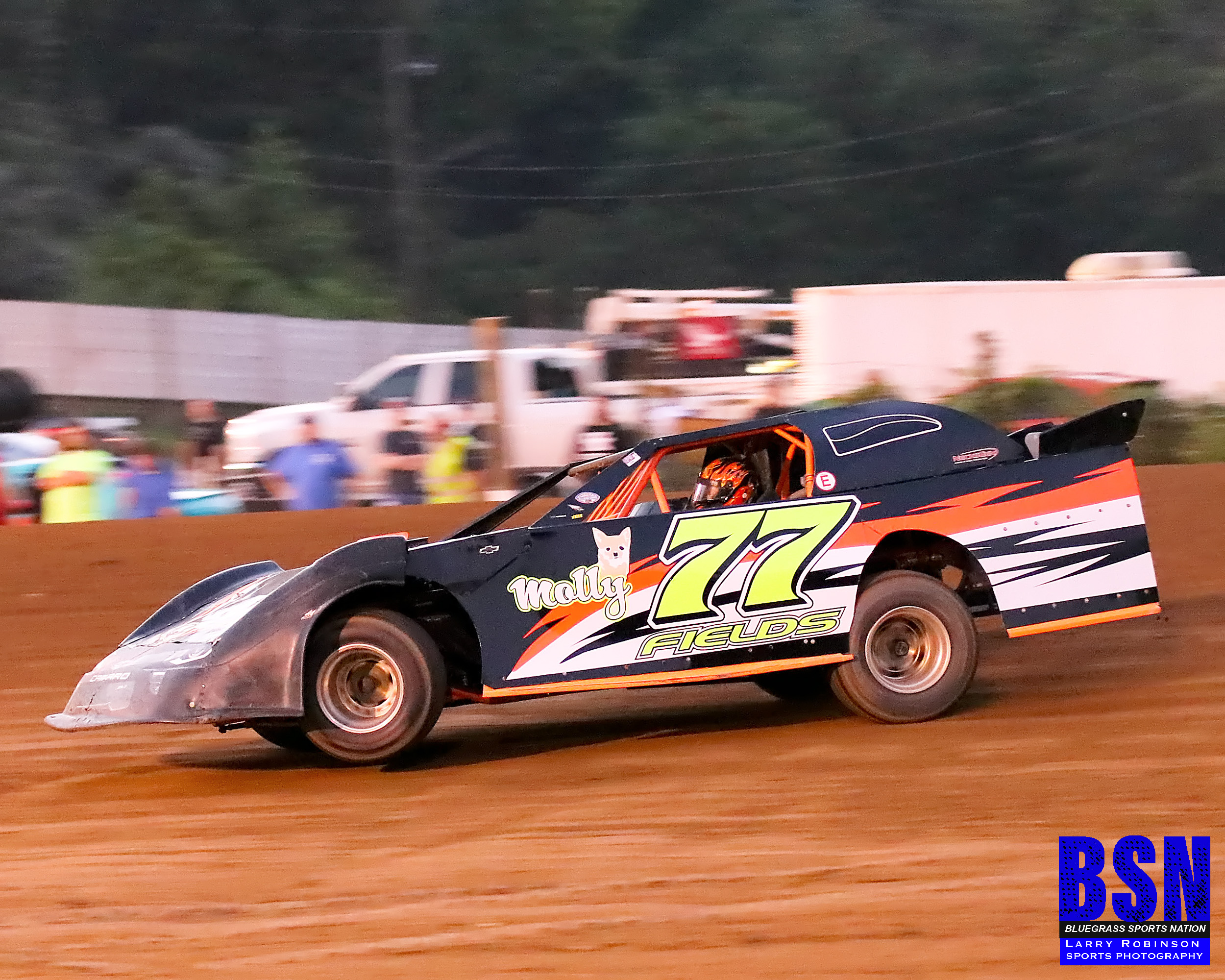 A week removed from last weekend’s rain out fans and drivers were excited to return to the track at Mountain Motorsports Park in Isom, Ky. While everyone had their predictions as to who was gonna win each race, it was a page from the history books that proved to be true in the final results.

The night started off with track officials honoring a living legend at the dirt track, as they named Jackie FIelds driver of the #77 Late Model into the Hall of Fame. Fields became the second of five inductees to be named into the Hall of Fame Friday. He garners the title of the longest running driver in the historic race track.

How long has he raced you may ask? Odds are good, actually great, that if ever in your life time you’ve watched a race in Isom you’ve watched Fields. That’s because he has ran there since 1969, the year they opened the track. “I helped haul the dirt in here when then built the track and have ran races here ever since,” said the veteran driver.

Race Director and Promoter, Barry Proffitt thanked Jackie for his years for racing and dedication to the sport. “Jackie has always been what this sports is all about on and off the track,” said Proffitt.

As for how long Fields plan to run, dont plan on his hanging up his racing gloves anytime soon. “I told them the other day I was gonna build a car with an opening door so I could climb in and out of it if I had to, I’m gonna race as long as I can,” said the new Hall of Famer with a smile of his face.

History also repeated itself on the track, as all six races were won by previous winners from earlier in the year.

Raymond Nichols piloted his #10 604 Crate Late Model to another big win, but this one would prove to be one of the veteran driver’s hardest earned features of the season. After starting fourth, Nichols was able to work his way up to second, but it would be there he’d find a very hard challenge as #46 Steve Martin was able to hold Nichols off until the final few laps of the race. It was there Nichols was able to get around him and go on to victory.

Second place finisher Martin was followed by the newly inducted Hall of Famer, Jackie Fields and Perry County’s Rocky Moore who rounded out the top four.

Viper’s Jamie Maggard captured the checkered flag in the Limited Lates. #9 Corey Brock had his best finish of the season as he finished second. #44 Ryan Shepherd moved into the second place in the points standings as he finished third in the points. #77 Cody Fields finished fourth in front of Portsmouth, Ohio third generation driver Brayden Dillow who made his first debut run at Mountain Motorsports Park.

The top six were inverted in the second feature, but in the final laps it would be Mason and McCowan battling it out for the win in one of the more exciting races of the season, as Mason came away visotrious in the second feature with McCowan finishing second. #101 Hunter Feltner finished third with #22 Dustin Mosley rounding out the top 4 in the second feature. Mason father, Tim Mason had another big night as he pulled off the trifacta setting fast time before winning the first heat race and taking the checkered flag in the Bombers Feature.

It looked like the streak would continue for the #43k Jacob Hall in the Sports Mods Features, but on lap 9 he would be forced to take his car pitside giving way to #11 Shane Yates who went on to win the race. #26 Jarrod Robinson finished second but was later disqualified as failing post race inspecting giving second place to #2 Dakota Adams and #03 Tony Sizemore.