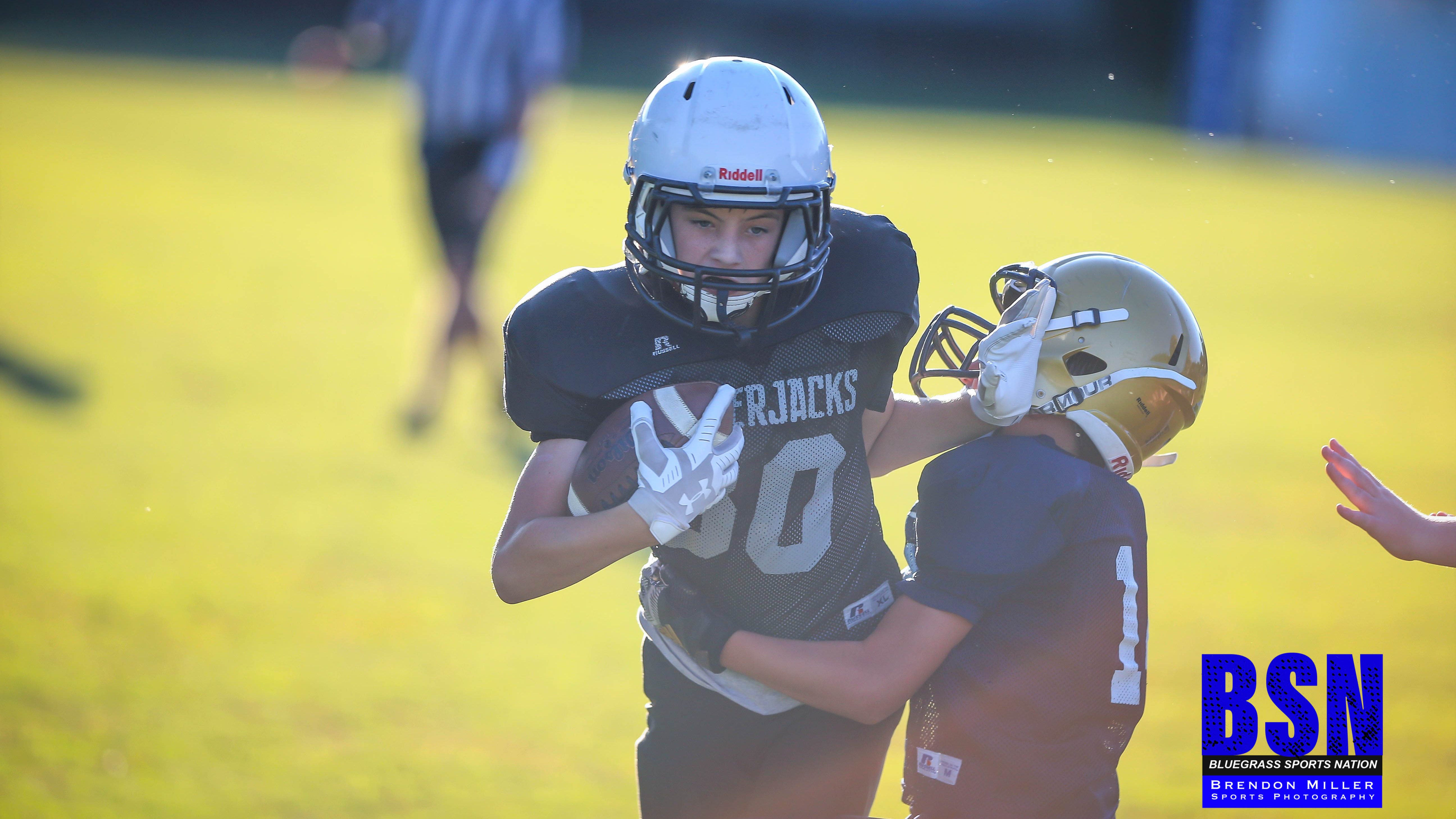 We here at Bluegrass Sports Nation very rarely single out a certain player or play to post about, as it is our philosophy that football is a team game, and the team is central, but the play that Cory Flinchum made on Thursday Night is in need of the spotlight.

In the 2nd quarter of last night’s grade school game between the Northfork Lumberjacks and Hazard Bulldogs. Flinchum hauled in a catch that would be spectacular if happened anywhere on Friday Night, Saturday, or even Sunday.

With the Lumberjacks leading 20-8, Lumberjack Quarterback Aaron David Johnson handed to Running Back John Carter Hollon, who then threw a half-back pass in Flinchum’s direction. The ball was a little high, and Flinchum leaped and fully extended to bring the ball in one-handed with his right hand, for a 22 yard gain as he fell to the ground!!!

What a play, and I was able to capture the sequence from the endzone!! The sun ball by John Carter unfortunately wiped out my pic of the throw. Enjoy, and great job to Cory and the Lumberjacks offense on the play!!!