Flint: CATS Appear to be Hitting Their Stride 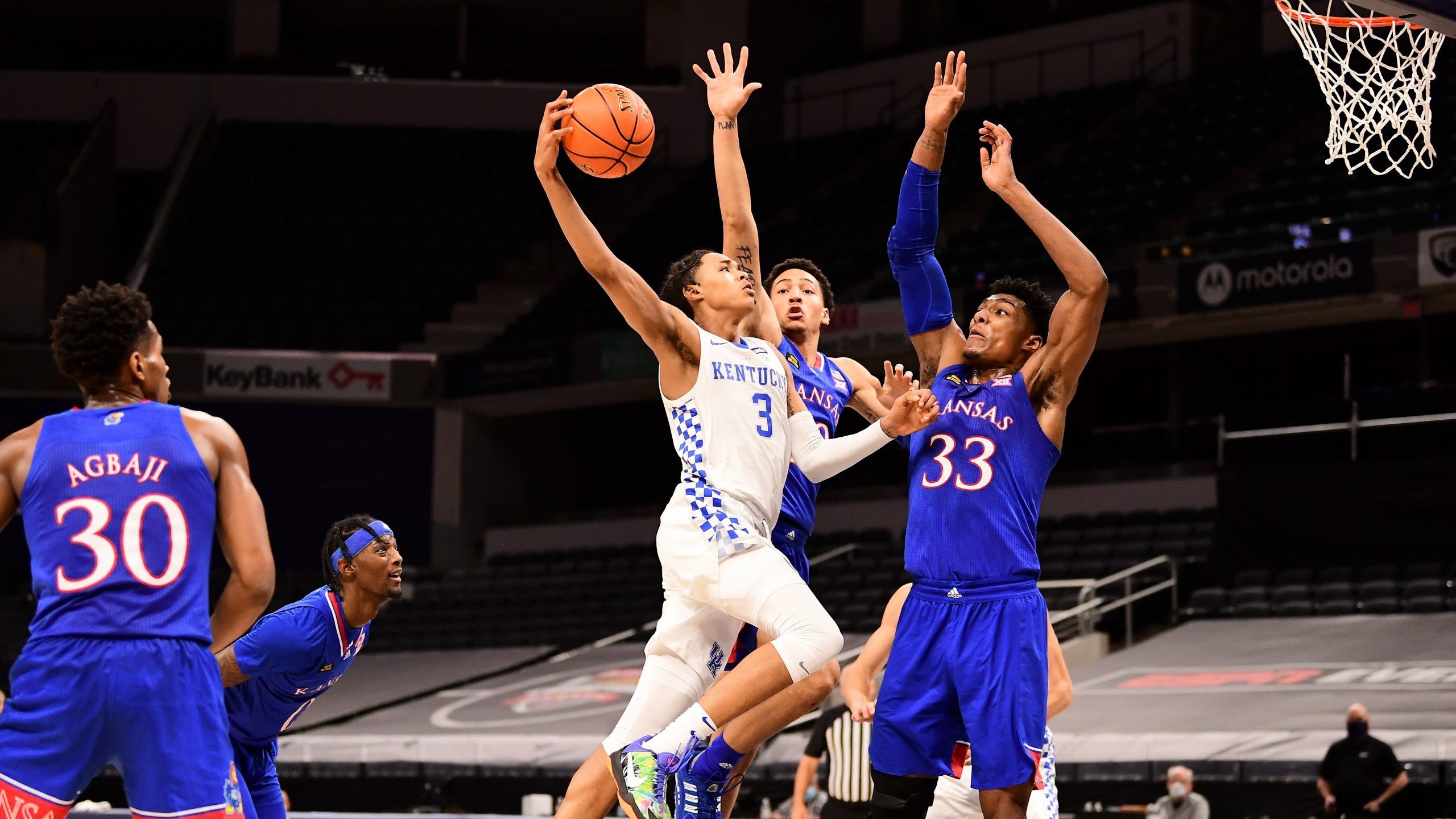 John Calipari’s teams have traditionally finished the regular season on a roll.

Although it hasn’t been a typical year for Calipari, the Wildcats appear to be hitting their stride going into the final three weeks of the regular season.

“We’re playing our best basketball at the end of the season,” Kentucky assistant coach Bruiser Flint said Tuesday ahead of Kentucky’s contest at Vanderbilt Wednesday.

Prior to an 82-80 triumph over Auburn last Saturday, the Wildcats had lost four straight games for the second time this season. Flint admitted the struggles have been tough to endure.

“We’ve had some tough sledding,” he said. “I just think that we’ve continued to get better. Hopefully, we can continue to keep riding this. Keep playing better the last couple of weeks of the season and be going into that conference tournament with some confidence.”

Kentucky guard Davion Mintz said the Wildcats have gotten plenty of support from the coaching staff as they maneuver an unusual campaign.

“The faith that they have in us is unbelievable,” Mintz said. “The spirit is never low. No one is worried about, OK, super down season. OK, how can we still pick up the pieces and try to put this puzzle together? That’s been their focus all season.”

Flint said the biggest difference in Kentucky’s improvement recently has been finishing games without fear.

“I think at the end of ball games is we’ve been tentative. You can’t be afraid. You can’t just stick your toe in the water, you’ve got to jump into the pool sometimes.”

Kentucky edged the Commodores 77-74 on Jan. 5 in Lexington.

The Wildcats departed for Nashville on Monday ahead of a winter storm that has crippled the state for most of the week.

Flint favored the decision to leave early for Nashville and said it has proved to be beneficial for the Wildcats.

“It was a last-second thing, last-minute thing to get everybody together and go. But it was a smart thing to do looking at the weather and everything,” he said. “I think it’s fine. We had a good practice (Tuesday), so we’ve got to continue to keep focusing and doing that when we play (Wednesday).”

Following Wednesday’s game against the Commodores, the Wildcats will leave for Knoxville. Kentucky takes on Tennessee at 1 p.m. Saturday at Thompson-Boling Arena.

Flint said the extended stay in Tennessee won’t be an issue for the Wildcats, who have plenty of options for entertainment.

“Staying on the road for a week is not that hard, as long as you’ve got a chance to get your practice times,” he said. “These kids today. It’s not like the old days where you went outside. These kids — they plug up stuff on their TV. They can entertain themselves, believe me, for hours on end without being outside.”