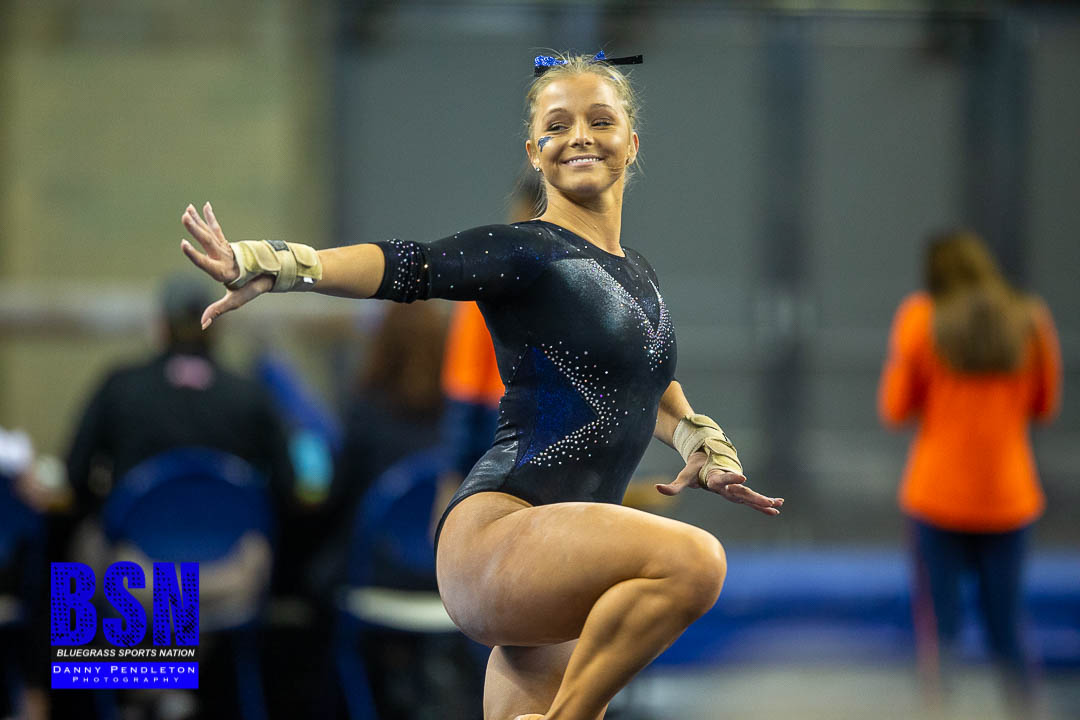 The Wildcats improve to 7-5 overall after concluding their Southeastern Conference slate at 3-4, while the Fighting Illini drop to 10-6 (4-5 Big Ten Conference).

“Getting the win on senior night against a top-25 opponent is a good way to close out our home season,” said head coach Tim Garrison. “I’d like to thank the Big Blue Nation for another year of supporting UK gymnastics at Memorial Coliseum.”

Kentucky was led on the night by event victories from four different athletes, including two from eight-time All-American senior Mollie Korth.

The Cats needed a slight comeback effort to earn their fifth home win of the season, trailing Friday’s competition at the end of each of the two opening rotations. Kentucky ultimately outscored Illinois 49.075-48.725 on vault, however, with Cally Nixon and Arianna Patterson splitting the event title via scores of 9.850 apiece. Senior Alaina Kwan finished close behind the pair, matching a season-high 9.825 in a tie for third place.

Both sides recovered from rocky starts with strong performances on balance beam and floor exercise, allowing Kentucky to marginally separate itself as the better team. A career-high 9.950 from Josie Angeny and a season-high 9.925 from freshman Raena Worley garnered respective second- and third-place finishes on beam, while Worley tied a season-high 9.950 in an outright first-place showing on floor. Korth and junior Ella Warren tied for second with 9.900s each, and senior Hailey Poland’s last career appearance in Lexington coincided with freshman Kaitlin DeGuzman’s first as both athletes earned marks of 9.800.

Kentucky will conclude the regular season in its second quad meet at No. 31 West Virginia alongside No. 27 Maryland and No. 57 Penn. The clash will begin Friday at 7 p.m. ET.