From Walk-on to Team Captain, TJ Comstock is Ready for a Major Comeback in 2020 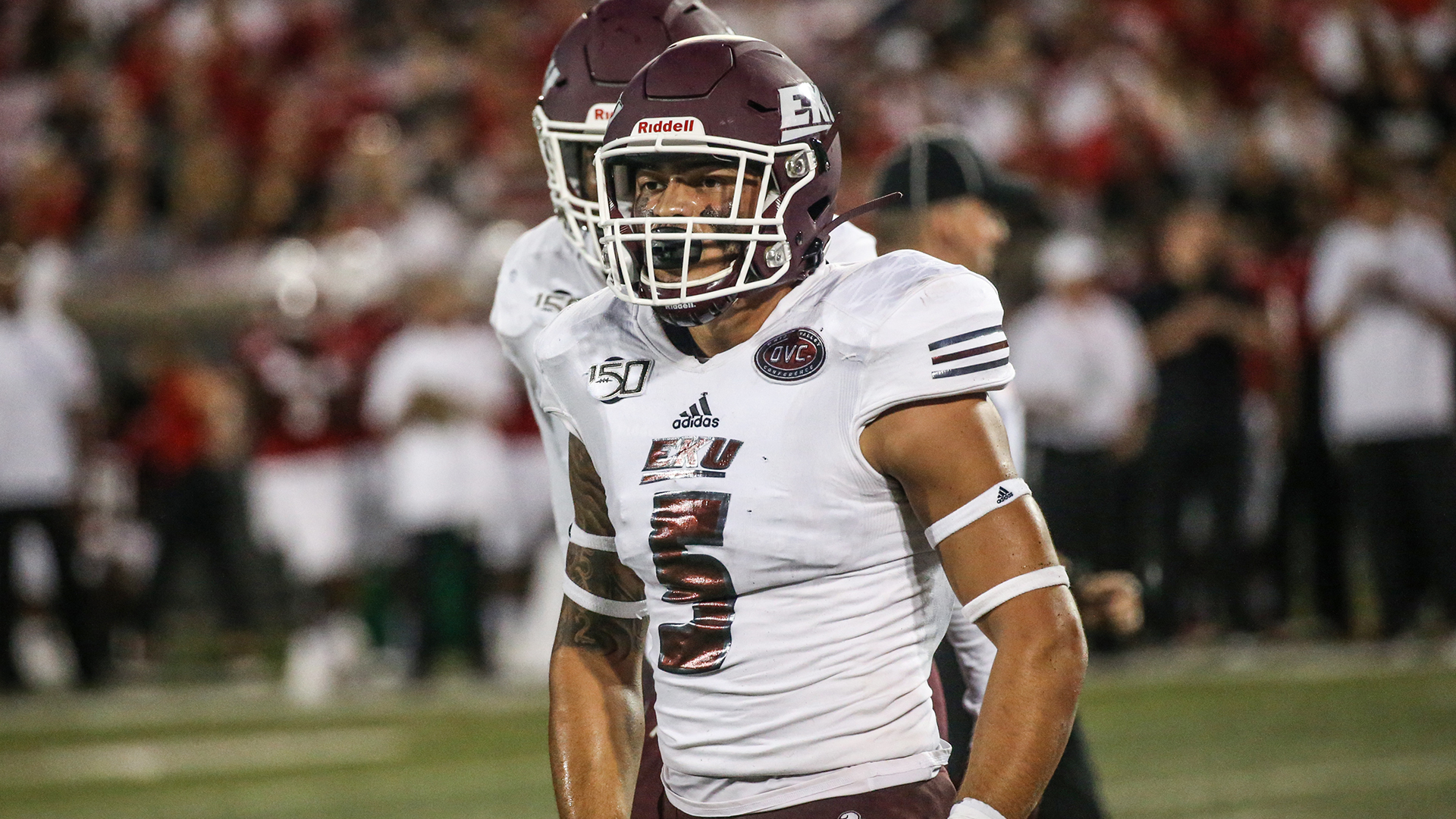 When TJ Comstock stepped on the field at Cardinal Stadium on September 7, 2019 … he stepped into his personal Homecoming game.

It had been 1,393 days since the senior safety had played football in his hometown of Louisville – back when he was the starting quarterback for the duPont Manual Rams.

But he was finally home, where it all started. And he was ready to put on a show.

With his family and friends among the 48,000 people watching from the stands, Comstock strode to the middle of the field for the coin toss.

He had been voted a team captain.

“It was something I’ll never forget,” he said.

However, in the second quarter, Comstock broke off a block and dove for a tackle. His knee hit the ground and bent in an awkward position.

He played through the pain – “probably off adrenaline” – and finished the game, but by the next morning, Comstock could not fully extend his knee.

His season was over … and a long recovery loomed.

Luckily, Comstock is a player built to deal with such adversity. He has been beating the odds his entire career.

Comstock grew up near downtown Louisville.

His high school, duPont Manual, is the University of Louisville’s next-door neighbor. It sits about a mile from Cardinal Stadium.

Before he was a hard-hitting safety who prevented touchdowns, Comstock threw touchdowns.

He was Manual’s starting quarterback during the 2014 and 2015 seasons.

It was not Comstock’s natural position, “but that’s what the team needed me to do.”

Former EKU linebacker Brentton Ervin played against Comstock in high school (he intercepted him once, and he has the video to prove it).

“Manual wanted to get the ball in TJ’s hands any way they could,” Ervin said. “He was just an athlete.”

Comstock worked hard at being a quarterback. And he was successful at it.

Manual’s rivalry with Louisville Male High School is one of the oldest high school football rivalries in the United States. It is so old, it is simply known as the Old Rivalry.

As a junior in 2014, Comstock lit up the Old Rivalry. He threw for a school-record 471 yards, three touchdowns and no interceptions against a powerhouse, undefeated Male squad.

Manual went 17-7 during the two years Comstock was under center.

But while his unselfish play helped the Rams win, it probably hurt Comstock’s recruiting clout.

“I was out of position my whole high school career,” Comstock said. “So I didn’t get as much exposure as I could’ve playing my current position.”

He considered going the junior college route, but eventually settled on a preferred-walk on spot at Eastern Kentucky University.

“I felt I could make a name for myself at EKU,” Comstock said. “And I felt I could get on the field quickly, if I put in the work.”

“We have a certain hunger about us,” Brentton Ervin said of Louisville-area football players.

As an overlooked walk-on, he had a chip on his shoulder the day he stepped foot on EKU’s campus. And he immediately got to work.

But the transition to college football is not easy, especially when you are learning a new position on the opposite side of the ball.

Comstock studied the team’s older defensive backs. He watched how they practiced and how they carried themselves.

“I had a great mentor my freshman year, Kobie Grace,” Comstock said. “He took me under his wing and I learned a lot day-by-day just watching him practice.”

And the coaching staff took notice.

The summer after his freshman year, Comstock stayed in Richmond because he wanted to continue working out with the team. He did not have his own apartment, so he slept on a teammate’s couch all summer.

As a sophomore, Comstock blossomed. He started four of the team’s final five games, recording the game-sealing interception in the season-finale win over Saint Francis.

Soon after, he was put on scholarship.

Comstock started all 11 games as a junior in 2018. His interception sealed a huge road win at Austin Peay on November 2. Two weeks later, he returned another interception 27 yards for a touchdown at Tennessee Tech.

More importantly, Comstock developed into a respected leader in the locker room.

“TJ is a hard-nosed, physical football player,” Ervin said. “But he’s also passionate about the game and invested in the game. As a teammate … you know TJ cares.”

When Comstock suffered his season-ending injury at Louisville last fall, he did not dwell in self-pity for long. The worst part?

“Being a captain … I didn’t want to let my teammates down.”

But the injury, while unfortunate, also granted Comstock a fifth year of eligibility – a final opportunity to seek an OVC championship with his brothers in 2020.

With rebab now complete, Comstock has his eyes set on a major comeback.

“I feel like I’ll come back even better next season,” he said.

Whether it is winning games as an out-of-position quarterback, working his way from walk-on to team captain, or recovering from a severe knee injury … Comstock has always overcome the odds.