Fully Recovered, Dontaie Allen was at Full Speed Down Stretch 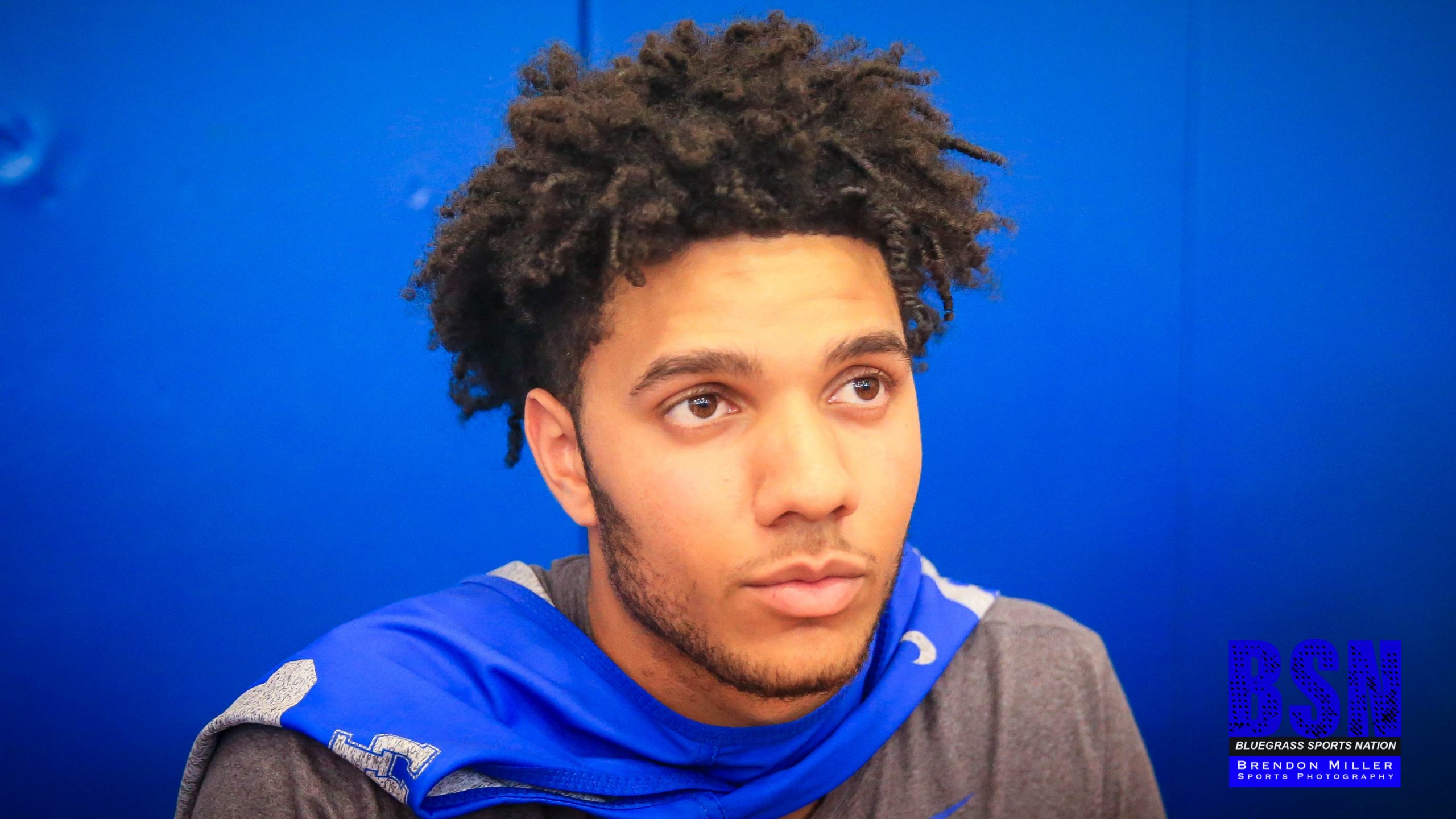 Dontaie Allen’s collegiate career got off to a slow start and the reigning Kentucky Mr. Basketball spent most of his freshman campaign healing and preparing for the future.

The former Pendleton County High School standout hasn’t played in a game in nearly two years. Allen tore his ACL 13 games into his senior season at Pendleton County and spent most of last year rehabilitating his injured knee.

He averaged 42.9 points per game during the first 11 games during his senior year. Despite a shortened senior campaign, Allen finished his prep career with 3.225 points, ranking him No. 11 in state history.

Allen began working out for the Wildcats in December, a year after his surgery, and worked his way into playing- mode by the completion of the regular season.

“By the end of the year, he was in the best spirit to play and to want to play,” Kentucky coach John Calipari said. “But I kept telling him, ‘I’m not going to use a year of your eligibility for 30 seconds or for two games. I won’t do that.’ Unless you’re telling me, ‘I just want to play. Forget about that, Coach.’ Which, he wasn’t going to do.”

Calipari said Allen began making strides in February and could have made a contribution if needed, especially down the stretch.

“(He) started playing at a level – intensity, conditioning – that he could have played in games,” Calipari said. “But it was only the last month of the season. He was still learning plays, spacing, press attacks, zone stuff. He was still learning all of that. But he would have been able to get in games. I’m not saying play 10 straight minutes. But he could have gone in the game and held his own. So, I’m excited for him coming back and I think he’s excited.”

With Kentucky’s roster expected to take a hit with several players, including Nick Richards, Immanuel Quickley, Ashton Hagans, EJ Montgomery, and Tyrese Maxey, expected to declare and remain in the NBA Draft, Allen will be counted on to provide leadership on and off the court.

“I’m just looking forward to the next chapter,” Allen said earlier this year.

Once those pages start unfolding, Allen intends to make the most of his opportunity.

“I want to do all I can to help us win games — make shots, defend and things like that,” he said.

While recovering, Allen has depended on his faith to carry him through the transition and credits his belief in God as one of the main reasons he has remained positive, especially during the recovering process.