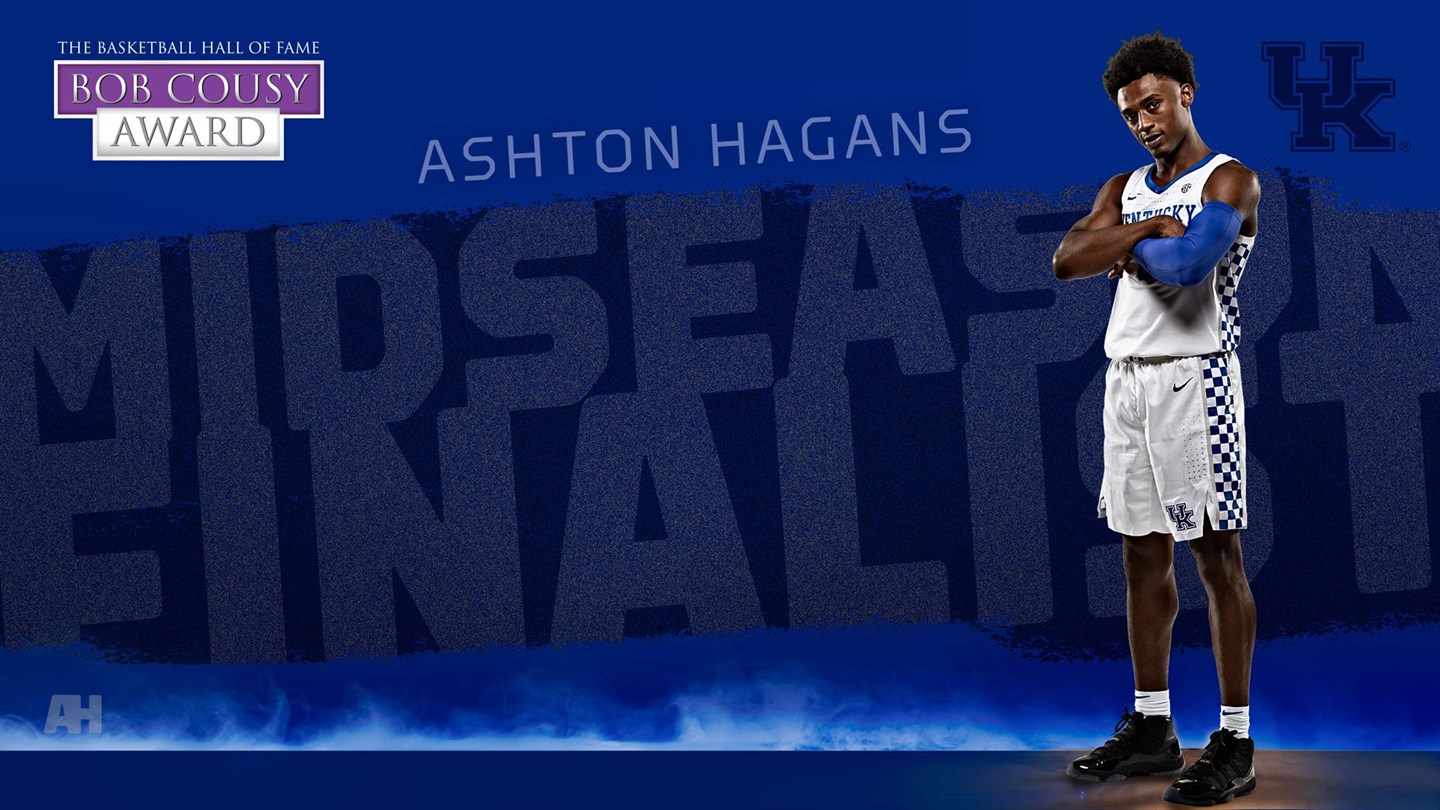 Named after Naismith Memorial Basketball Hall of Famer Bob Cousy, this year’s award will be presented at the ESPN College Basketball Awards Show in Los Angeles on April 10. The Wildcats’ Tyler Ulis won the award in 2016 after setting the UK single-season assist record with 246 dimes during his sophomore campaign. He is the only Wildcat to win the award.

Hagans has been the consummate point guard in his sophomore season, doing a little bit of everything to affect the game. The second-year guard is averaging 12.8 points, 7.0 assists, 4.0 rebounds and 2.1 steals per game while grabbing the leadership reins of a talented but once again young team. He is the only player in the nation averaging at least 12.0 points, 7.0 assists, 4.0 rebounds and 2.0 steals.

The Cartersville, Georgia, native has boasted double-figure scoring in 15 of 21 games, including a career-high 26-point performance in the win over Utah Valley. He’s dished out three or more assists in every game and has five or more in 18 of the 21, including a career-high-tying 12 vs. UAB. His streak of 10 games with six or more assists was snapped with five dimes at Georgia. It was the best run by a Wildcat under John Calipari and the best run since Roger Harden dished six or more in 12 straight from Jan. 11 to Feb. 15, 1986.

For the season, Hagans is averaging 7.0 assists per game, ranked eighth in the country, tops in the Southeastern Conference (through games on Feb. 1) and even with Ulis’ 2015-16 school-record pace. He’s second in the league with a 2.0 assist-to-turnover ratio.

“We could say there are better point guards in the country, but you got to tell me who you’re talking about,” Calipari said earlier this season.

The reigning SEC Co-Defensive Player of the Year remains UK’s best on-ball defender with a team-high 44 steals, and even those numbers don’t really do him justice. His ability to disrupt opposing teams’ offense was on full display in road wins at Georgia and at then-No. 18/18 Texas Tech.

Hagans posted three steals vs. the Red Raiders, but it was the plays that didn’t show up as steals that helped preserve the win. Down the stretch, he forced three key turnovers, including knocking the ball off a defender’s foot on the sideline, running the length of the floor to tip away what would have been a transition alley-oop dunk, and swatting away the potential game-tying shot in the closing seconds of overtime.

It is plays like those that have put Hagans on the midseason watch list for the Naismith National Defensive Player of the Year award for the second season in a row and a big reason why the Wildcats are plus-199 this season with him on the floor, a team high.