Hagans Declares for Draft, Gives up Last 2 years of Eligibility 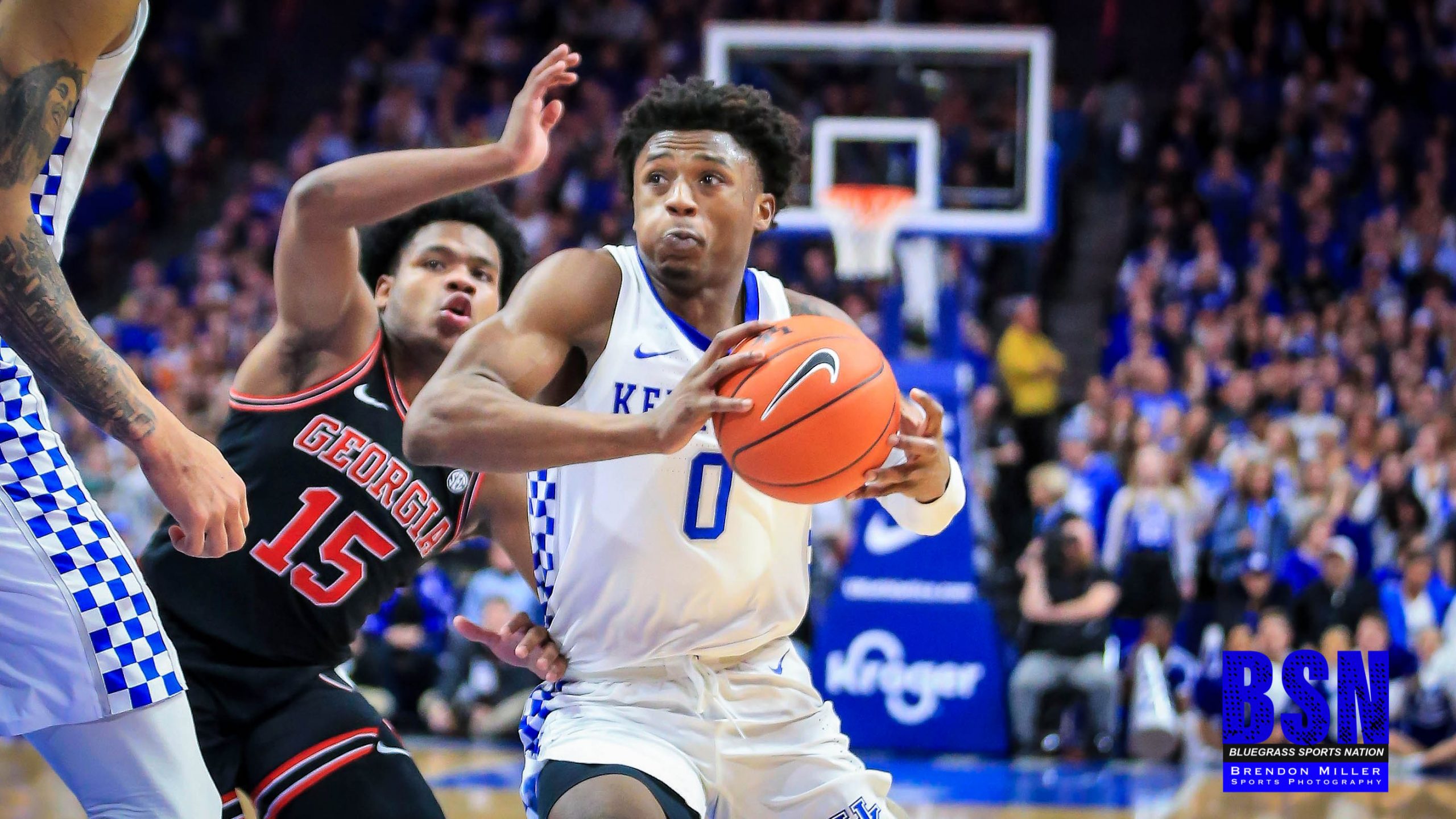 The expected exodus of Kentucky basketball players to the NBA Draft has officially started.

Sophomore guard Ashton Hagans declared for the NBA Draft on Sunday and has opted to remain in the draft, giving up his last two years of eligibility. It wasn’t clear if he had signed with an agrent.

Hagans is the first of probably four or five players from the 2019-20 team to declare for the NBA Draft. He’s currently projected to be selected in the middle of the second round of mock drafts.

Junior forward Nick Richards and sophomore guard Immanuel Quickley are also projected as a second-round picks, while freshman guard Tyrese Maxey is predicted to go in the first round. Sophomore EJ Montgomery is also weighing the possibility of entering the draft.

“When I chose to come back for my sophomore year, I had some goals in mind,” Hagans said. “First was to win a national championship. You know, it’s killing me that we didn’t get the chance to compete for one this season, but I understand why we couldn’t. But, just know, we would have been right there.

Hagans, who made the SEC All-Defense team, also said winning the league championship was another goal which the Cats achieved this season before the coronavirus stopped the season.

“My coaches and my teammates really helped me improve and now I know I’m ready to take the next step,” he said.

Kentucky coach John Calipari said Hagans is prepared for the next level.

“Ashton is ready for this,” he said. “From where he was when he got here two seasons ago, to where he is now, isn’t even close. He’s a completely different player and he’s built his skills and his confidence to take that next step.”

During his two-year collegiate career, Hagans gained a reputation as one of the top defenders in the nation and averaged 11.5 points, 6.5 assists and 3.9 rebounds per season this past season.  He played in 67 games at Kentucky and started 59 contests and had a school-record eight steals against North Carolina in December of 2018.

Hagans collected 119 steals in 67 games and averaged nearly two steals per game. He was SEC Co-Defensive Player of the Year in 2019 and collected 58 steals this past season.

“We know what Ashton can do to change the game defensively and how much better he got offensively, but what’s going to separate him is his competitiveness,” Calipari said. “That kid is a winner. His competitive spirit drives him and is why I love him. If I’m going to battle, I’m taking Ashton. I wish we could have had the opportunity to chase his goals of a championship this season, but I’m so proud of who Ashton has become. I’m happy for him and his family and will be behind them the entire way.”

Hagans said he enjoyed his two seasons with the Wildcats.

“I just wanted to let you all know that even though I love Kentucky with all of my heart and really wish I could have played for a ‘ship, it’s time for me to live out my life-long dream and declare for the NBA Draft,” he said. “It’s been my No. 1 goal since I first picked up a ball to take this step and I know my time is now. It’s so hard for me to say goodbye to the best fans in the world, because these last two years have been some of the best of my life.”

“You helped me grow into a man and I know you’ll be there supporting me forever,” he said. “To all my brothers, you all know how much love I have for you. Wish we could run it back one more time.

“Lastly, I need to thank my family. You’ve been there with me since day one. We’ve been through a lot and I hope I’ve made you proud.”