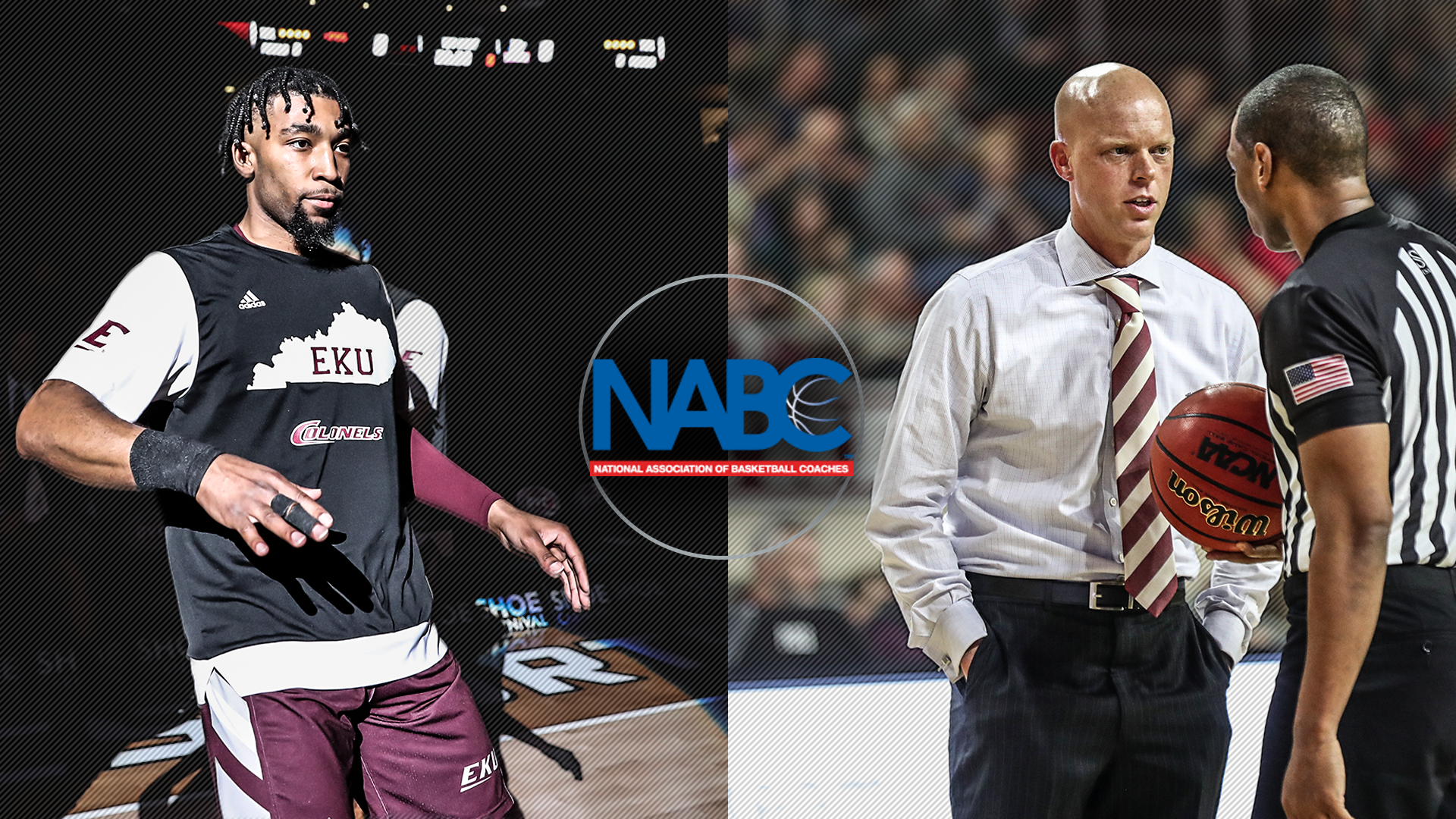 Eastern Kentucky University men’s basketball head coach A.W. Hamilton has been voted the 2019-20 District 18 Coach of the Year by the National Association of Basketball Coaches (NABC).

In his second season in Richmond, Hamilton led Eastern to an impressive turnaround. After going 6-12 in the OVC in 2018-19, the Colonels went 12-6 this year, earning a No. 4 seed and reaching the semifinals of the OVC Tournament.

Following a tough non-conference slate, Hamilton rallied EKU to a 9-2 conference start. It was the Colonels’ best OVC start in 41 years.

Hamilton has installed a fast-paced offense and pressure defense that saw the Colonels rank fifth nationally in forced turnovers (18.27/game), seventh in steals (9.3/game) and 10th in turnover margin (+4.3) this season.

Brown was voted first team All-OVC after ranking fourth in the OVC in scoring at 18.4 points-per-game. He also ranked third in the league in steals-per-game (1.9) and 12th in free throw percentage (75.1%).