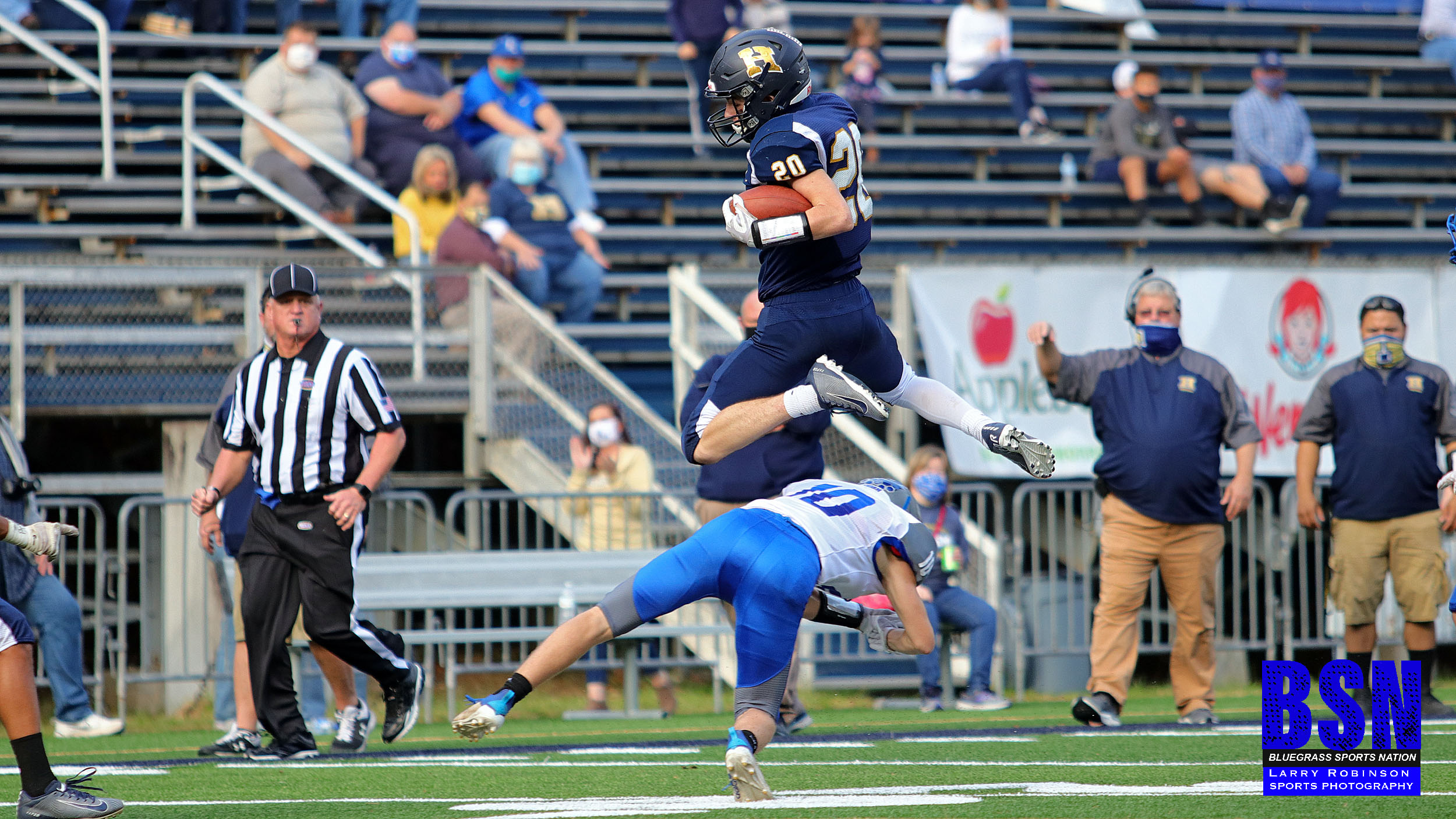 The Phelps Hornets traveled to Hazard on Saturday to face off against the Hazard Bulldogs in round one of the 2020 KHSAA Class A State Playoffs. Phelps entered the game with a record of (1-6), while Hazard began the playoffs at (2-5). Hazard visited Phelps during the regular season, a game in which the Bulldogs picked up their first win of the 2020 campaign by a final score of 21-6.

Phelps received the initial kickoff of the matchup, but the Hornets were forced to punt after three short downs. Hazard received the punt and promptly tossed a screen pass to sophomore receiver Max Johnson for a gain of 25 yards. The Bulldogs extended their inaugural drive when senior quarterback Garrett Miller was able to scramble for 17 yards on fourth down. However, the Bulldog offense was kept out of the end zone, and Jonah Helm netted his first field goal of the game to give Hazard the 3-0 advantage early.

Phelps began a new drive but it was abruptly ended by another three and out possession. The Hornets punted again, and Hazard took over from their own 41 yard line. The Bulldogs were able to find the end zone on their second drive when Garrett Miller found senior wide receiver Jondan Olinger to make a spectacular catch for a 41 yard touchdown. Jonah Helm converted the PAT, and the Bulldogs kicked off to Phelps with the score 10-0 in their favor.

The Hazard defense continued to attack early, forcing Phelps into an immediate fourth down situation. In an attempt to find some offensive life, the Hornets attempted a fake punt, but Hazard swallowed up the ball carrier and took over possession on the Phelps 14 yard line. Garrett Miller scored instantly on the quarterback keeper, but the two point conversion was unsuccessful. Hazard closed out the first quarter in the driver’s seat leading 16-0.

The second quarter saw the Phelps offense gain life. The Hornets put together a long drive, but a huge gaining rush by senior quarterback Dominick Francis was brought back due to a penalty. The Hornets were unable to score, and they were forced to punt away to Hazard once again. Hazard opened their drive with two shotgun pitches to Max Johnson that added up to 39 yards of offense. The Bulldogs ran out of steam later in the drive and failed to convert on fourth and five in the red zone. Hazard and Phelps traded unsuccessful drives throughout the second quarter, and the Bulldogs went into halftime still leading 16-0.

Hazard had the first offensive drive of the second half, and they were determined to attack. A collection of rushes from Max Johnson and Garrett Miller set the Bulldogs up with good field position, but it was a 17 yard quarterback draw from Miller on fourth and two that found the end zone. Jonah Helm drove home another PAT, and the Bulldogs now held a commanding 23-0  lead over Phelps. After this strike from Hazard, the Phelps offense found a successful rhythm led by Dominick Francis. The Hornets found the end zone by way of a halfback pass to senior Seth Mayhorn. Phelps converted the two point conversion with a crafty fake kick, and updated the score to 23-8.

Hazard took possession and immediately answered with a 31 yard touchdown pass from Garrett Miller to junior wide receiver Tyson Turner. Jonah Helm stayed perfect, and the score became 30-8 in the Bulldogs’ favor going into the fourth quarter. Phelps put together another nice drive to begin the quarter, once again led by Dominick Francis. The Hornets converted a big fourth down halfback pass. Dominick Francis found the end zone soon after. The PAT was good and the new score read 30-14. Hazard responded quickly again with a 37 yard rush by Max Johnson. Ryan Dean then punched in the touchdown for the Bulldogs and Jonah Helm netted another PAT. Hazard kept control at 37-14.

Both teams traded benign drives for the rest of the competition. Hazard secured the win in the victory formation. Phelps, led by Coach Andrew West, finishes the 2020 season with a record of (1-7). Hazard, led by Coach Dan Howard, improves to (3-5) and will travel to Pikeville next Friday for the next round of the playoffs.