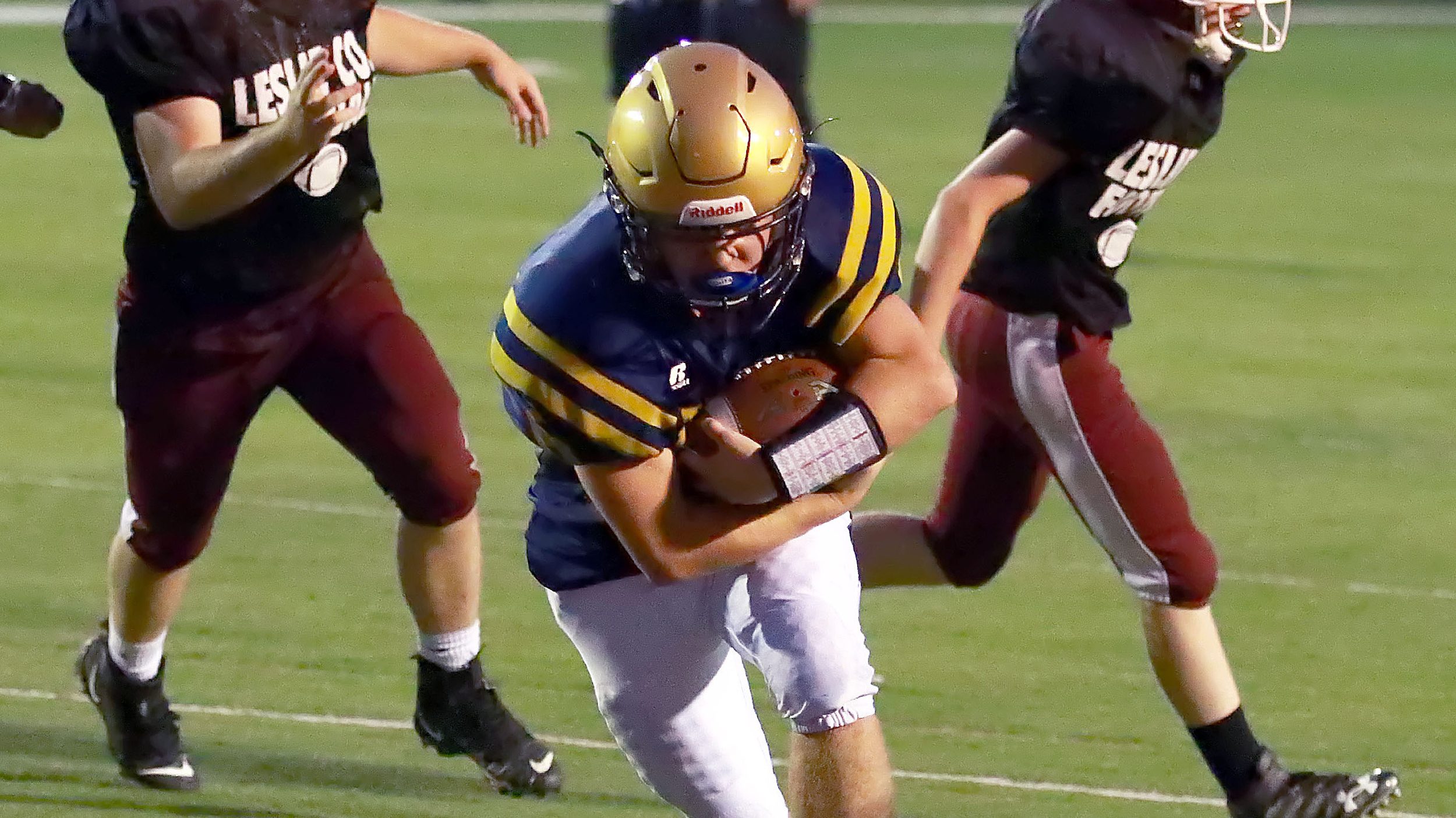 For the second week in a row, and the second week of a three game road stretch, the Hazard Bulldogs will travel east on Highway 80 looking to bring a win home. For the first time ever the Bulldogs will face off against the Floyd Central Jaguars. The Jaguars come into the game with a 1-2 record, having picked up their first win last week against Knott Central 43-7. They had fallen the previous weeks to Clay County 44-20 and to North Laurel 28-6. Hazard is entering the game with a 1-2 record, losing a heart breaker in their home opener to Harlan County 22-20, and then bouncing back and taking care of the Prestonsburg Blackcats last week in a running clock affair that saw the Bulldogs offense explode for 44 points in the first half.

The Jaguars will feature a run first offense that the Bulldogs are all too familiar with this season. They will get in double tight end sets with a full house backfield, overload one side of the ball, and use pre-snap motions to get defenses out numbered. The Jags have only attempted 14 passes on the year, completing 6, so they are going to run the ball about 9 out of every 10 plays. They were without their starting QB, Caleb Hagar, against North Laurel and would have possibly thrown more in that game as they saw some success with some bootleg passes, going 2-2 on the night. Dalton Boyd is their leading rusher with 218 yards on 48 attempts followed by Caleb Hagar with 164 yards in 16 attempts and Brant Potter who has picked up 131 yards on only 7 carries. Brady Jones has one reception on the year and leads the team in yards with 25.

With their run first offense, this Floyd Central team should play into the strength of this Hazard Defense. The Bulldogs have been tough this season when teams have tried to run between tackles. With team leaders Reece Fletcher, who is the 1A stat leader in tackles with 28 and Mason Collins (20 tackles) plugging holes from their linebacker position and a rotations of Nate Smith, Tim Owsley, Jacob Fields, David Cornett, and Ian Brashear with their hands in the dirt at the tackle spots, and Brayden Thomas, Cameron Caudill, Thomas Massey,and Ryan Dean at the end position, the Dogs have seen several big defensive stands already this season and have smothered ball carriers, all while making the lead blocker’s job the worst on the field! The still untested secondary will have to be disciplined this week and play their reads or the Jags will burn them on a play action pass.

Hazard’s offense has put up almost 34 points per game this season and has, at times, looked unstoppable. Garrett Miller is climbing the statewide 1A stat leader board, sitting at #4 in passing yards right now, averaging 202 yards per contest and completing an amazing 75% of his passes this season going 18/24 with 404 yards and 5 TDs against 0 interceptions. Miller has been well protected behind his line of Dalton Strong, Matthew Couch, Kenton Beverly, Thomas Massey, Cameron Caudill, and Ryan Dean, who have also allowed the Bulldogs to rush for 255 yards in 2 games for an over 6 yard per carry average. Trajon Campbell (94 yards) and Elijah Gayheart (52 yards) have led the Bulldogs ground attack. This Balanced attack will need to keep improving each week for Hazard to be a factor in the playoffs. They also have an X factor that is able to give a boost with stalled drives in Jonah Helm who is leading 1A in field goals at 2, his longest being from 35 yards with leg to spare.

Kickoff is scheduled at 7:30 on the campus of Floyd Central High School. Bluegrass Sports Nation will have the recap of Friday nights game on Saturday, so visit www.bluegrasssportsnation.com for high school recaps and coverage of the UK v Florida game!