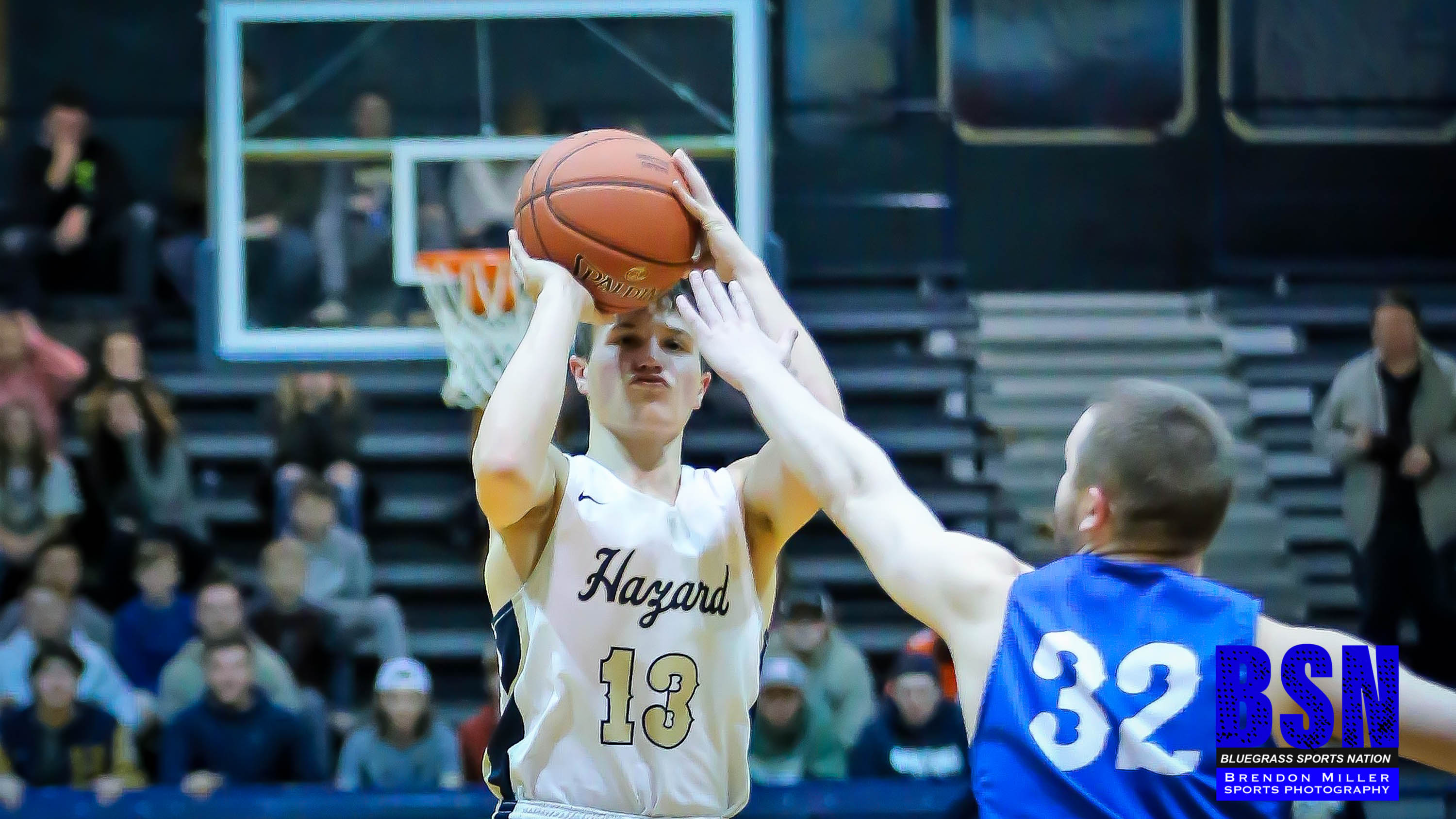 Bulldogs get season started with 80-63 win over Martin County

The Hazard Bulldogs opened the 2019-20 basketball season as the favorite to win the 14th Region.  They showed why with an 80-63 win to open the season versus the Martin County Cardinals at the newly re-vamped Memorial Gym.  Wade Pelfrey lead the Bulldog attack with 17 points and 5 assists, while scoring his 1,000th point.

Trey James, a 6-10 junior center, got the Cardinals off to a good start with a dunk to open the scoring a little over a minute into the game.  The Bulldogs quickly answered and the teams traded baskets, with Martin County holding a 6-5 lead with 4:15 to go in the first quarter.  Eighth grader, Rydge Beverly, went on a one-man run with 7 points and an assist that gave Hazard a 14-7 lead with 2:20 left in the first.  The teams traded buckets for the remainder of the quarter and the score stood Hazard 20, Martin County 13 at the end of one quarter.  Trey James scored 7 of the 13 points for the Cardinals, but had made only field goal.

The action went back and forth early on in the second period with Hazard holding a 30-21 advantage with 3 minutes to go in the half.  Martin County went the next 2 and a half minutes without a field goal, meanwhile Chris Jones keyed a Hazard offensive run with 7 points off the bench.  Jones made both ends of a one and one to give Hazard their largest lead of the half at 41-27 with only 0:49 to go in the second quarter.  A late bucket by Brady Dingess cut the Hazard lead to 43-31 at halftime.  Wade Pelfrey lead the Bulldogs with 10 points in the first half, while Brady Dingess lead the Cardinals with 14, 12 of which came in the second quarter.

Hazard opened the second half with a 12-3 run, keyed by the inside-outside combination of Logan Hall and Wade Pelfrey, to break the game open and give Hazard a 55-34 lead with 4:00 to go in the 3rd quarter.  Braxton Maynard tried to keep Martin County in the game with his 3-point shooting but Hazard held a 68-46 lead at the end of three quarter as Hall and Pelfrey combined for 16 points in the period.

Ethan Mills started the 4th quarter with 5 points to cut the Hazard lead to 68-51 with 5:59 to go.  Hazard responded with a 10-3 run capped off by 5 consecutive points by Noah Niece to take the largest lead of the night at 78-54 with 3:21 to go in the game.  Martin County scored 9 in a row behind 2 long 3-pointers by Jordan Dalton to cut the lead to 78-63, but that was as close as the would get.  Hazard added two late free throws to give them the final margin of 80-63.