Hazard-Perry Juniors Walk Off over Illinois 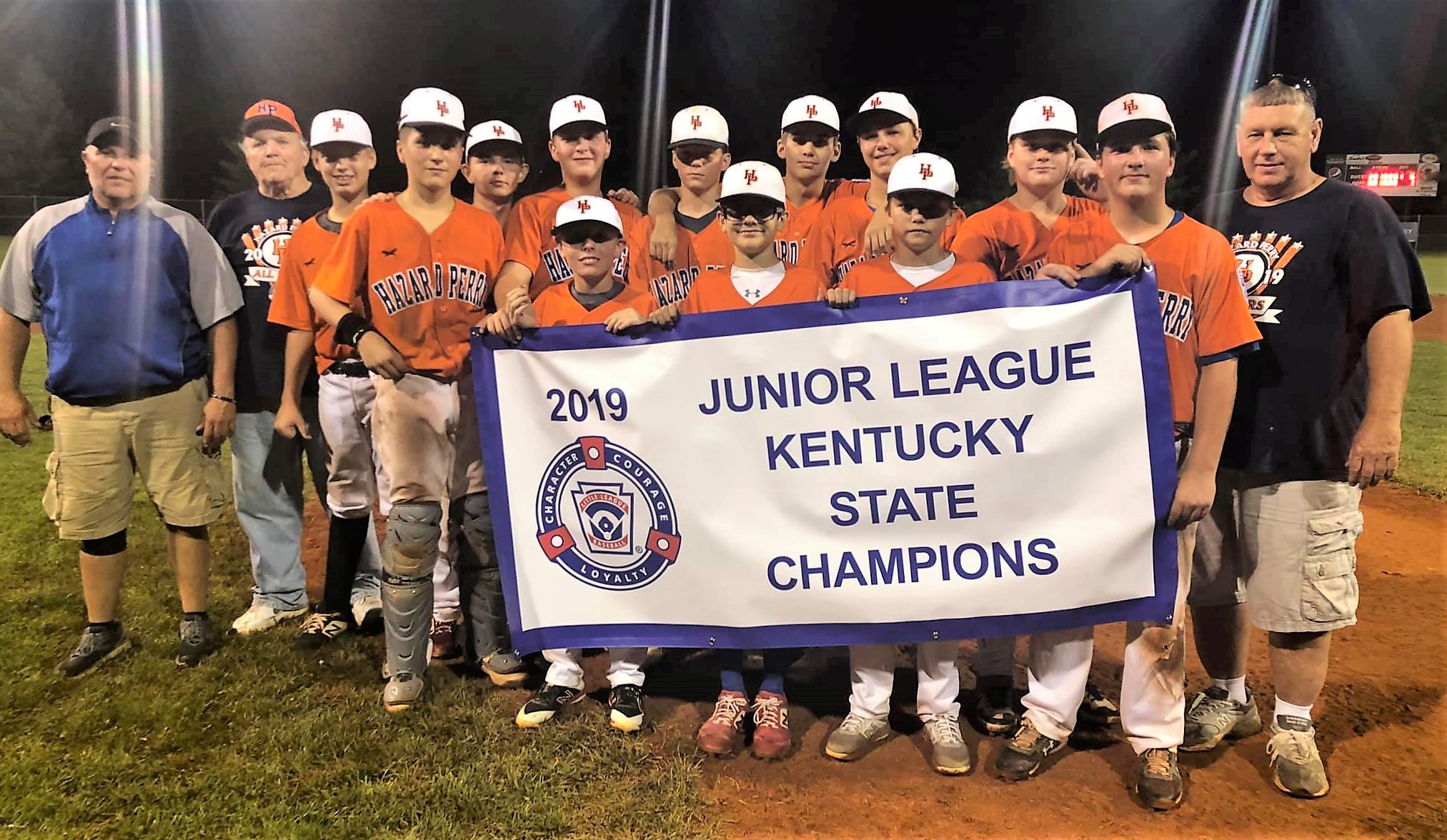 Hazard – Perry Juniors prevailed in spectacular fashion on Saturday Night in a come back walk off 8-7 win over Oglesby, Illinois, in the Great Lakes Regional. HP entered the bottom of the 7th down 6-7. Nolan Wooton scored on a single by Luke Sandlin to tie the game at sevens, and HP then loaded the bases with no outs. After a force out at home, Derrick Fields flied to center. Tanner Perkins tagged at third and beat the throw home for the win!!!

The last two innings were full of fireworks as Oglesby scored three runs in the top of the 6th, and HP answered with three runs of their own in the bottom of the 6th to set the stage for the dramatic 7th.

HP bats were hot on the night as the Kentuckians collected 10 hits. Max Pelfrey, Luke Sandlin, Skylar Chaney and Gus Mullins each had two hits on the night.

Tanner Perkins got the start for HP and went five innings allowing three nits and two runs. Gus Mullins got the win after the comeback.

The Great Lakes Regional is double elimination and HP is now 1-0, and face Michigan this afternoon at 4:00.