Hazard Powers Past Breathitt, Stays Perfect in the 606 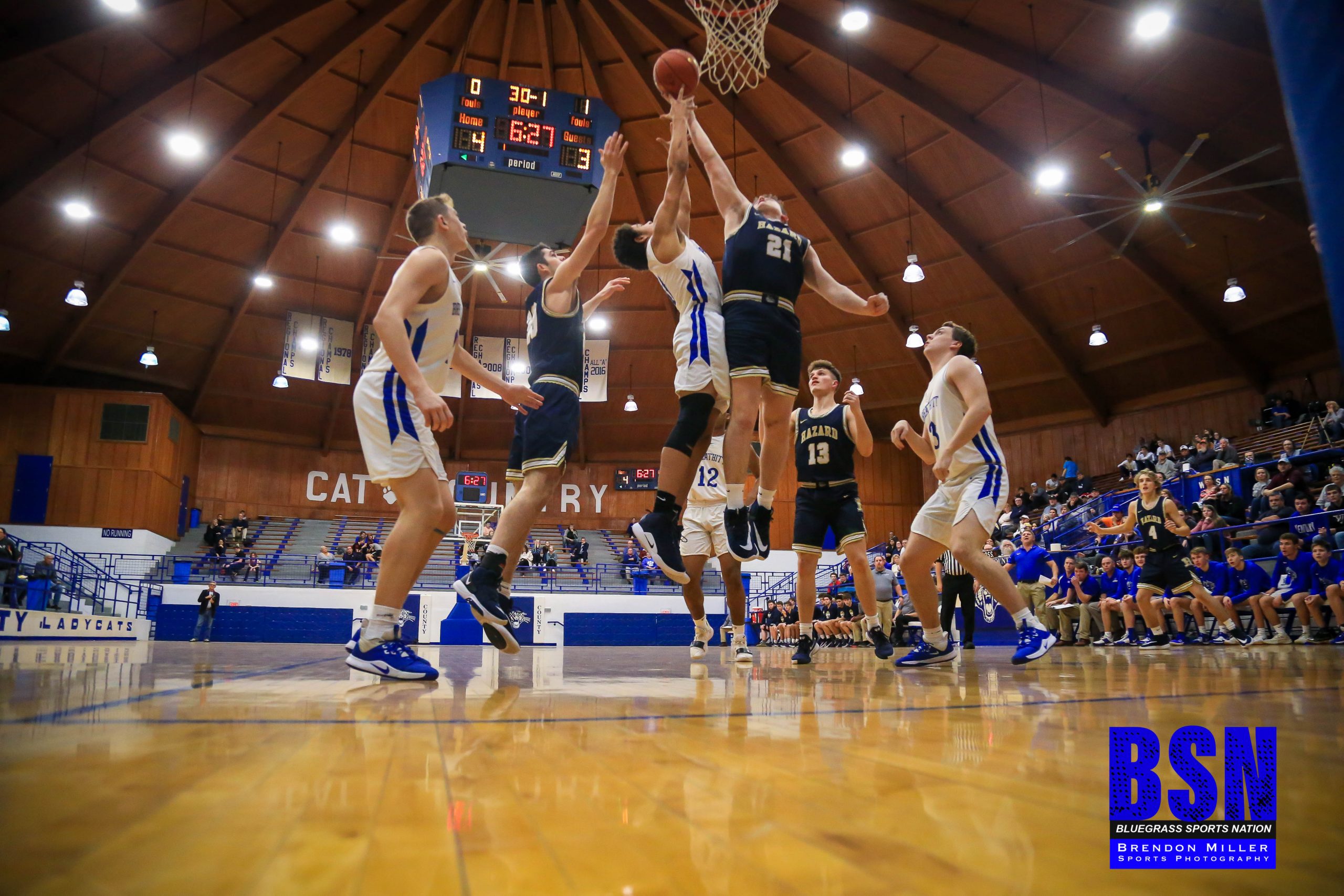 Hazard came to the Fairce O. Woods Coliseum on Tuesday Night, fresh off their run to the All A Classic Semi’s over the weekend. The Bulldogs were 16-3 on the season, with two losses to Nevada teams in Las Vegas, and their first loss in-state on Saturday to eventual All A State Champion St. Henry. Breathitt had just posted their best performance of the season in a one point loss to Wolfe on Friday Night. This one promised to be a good one.

BSN Webcast of the Game!

Hazard was led in the game by Assistant Coach Josh Hurt in the absence of 14th Region Legend Al Holland on the night.

Breathitt got off to a hot start behind Sophomore forward Jaylen Turner. Turner was literally all over the floor in the Quarter on both ends of the Court. Turner scored six in the quarter, with multiple deflections and rebounds, and a blocked shot. Hazard countered with five from Jarrett Napier. A major development was that Regional Player of the Year Candidate, Logan Hall, picked up two fouls in the quarter. End of the 1st, Breathitt led 15-11.

The Bulldogs, and notably Wade Pelfrey, took over the game in the 2nd quarter. The Junior point guard continually slashed to the basket, pulled up on dribble drives, and and knocked down two threes to post eight in the quarter. Reece Fletcher had two baskets and the Bulldogs got valuable minutes from Andrew “Smiley” Ford in the stead of Hall. Hazard outscored Breathitt 23-12 in the quarter to lead by seven, 34-27 at the half.

The teams traded blows in the 3rd Quarter. Senior Bulldog Jacob Johnson got hot and knocked down three 3’s in the Quarter to pace Hazard. Jack Fugate had five for Breathitt. Head to the 4th, Hazard led by 10, 51-41.

The Bulldog lead reached 15, before the Bobcats staged a comeback late in the game, making the game look closer than it was. Braxton O’Hara drove for nine in the Quarter, but Pelfrey shut the door at the line going 5 of 8 down the stretch for nine in the quarter giving him game-high honors at 23.

Hazard improved to 17-3 and remains undefeated against teams in the 14th Region and the 606 area code.