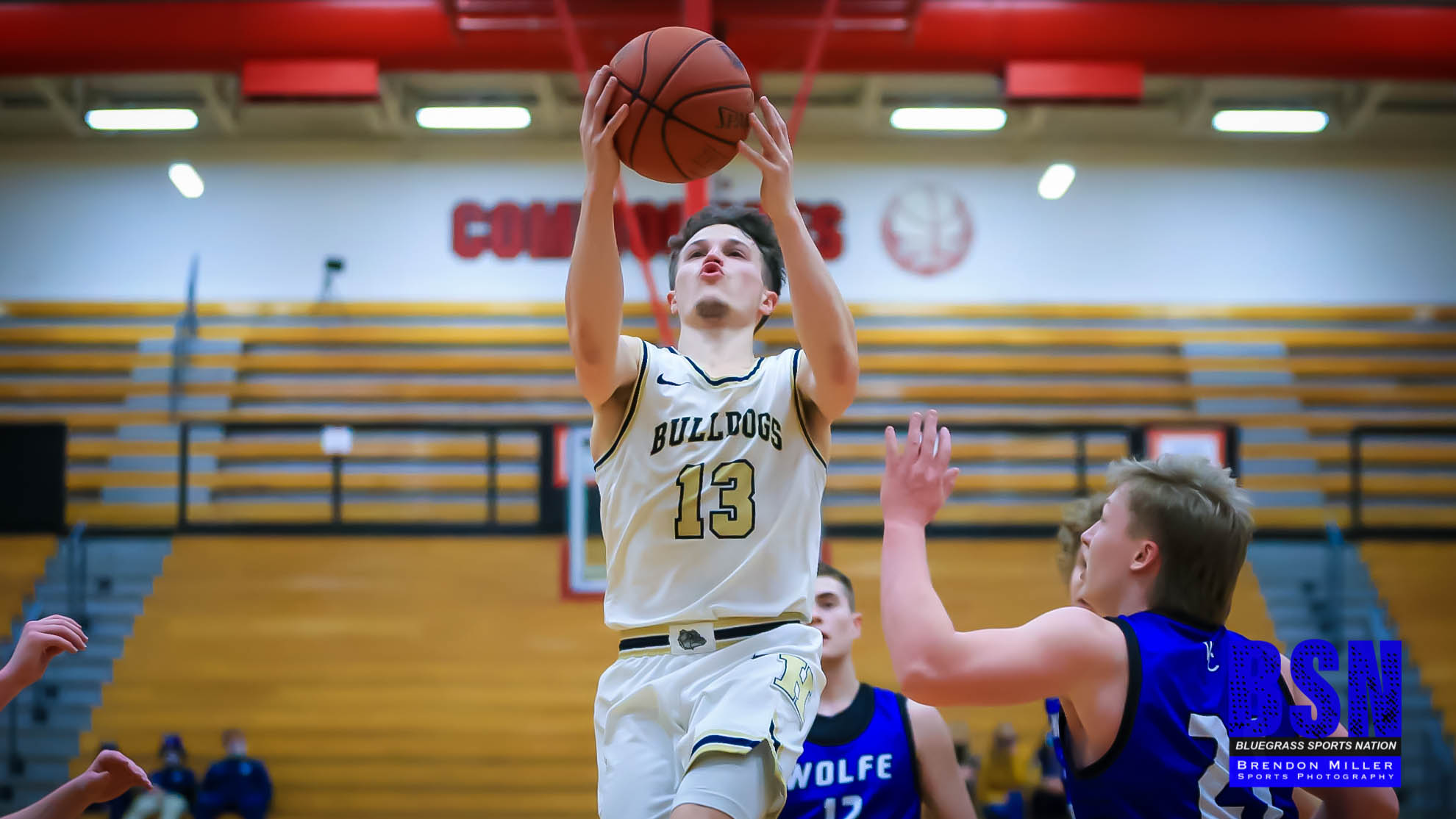 Both teams played their 2nd game of the day, Wolfe goint back to back

The Third Place game for the 34th Annual WYMT-Food City Mountain Classic took place on Saturday evening at the John C. Combs Arena. The rematch of the 2020 14th Region Championship Game, and what would normally be a marquee, highly-anticipated matchup with much attention was played with few even aware it was happening. Both teams had lost hard-fought and physical semi-finals (Hazard to Harlan County in Overtime) (Wolfe to Knox Central) just hours before. After debate by the coaches and tournament organizers, concerning whether the game would even take place, the ball was put in play at 6:30. The familiar foes played a tight affiar in which the score remained close throughout, with Hazard able to pull out the 59-52 win.

1st QUARTER
The Bulldogs went to Junior forward Andrew Ford in the 1st as he got in the lane and to the line for seven on five of six at the line. Wade Pelfrey had a 3-pointer and five. Jaz Johnson led the Wolves with six while Sawyer Thompson had five and Cody Peyton three. End of 1Q: Hazard 15 – Wolfe 14.

2nd QUARTER
Pelfrey led the scoring with seven, while five Bulldogs: Ford, Jarrett Napier, Jamel Hazell, Tyson Turner and Sawyer Patrick each had two. Johnson paced the Wolves with six, Peyton added four and Elijah Tolson and Skylar Ritchie each had two. At the half, Hazard led 32 – 28.

3rd QUARTER
Wolfe played their best in the 3rd as Ritchie had five, Tolson and Johnson with four each. Ford continued his work on offense with six, while Pelfrey was four of four a the line. Hazard 44-41 headed to the 4th.

4th QUARTER
The Bulldogs ended the game out-scoring the Wolfes 15-11 in the 4th. Pelfrey and Ford each added four to finish with 20 and 19, Max Johnson hit a 3-pointer. Johnson tallied seven for his game-high 23.