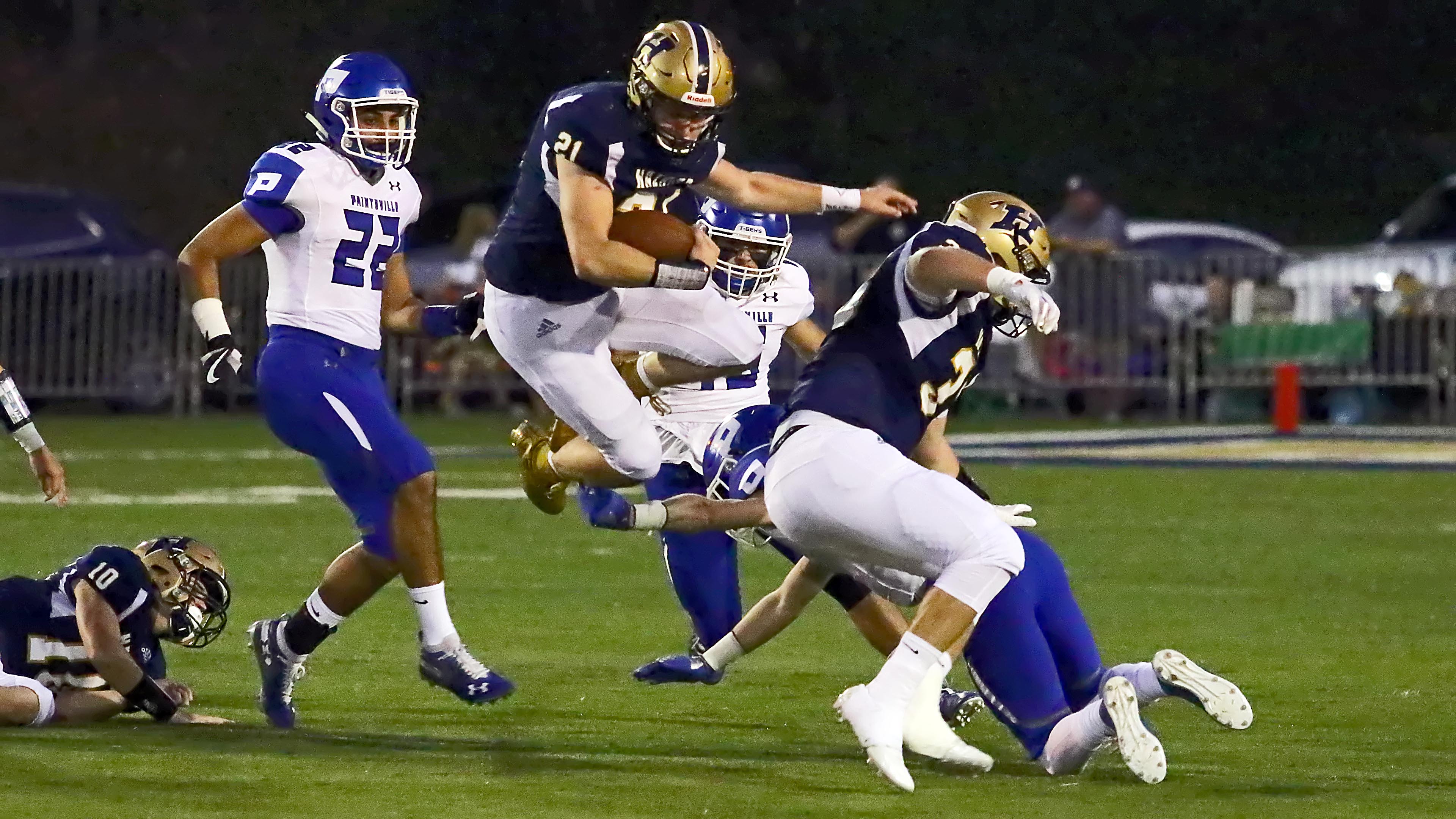 It’s hard to believe that we are in the final week of the regular season! After months of conditioning, practicing, and playing in the heat, Mother Nature has finally cooled down temperatures and playoff football is in the air. As the season began, it was unsure what this Hazard Bulldog team could accomplish. They were young, inexperienced, and most of all untested. They were up against a tough schedule and unforgiving opponents who would have loved to see the Bulldogs have their first losing season since 2005. These young Dogs stepped up and have strung together a very respectable season and are sitting at 6-3 with what were upsets of Danville and a very strong Paintsville team. Friday night the Bulldogs will have the chance to close out the regular season with a possible 7-3 record. Their opponent, the Whitley County Colonels, are also enjoying some success this season and is also sitting at 6-3 and would love to knock off the Dogs to have some momentum going into the playoffs.

The Colonels and Bulldogs have met in each of the last two seasons, with each contest being down to the wire. In 2017 the Bulldogs were able to get by the Colonels 24-20 in Whitley County and in 2018 it was one point closer with the Dogs winning 24-21 in that match. Flash forward to this year and Whitley has a new coach in Jep Irwin and have had some good wins this season. The Colonels have taken down Southwestern 14-0 and had a come from behind win against the Jaguars of North Laurel 28-22. Whitley County’s starting QB Seth Mills has racked up 1339 yards passing so far this season and is completing 60% of his pass attempts. Mills has handed the ball off to Woody Lawson at the running back position this year 127 times and Lawson has gained 793 yards on the ground. Mills spreads out his 148 yards per game passing well, with 3 different receivers being very close in average per game. Caleb Irwin has been the favorite target this season, averaging 49 yards per game and Cameron Gibbs and Colt Asher are coming in a close 2nd and 3rd in receiving yards per game. The Colonels keep the ball on the ground 60% of the time but seem to be very diverse in their passing attack. Whitley’s defense has been very good as of late. The Colonels are only giving up 14 points per game and are riding a 4 game win streak. They are led in tackles by Zack Saylor who has collected 87 so far this year. The Colonels have 12 take aways this year, recovering 7 fumbles and 5 INTs. This Whitley County team will be a very good test for the Bulldogs the week before playoffs start and are hungry to post a win after the previous two years losses.

Hazard will come into Friday night’s game averaging 136 yards per game passing. Garrett Miller is sitting at the top of the QBs in passing yards right now and has passed the thousand yard mark with 1,071 for the season. Hazard has shown some options in the QB spot as well. Last week Nick Miller came in and gave the Dogs a boost with a 7/13 night for 93 yards and Keaton Napier also took snaps and went 2/2 with 30 yards himself. Each QB can give the Dogs a little different look and teams will be forced to game plan for all of them. Trajon Campbell is still leading the Bulldogs in rushing with 592 yards, but right behind him is Reece Fletcher who is closing in on 400 yards himself. Freshman Elijah Gayheart had a good outing last week also and rushed for 63 yards and 2 touchdowns. Another Bulldog running back emerged last week, too. Defensive end Brayden “Hootie” Thomas averaged 7 yards per carry and gives Hazard yet another option in their rushing attack. Andrew Ford has been the steady in the receiving corp this season and has brought down some big catches in big situations so far. Ford is averaging 40 yards per game right now with Mason Collins right behind him with 24 yards per contest. Defensively, middle linebacker Reece Fletcher is still on top of a pile of tackles, leading the Bulldogs with 74 on the season. Hazard has been all around turnovers on the defensive side of the ball, too. The Bulldogs have collected a total of 17 turnovers including 10 fumbles and 7 interceptions.

Whitley County will be no easy task for the Bulldogs. They are as solid as anyone Hazard has face this season and it should be a four quarter battle. These Bulldogs need to come together right now in order to make a deep playoff run. Having a good regular season record looks good in the stats, but teams will be remembered mostly for what they can accomplish in the post season. Friday will have the football season feel, as the temperatures will be in the 30’s and 40’s at the start of the game. Kickoff will be scheduled for 7:30 on the Campus of Whitley County High School.

Check back in with bluegrasssportsnation.com on Saturday for a recap of the Dogs and Colonels. BSN would like to thank our sponsors Dr. Jim Caudill Dentistry, Hazard Village Flea Market, and People’s Bank and Trust of Hazard.