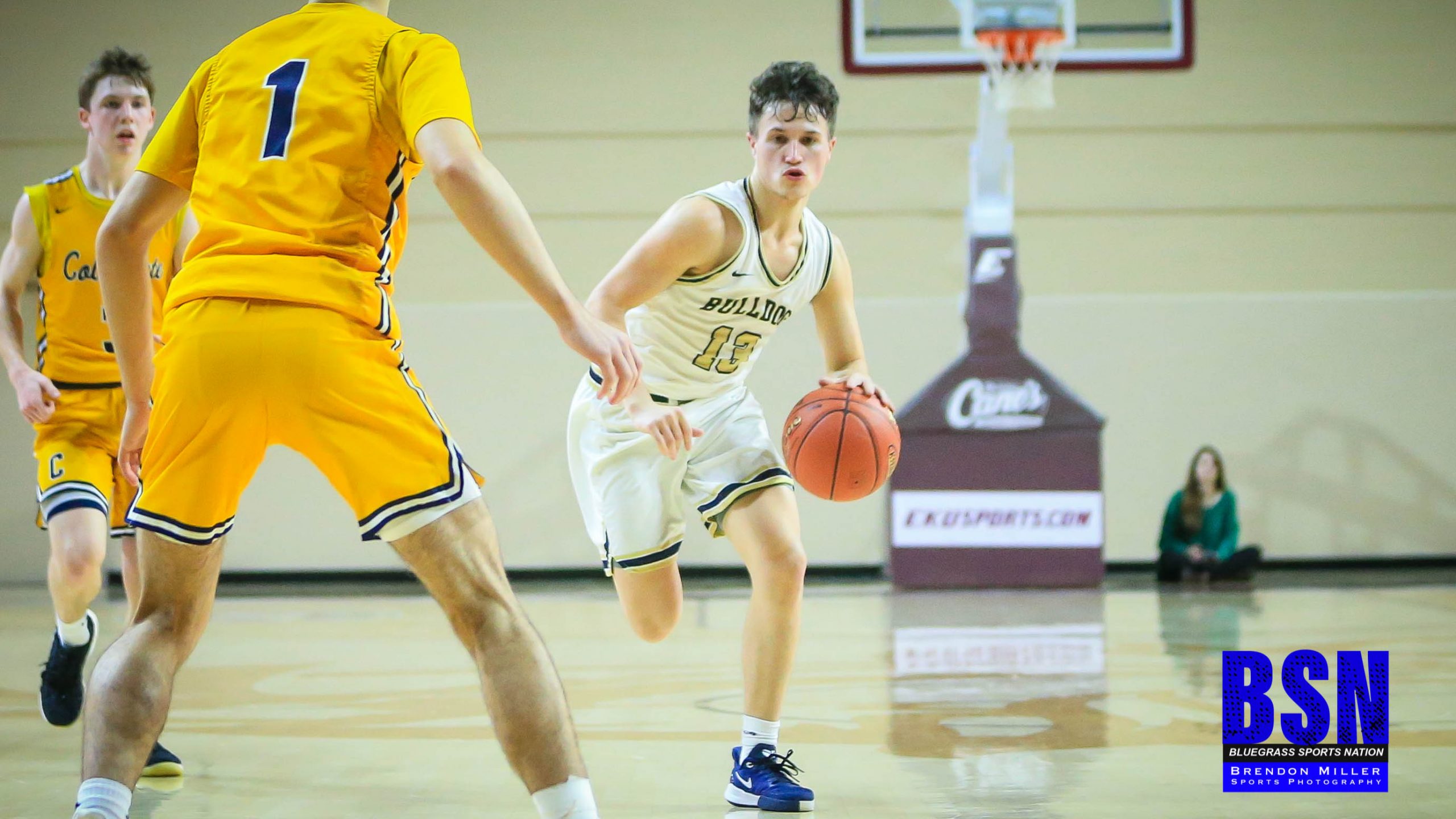 Jarrett Napier hit a 3-pointer at the buzzer to give the Bulldogs the victory!!! To watch Napier’s clutch 3-pointer, click here.

On Thursday afternoon, the Hazard Bulldogs traveled to McBrayer Arena at Eastern Kentucky University to battle the Louisville Collegiate Titans.

First Half:
The first quarter went back and forth, but Hazard closed the quarter on a 6-0 run and held a 12-8 lead at the end of the opening quarter. With the score 16-13 with 6:12 to play in the first half, Hazard went on a 5-0 run to give them a 21-13 lead with 2:51 left in the quarter. However, a 3-pointer from junior guard Cole Thompson sparked a 9-2 Louisville Collegiate run which was capped off by a tip-in from senior forward Joey Leachman to end the half. At halftime, Hazard owned a 23-21 lead.

It was a close game down the home stretch of the fourth quarter. With roughly 10 seconds to play in the game, the score was tied and Hazard had possession of the ball. Logan Hall had the ball in the lane and passed it to Jarrett Napier on the left wing. Napier pump faked, dribbled past the defender and drilled a 3-pointer at the buzzer to give the Bulldogs the victory, 42-39.

Interesting Facts:
Hazard is now 16-11 all-time in the All “A” tournament at the state level.

The Bulldogs were led in scoring by Logan Hall and Wade Pelfrey who each scored 16 points.

Hazard went 3-of-3 from 3-point range in the fourth quarter.

The Bulldogs were 8-of-10 from the free-throw line. In big-time games, you have got to make your free throws and the Bulldogs did that tonight.

Reece Fletcher led the Bulldogs in rebounds with eight.

What’s Next?
Hazard’s next game is tomorrow, Jan. 23 at 8:00 p.m. They will play the winner of Paintsville-Harlan.