Heralded UK Freshman Clarke Not Backing Down from Challenge 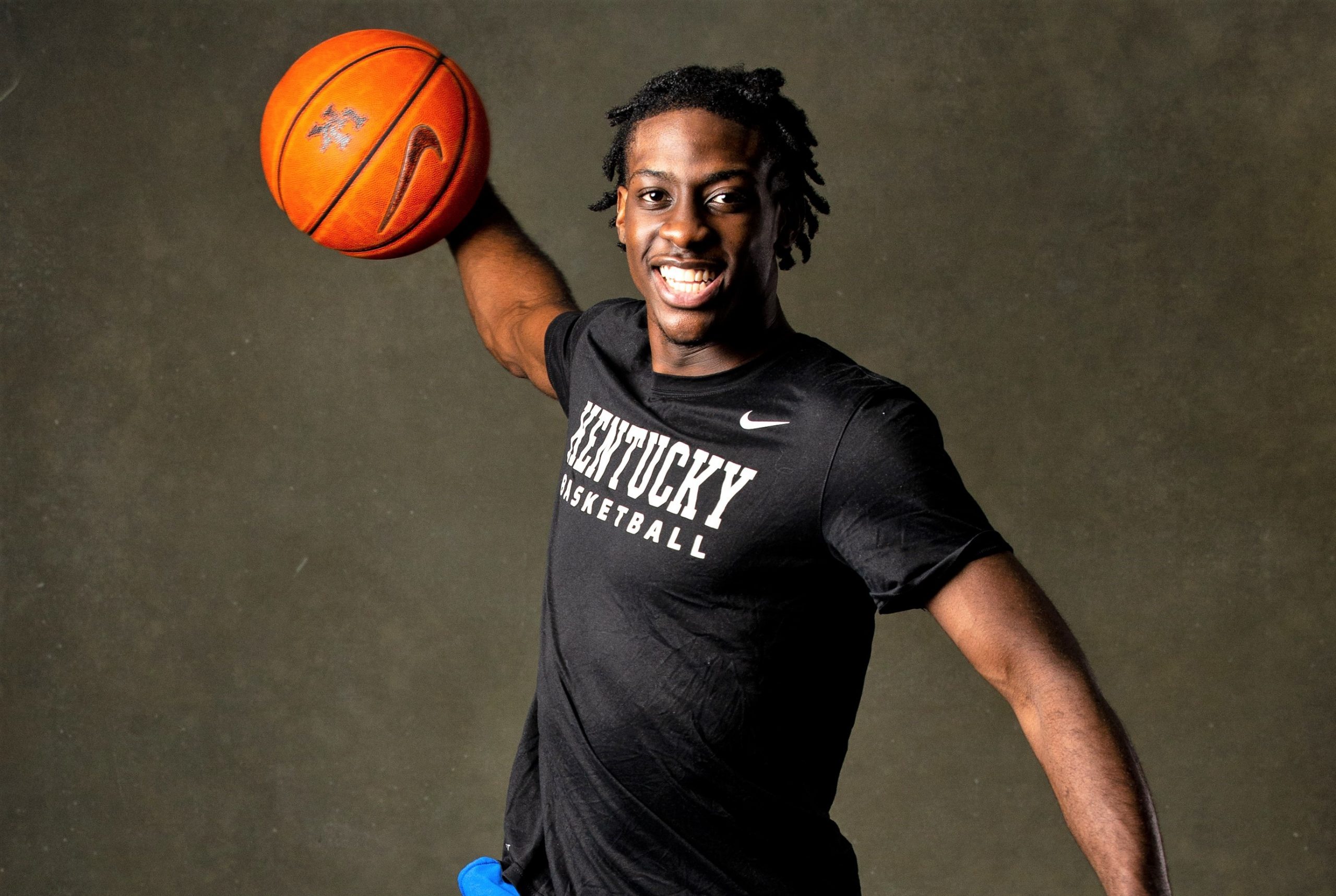 Terrence Clarke doesn’t mind a challenge and hasn’t taken a day off since he arrived on campus.

“You’ve just got to be mentally prepared every day,” he said. “There are no days off here. You are working here every day to be a professional basketball player, so Coach Cal is not going to let you take days off, take plays off or whatever the case may be. You have to work every single day that you’re here.”

Clarke, a 6-foot-8 guard and one of the top prospects in the current freshman class, has embraced the culture at Kentucky and knew playing for the Wildcats “wasn’t for everybody.”

“It’s obviously things like you’re going to have to work 10 times harder than the next person and stuff like that,” he said. “We have all types of Five Stars and great basketball players here and we have some transfers and stuff like that,” he said. “So, every day is a battle. You have other schools where five-star recruits are kind of paved the way to the starting lineup spots, but here you have to work for your spot. When he says that this school isn’t for everybody, that means you have to be ready to work every day.”

“It doesn’t really stop me,” Clarke said. “I’ve always had this confidence where I think I can be a good basketball player, a great one. For me, just hearing that, it kind of gives me even more confidence to keep working on my game and playing as hard as I can.”

Clarke’s biggest asset, Flint said earlier this week, is his versatility on the court.

“I think that’s going to be one of his biggest things,” Flint said. “I think you can almost put him on any position on the floor to play. Now, I’m not going to lie, Cal has been all over him about some of his habits, but he’s unbelievably talented. (He has) great size (and) puts it on the floor and (he) shoots it. But he’s a typical high school kid who has pretty much had his way. But you see it – (He) oozes with talent. Oozes with talent.”

Although Clarke has an abundance of talent has a hefty resume, Calipari wants to make sure the freshman guard doesn’t lose focus on achieving personal and team goals.

“Every day — day in and day out — every practice, I feel like every day coach has something to say to me,” Clarke said. “I just kind of take it in and work as hard as I can to understand what he’s saying because obviously, Coach Cal is a great coach, one of the best college basketball coaches in the world. For him being on me every day, I just take it as him wanting me to be great and as good as possible. I just work as hard as I can every day.”

Although a career at the next level is likely a given for Clarke, he came to Kentucky because of the “mental part” to help prepare him a career beyond college.

“I just want to be as mature as possible for the next level and I knew that being here is one of the things that could help me in that situation,” he said. “Coach Cal said this school isn’t for everybody. That’s really a fact. For me, I just want to work as hard as I can mentally and physically, so I can play my best this year and if next year I go to the draft or whatever the case may be, that will be it.”

Schedule update: Kentucky will host Texas in the SEC/Big 12 Challenge on Jan. 30. Kentucky has won three in a row in the challenge and is 4-3 overall since the yearly event began.