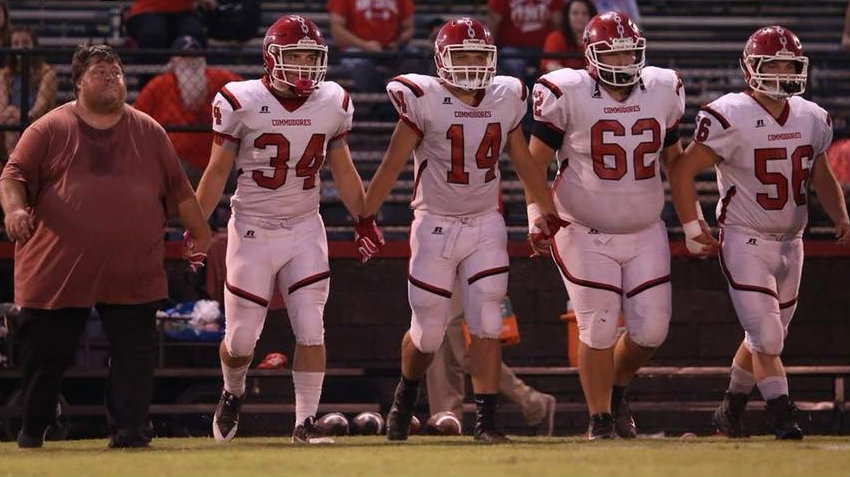 The 2018 football season is over for Perry County Central following a 21-0 loss to the Southwestern Warriors in the opening round of the state playoffs.

“We’d like to have won, but it wasn’t meant to be,” Coach Ovie Canady said following the defeat.

In the loss, the Commodores failed to score a point for the first time since 2015, but they never gave up. The progress the Commodores have made in the last several years is unmistakable. When these two teams played last year the “mercy rule” was enacted in the second quarter.

“They worked hard in the offseason to be able to compete with teams like Southwestern, and we did compete,” Canady said. “I thought we played very well defensively all year. Special teams were the best they’ve been in the four years I been here. The offense put up a ton of points and was solid all year long. Last year’s team laid the groundwork; this group continued to build and next year will only get better.”

The loss to Southwestern put an end to football at Perry Central for the season, but for a few seniors, it put an end to their high school careers.

“I couldn’t be more proud of the hard work and dedication this senior class has put in,” running back Jayden Neace said. “These past four years have been unforgettable, and I’ll always cherish the moments I had making history with these boys.”

This year’s team undoubtedly made history for the Commodores, tying the single-season record for wins at the school. The senior class started their careers going 2-8 in back-to-back seasons before tying the school’s best start in history with six straight wins. The six wins they rattled off to start the season were more wins than the school had earned in the prior three years combined.

“No one can say we didn’t make history or prove people wrong, ” Neace added. “And that’s what will stick with us: overcoming all odds. Perry Central football will always have a special place in my heart.”

Defensive standout Jake Brown had 170 total tackles going into Friday’s game. That made him the state’s leading tackler during the regular season.

“I’m really proud of the guys who stuck it out the whole season and didn’t quit,” Brown said. “(They) gave me the best year of football I’ve ever had.”

Perry Central football was in a rough spot in 2015 when a coaching change brought Ovie Canady and Tom Larkey to Perry County. The team was coming off a 1-9 season, their worst since 2006.

“I wanna thank all the coaches on a great four years. I wouldn’t trade it for the world. Coach Canady and Coach Larkey made me into the man I am and always pushed me to my best,” senior Jordan Feltner said. “If all the underclassmen listen and learn from him, I know they will keep being successful just like our senior group. They just need to stay together when times get tough and keep improving!”

Players spent four years learning plays and getting stronger, but their time on the gridiron taught them lessons they will carry on into every aspect of their life.

“Football has taught me more than just playing a game,” wide receiver and kick returner Preston Mullins said. “These coaches have instilled leadership in me since my sophomore year. They have made me a better athlete, father, and student. I am forever grateful for the moments spent on the field with my best friends, my family.”

The Commodores end the season with an 8-3 record and join the 2011 team as the only Perry Central team to win eight games in a season. Before we draw the curtains on our Commodore football coverage this season, columnist Nathan Lyttle would like to address the seniors.

Moving forward, some of you guys will put on another color jersey and play in front of a different set of fans every week. Some of you have played your last meaningful down of football. But wherever life takes you, know there will be some guys fighting in red and black on Friday nights that wouldn’t be there if not for you.