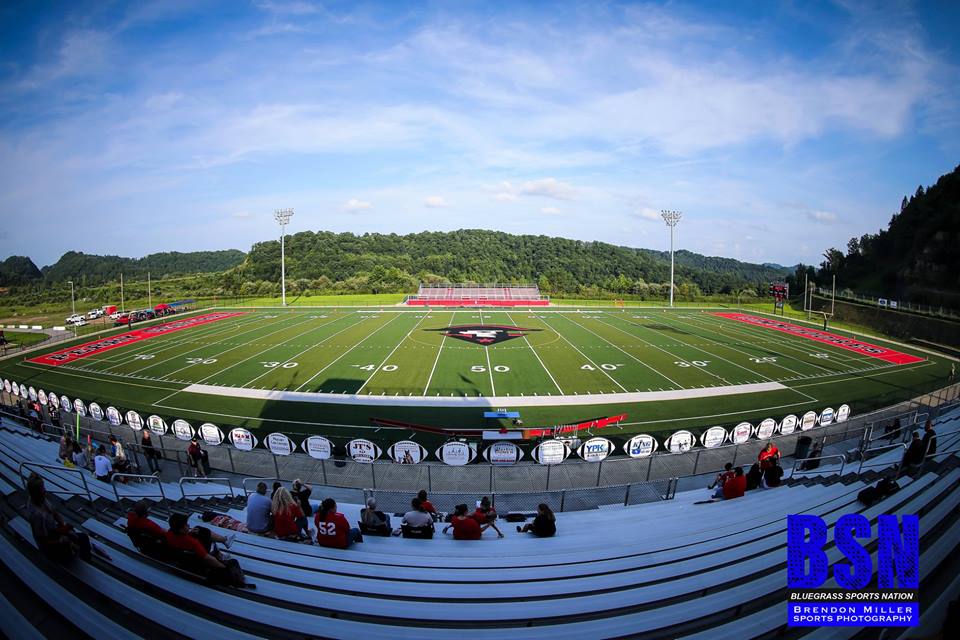 September 27, 2018 – Hazard, Kentucky
NATHAN LYTTLE – Bluegrass Sports Nation Perry Central Football Columnist
For the first time this season, the Perry Central Commodores are preparing for a game coming off a loss.
PCC lost a tough one last week against Letcher County Central. It was a game the Commodores never trailed in until the fourth quarter. Midway through the third, the Commodores were up 28-7 but ended up losing 49-35. After the loss, Commodore Coach Ovie Canady was adamant his team had to keep pushing.
“We will make a choice right here,” Canady said. “We’ll either overcome this or lay down and let it end our season.”
Perry Central will have to move forward without their starting quarterback. Cameron Brown took a shot to the head late in the fourth quarter of the game and has been ruled out. Sophomore Chanse McKenzie has logged some minutes this year at the quarterback spot but is battling a minor shoulder injury, leaving the coaching staff to improvise in regards to how they use the quarterback spot.
No matter what challenges present themselves through the week for the Commodores, Pike Central will ride into town Friday night looking to get a win. The Hawks are 2-1 in their last three contests with the loss coming at the hands of Letcher Central Cougars. Pike Central holds a slim 3-2 lead over the Commodores all-time.
This Friday night is an especially busy one for football fans in Perry Central. On top of Homecoming festivities, folks will take time to honor pediatric cancer survivors. Before the game, there will be a survivors walk and a balloon release. A toy drive benefitting the UK Healthcare Pediatric Oncology Unit will be running all night.
The Commodores and Hawks kickoff at 7:30 p.m Friday at Commodore Field.
Related TopicsHS Football